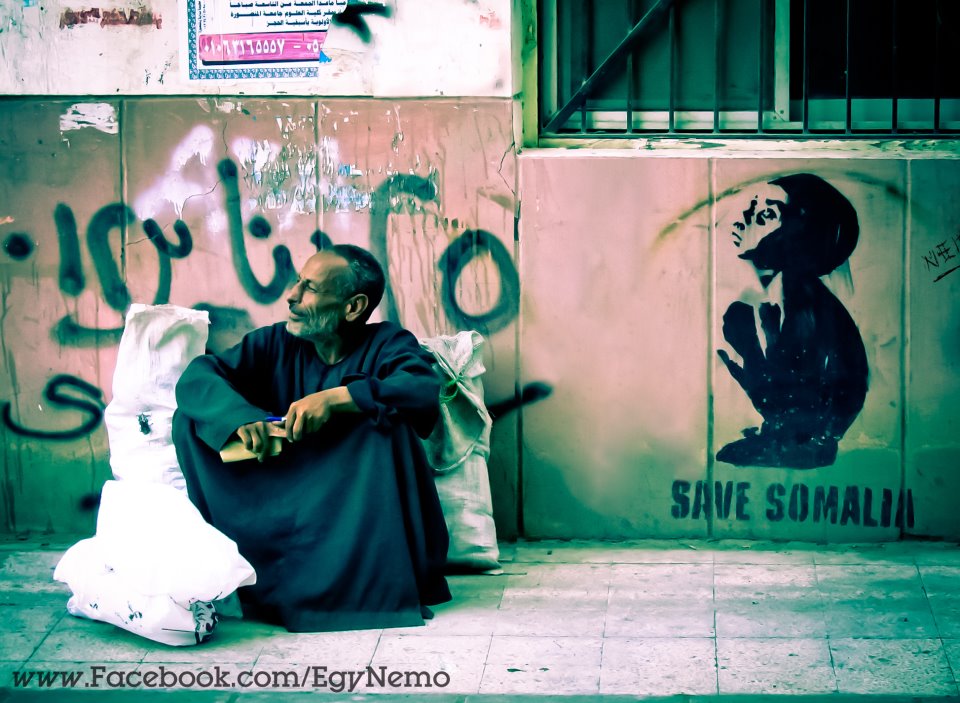 NeMo is a Street Artist based in Mansoura in [North East] Egypt. He became interested in graffiti from the internet. By seing pieces from famous street artists and he started making graffiti in the streets at the end of 2008. He prefers to paint in highly visible places like big streets where a large number of people pass. Topics he highlights in his works include: problems with SCAF [Supreme Council of Armed Forces] – they lie as they breathe; freedom against military trials; the martyred student Alaa Abd Elhady; famine in Somalia; the first martyr in Mansoura named Mohamed Gamal Selim; Ahmed Hararah – the most famous casualty of the revolution [Ahmed was a dentist blinded in both eyes after being shot with rubber bullets on two separate occasions]; and the fake media.