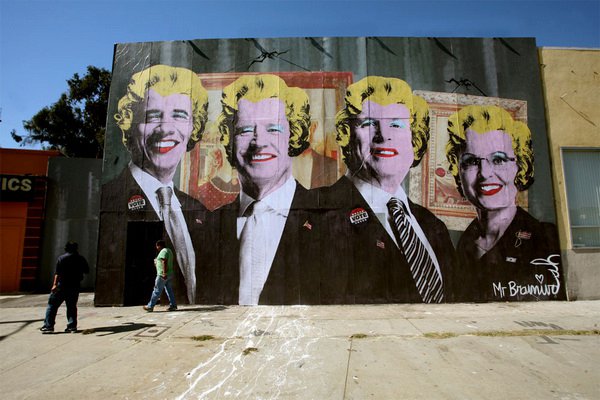 Mr. Brainwash is the moniker of Street Pop artist Thierry Guetta. Born in France and based in Los Angeles, Mr. Brainwash has been pushing pop culture’s envelope for almost a decade, bringing his art to the street, the gallery, and onscreen. Armed with wheat paste, spray cans, brushes and paint buckets, Mr. Brainwash began attacking the streets in 2006 with stencils and posters of beloved icons and quickly becoming a renowned figure in the burgeoning underground art scene. Now, Mr. Brainwash has brought his street art to six continents and attracted hundreds of thousands of visitors to his massive, multi-story warehouse solo art shows. He has created cover artwork and album campaigns for Madonna, Michael Jackson, Rick Ross, Red Hot Chili Peppers, The Black Keys, and others. He starred and was the subject of Banksy’s 2010’s Academy Award nominated film “Exit Through The Gift Shop.”