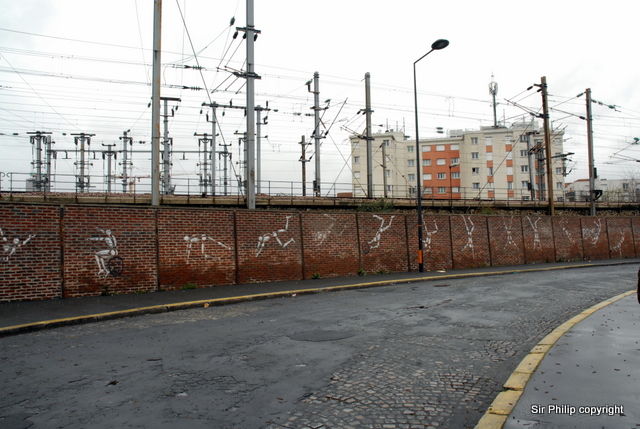 Jerome Mesnager is a French artist based in Paris. He entered the Ecole Boulle in 1974 where he trained as a cabinetmaker and where he taught later. In 1979, he attended cartoon and Yves Got Georges Pichard, professors in the School of Applied Arts Duperré.
It is one of the founders, in 1982, Zig-Zag, a group of ten young artists “zig-zag in the Jungle of Cities” who decide to occupy the streets and drawing graffiti, also briefly occupy the time of performance art, abandoned factories.
January 16, 1983, he invented the white man, “a symbol of light, strength and peace.” This white silhouette also called “white body” or “the white man”, Jérôme Mesnager was replicated across the world, the walls of Paris to the Great Wall of China.