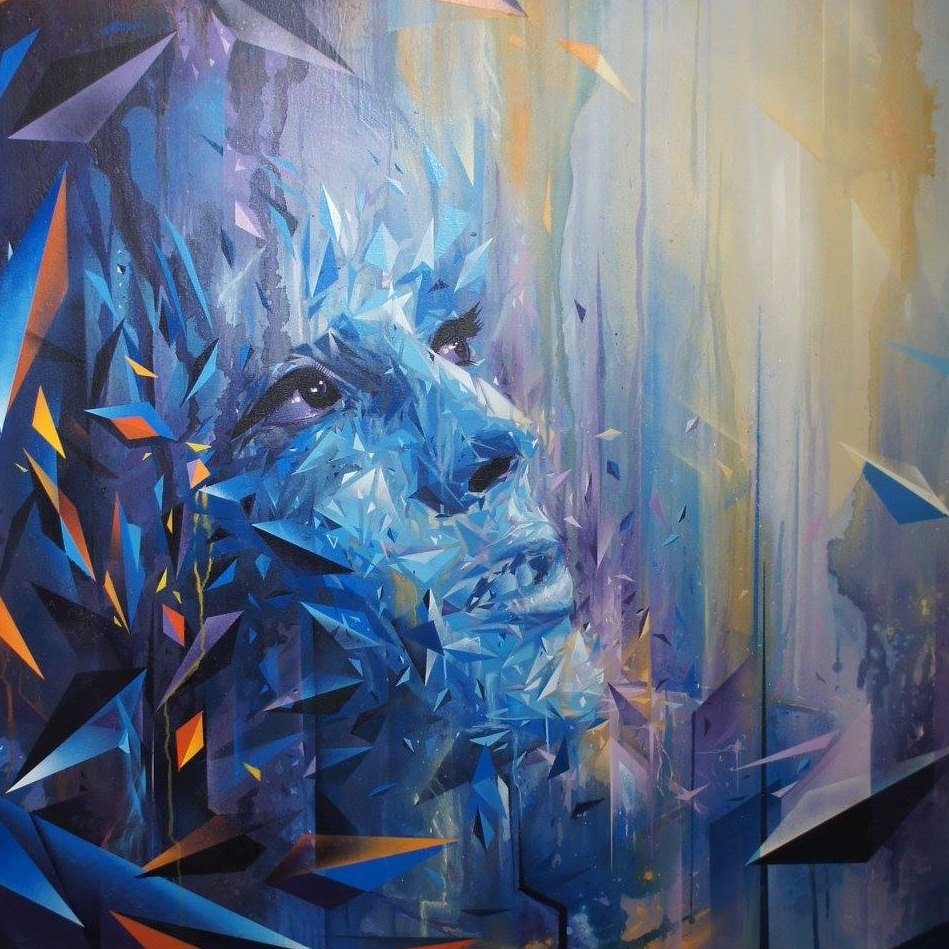 Mehsos is an independent Belgian painter, practicing for more than ten years, and part of the Street Art movement. He works on a variety of media in his workshop followed by the Filleul Gallery of Contemporary Art located in Charleroi. This desire to paint outdoors, in Europe and elsewhere, is ever-present in him and has allowed him to work more intuitively, and strongly influenced his art. As his work has evolved, he has progressed towards a certain abstraction and is currently refocusing the subject of his work on portraits and, more particularly animals, which he deconstruct in graphic and dynamic forms.

For a while, he has been working on the theme: “Animals are watching us”. His goal is to make animal heads in close-up on different surfaces. The idea is to adapt to the place and to paint an animal in cohesion with its environment and the country or the region where it is painted.