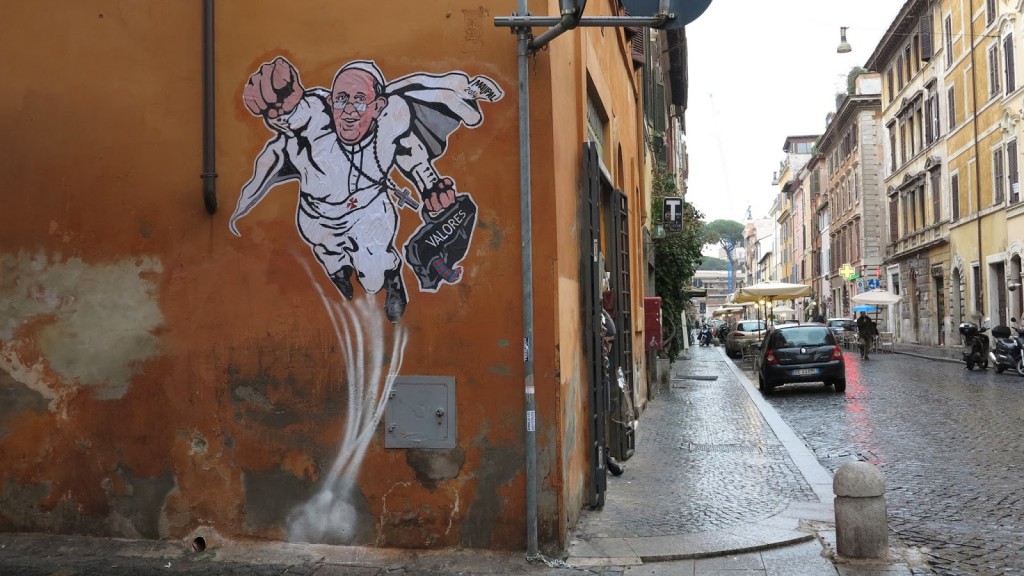 Mauro Pallotta aka Maupal, is an artist from Rome. he created large-scale paintings and ephemeral streetart works under the pseudonymous of Maupal. His ‘SuperPope’ graffito has achieved cult status since January 2014 when it was glued on a house wall near St.Peter’s Square in Rome.

Mauro Pallotta was received by Pope Francis within the next following days and he gave the Pope a small reproduction of the art piece. He also performs big streetart pieces such as “the eye is the only one who can see the beauty” in Rome , that was an homage to the italian Poet Pier Paolo Pasolini, and “TheYogaQueen”, a streetart homage to Her Majesty Queen Elizabeth II in East London. Maupal takes part in international street and contemporary art events and exhibitin galleries and in public institutes all around the world. He is currently living and working between Rome and London.