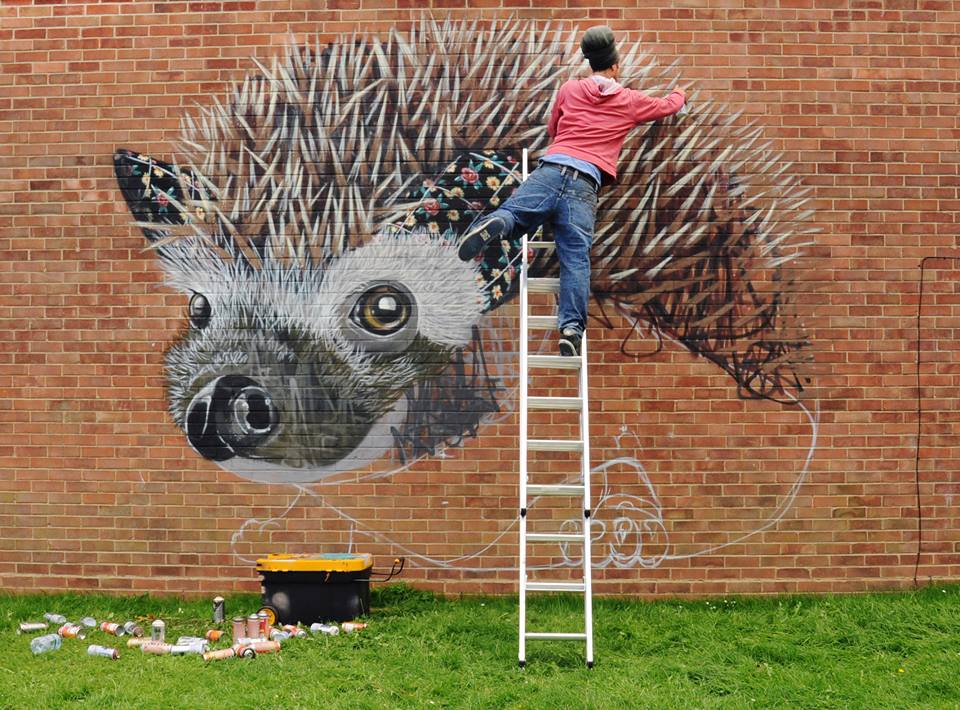 Louis Masai Michel lives in london since 2010. He maintains a fairly balanced combination of painting in the studio and painting murals in the public domain. He gets huge enjoyment from both elements and embraces the influences that both practices have upon each other.

He grew up living above his parents restaurant, which means he didn’t get a lot of time to hang out with his dad but when he finished service he would join him in the studio to do his art homework. When he wasn’t being a chef, his other passion for painting took over. It was then that his love for painting really started to flourish. He pursued to study and acquired a degree in Falmouth, Cornwall.

His subject matter focuses on animals but always strives to find a human reference to juxtapose an element that might not be previously obvious. For example with his show Afrofabrication he entwined fabric patterns to the animals in an attempt to comment on a human desire to cover up, or indeed use flamboyant colours to attract a mate. ‘Last of my kind’, documents critically endangered birds with references to extinct musicians. The idea for this series of work was to question why humans often fail to recognise a disappearing species yet mourn the death of a celebrity.

His recent documentation of endangered creatures and raising of awareness of statistics has on occasions brought the notion of activism to light. This title has been a bit daunting as he only sees himself as an artist but he definitely sees the power of visual language upon a wider audience and he enjoys utilising that power via his murals and the modern world of social networking.