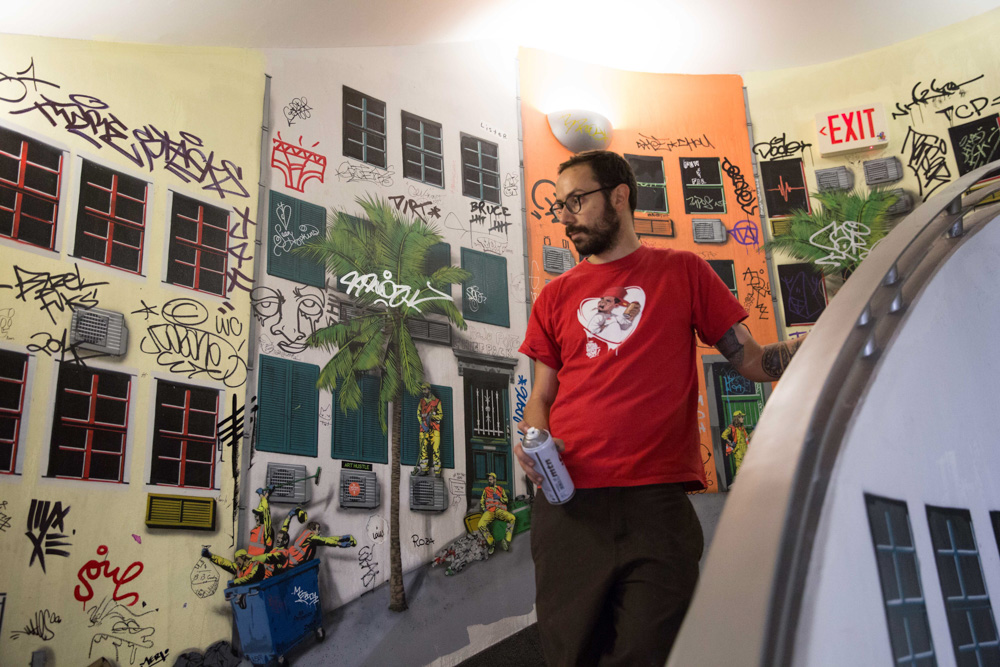 Jaune is a stencil artist and urban interventionist from Brussels, Belgium. His work is based on the paradox between the visible and the invisible, with sanitation workers the main protagonists in his humorous installations and paintings – an idea that was born from his own experience working in the profession.

Despite performing an important public service in garish fluorescent clothing, Jaune observed that he and his colleagues existed in the background of our urban environment, becoming almost invisible to the average person. It was in 2011 that he decided to free these characters from their roles by symbolically placing them in ever more absurd and whimsical scenarios in and around the city streets.

Those who were supposed to keep the world tidy have become harbingers of chaos. At the same time, Jaune encourages us re-evalaute our relationship with the individuals represented in his work.