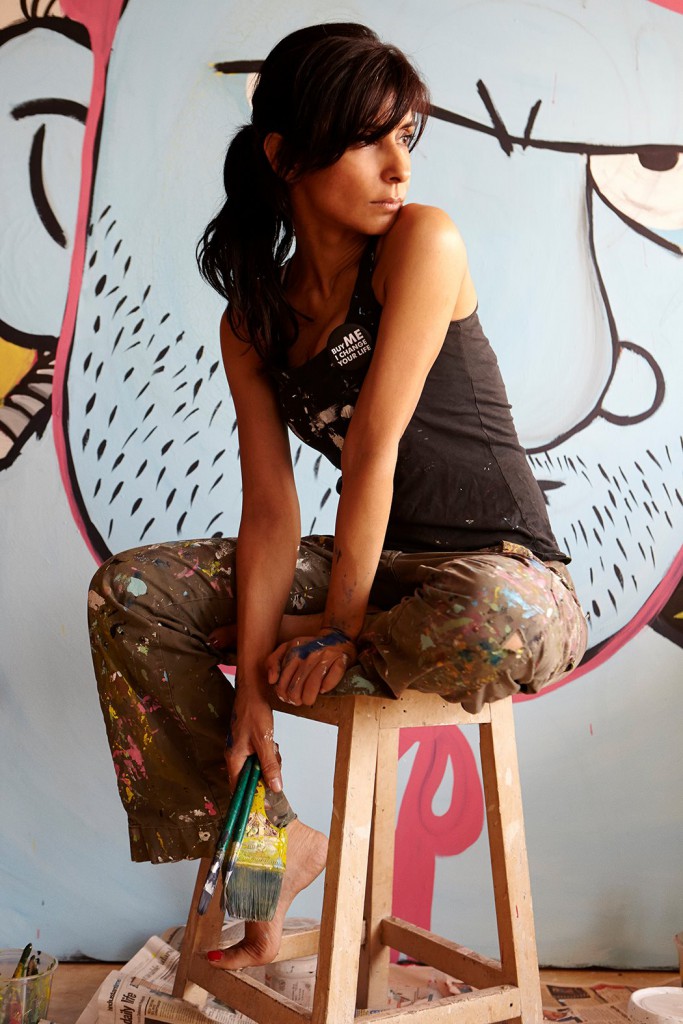 JAS aka Jas Charanjiva. Born in the UK, raised in Toronto and SF, further evolved in NYC. Now living in Mumbai where I drop knowledge on social issues through my art. In a place like India where people throw garbage and litter (often because there are no public garbage cans), I throw up art without permission. I don’t see why I can’t and shouldn’t. If the authorities tell me to stop, I’ll tell them to clean up the city first. #streetartitude

My most well-known piece is called Don’t Mess With Me (better known on the streets as The Pink Lady). I created her after the December 2012 fatal gang rape in Delhi that moved the nation like never before. The outrage on the streets lasted a month. What I basically saw protesters saying was “We’re not going to take this anymore.” The Pink Lady is becoming a symbol of Courage and Change for many women in and outside India. Stay tuned for more of the Pink Lady on the street with more impact and punch. #boom