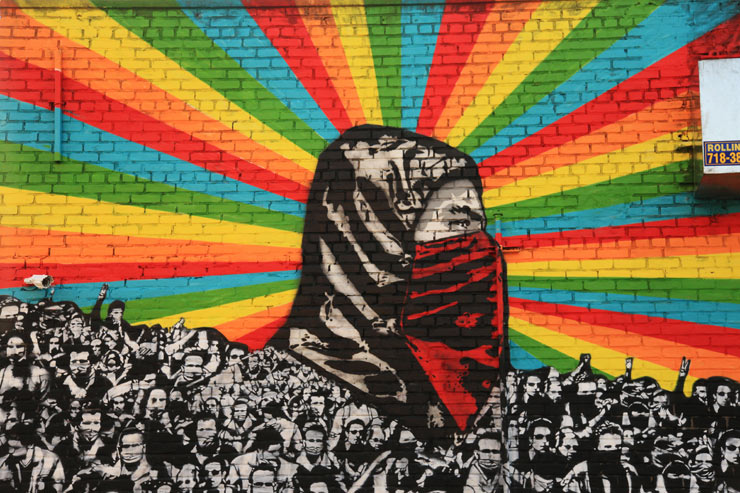 ICY (born 1985) and SOT (born 1991) are stencil artists from Tabriz – IRAN. they started their professional career in 2008 they had uploaded previous works as early as 2006 and they influenced and dragged their friends to street art. Their works are about peace, war, Love, hate, hope, despair, children, human rights and the Iranian culture.. The two brothers have held numerous exhibitions and un-official street works in Iran and foreign countries