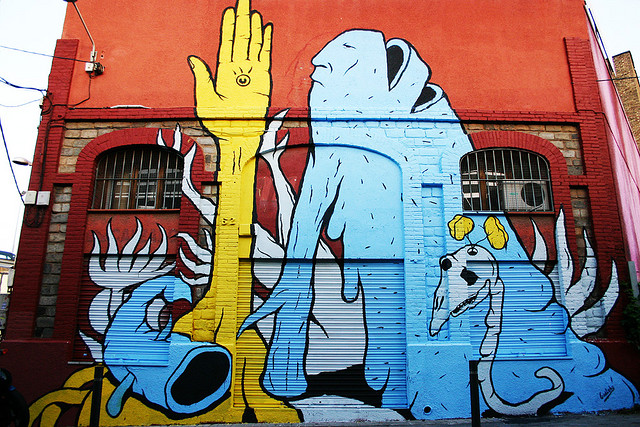 Gualicho – or Pablo Harymbat- is an Argentinian street artist based in Buenos Aires.
He has used his pseudonym since 2006 and he is constantly on the move traveling to discover the best spots to implement his works. He has been involved in art for nearly fifteen years now. He creates new worlds with his interconnected animals, plants and machines. His works also contain retro-futurist cities and characters which reflect archetypes within human beings. His work is influenced by folk art, religious icons, comic graphics and psychedelia. As a person he is deeply affected by the culture of graffiti, comics, tattoos, skate and rock. Since 2000 he also works in the audiovisual development business.