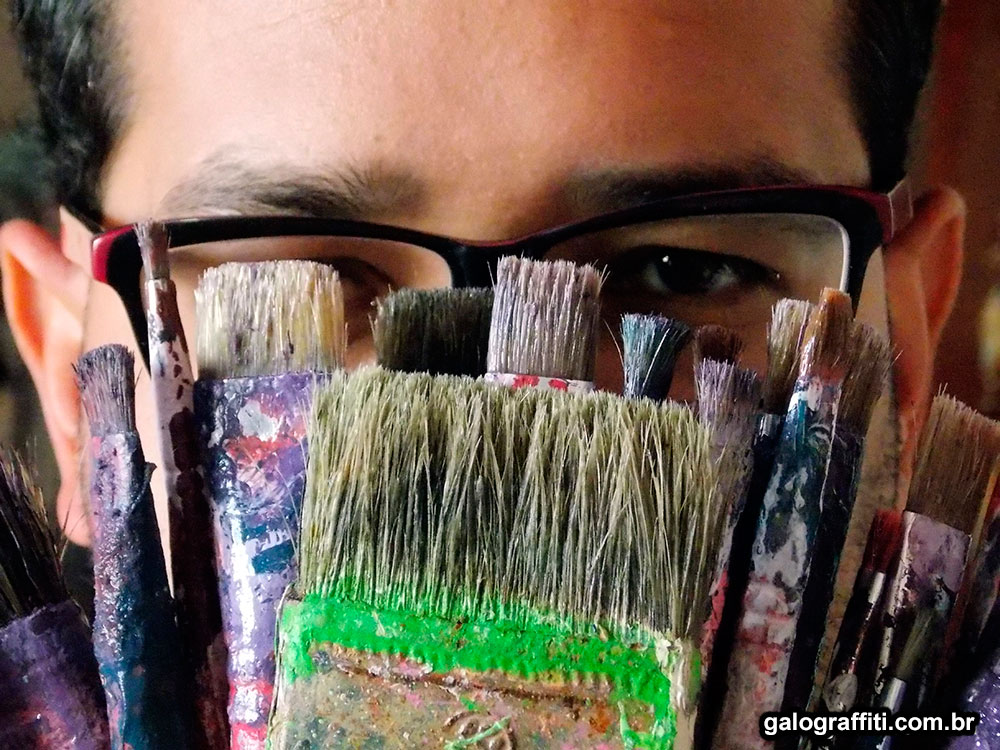 Born in São Bernardo do Campo, São Paulo – Brazil, graduated in Architecture and Urbanism, he has been drawing and painting since 1993 and has participated in collective exhibitions since 2002.

In June 2009 he began to make urban interventions in the city of São Paulo, in these interventions he uses raw materials such as latex paint or water based enamel paint.

In his works he creates a playful universe, his compositions are mostly monochromatic and interact with the dirt of the wall or any other existing intervention.

In 2012 he was invited to participate in the 2nd. International Biennial of Graffiti no MuBE – São Paulo, in the same year was named for the 3rd Edition of the Urban Art Award – (Artaq – 3rd Urban Arts Awards) – France and participated in the ARD * POP-UP 2012, a graffiti festival held In Oslo, Norway, by the gallery All Righs Destroyed, still as part of the Festival, participated in a collective exhibition of the same name.

In 2013 participated in the 2nd International Graffiti Biennial in MuBE – São Paulo and a parallel exhibition, the 2nd GFA in the Cultural Matilha.

In 2014 he was part of the 4km project, where he held a panel of 100m in length, in 2015 he was invited to participate in the graffiti project on Avenida 23 de mayo, considered today the largest graffiti intervention in Latin America.