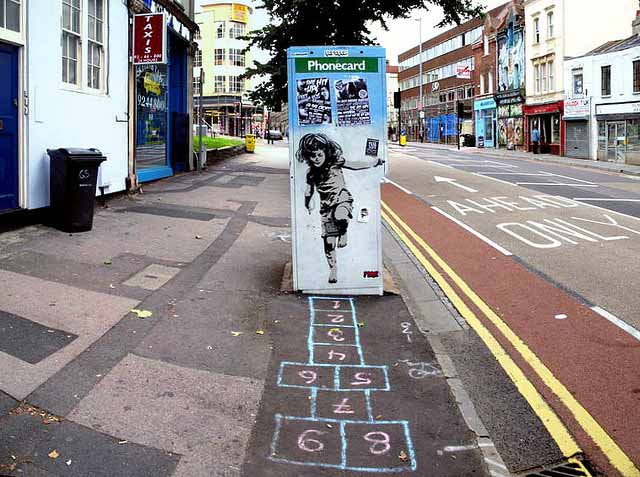 FAKE is a Dutch artist from Amsterdam. Born in 1980 he has been doing graffiti and street art half his life. Growing up in a grey and boring environment, FAKE felt the urge to bring a smile on other people’s faces through irony and humor. After discovering the power of stencils, he was hooked. He is a self-taught and started experimenting and combining styles early on to come to a unique signature. FAKE’s work is some of the cleanest stuff around. His clean, taut work, full of color, has been in shows all over the world; from Holland, Norway, Denmark and the UK until the US and even countries as Iran. Apart from being a perfectionist, FAKE’s signature style is that of storytelling. Stencils give him the power to use any image on any desired background and give it a humorous or ironic twist. One of his most iconic works, FAKE love, tells the story of how love can hurt. Seeing people around him being heartbroken, inspired him to make this artwork.