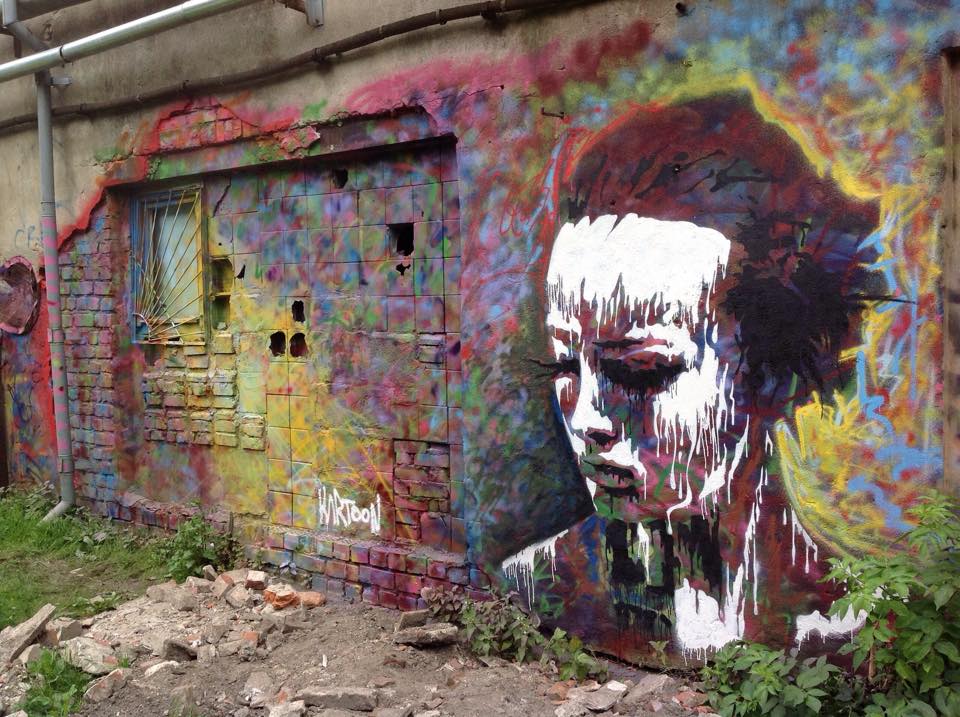 El Kartoon is from Kaliningrad in Russia. He started with graffiti in 1997 and this became his passion. In 2008 he began to use the stencil technique.
In his works he likes to show how people depend on gadgets and how they tightly became part of our lives. El Kartoon had a personal exhibition in 2014 in Kaliningrad, Russia.