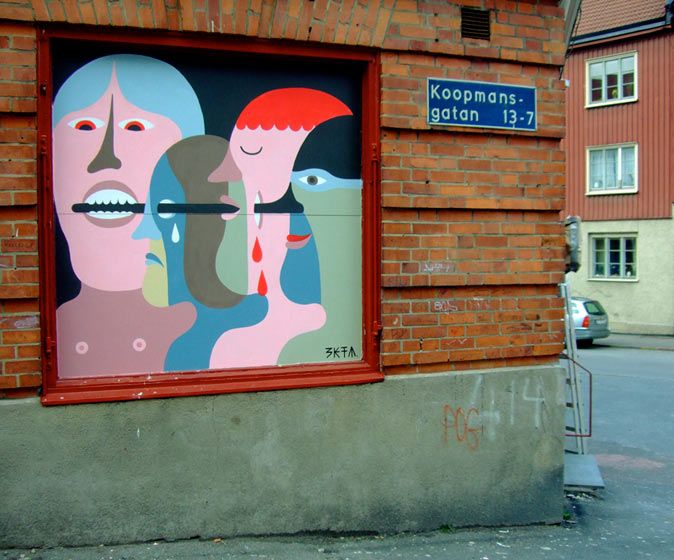 Ekta is a street artist based in Gothenburg, Sweden. He has a strong individual style. Huge fields of colors, often not separated by outlines, making obscure and mysterious, furthermore particularly abstract forms.

Ekta (Daniel Götesson) born 1978, got his education at London College of Communication and whilst now living in Gothenburg he works all across Europe. During the last couple of years Ekta has created a number of large murals in Sweden, Poland and England amongst other countries. He mainly works with painting but also sculptures in material such as concrete and wood, this he has done lately in conjunction with public art commissions for the municipalities of Östersund and Trollhättan. He has had several solo exhibitions as well as being part of exhibitions in galleries and institutions all around Sweden as well as several other European countries. He has also been asked to create illustrations for New York Times and he created the official poster for Göteborg International Film Festival 2010.