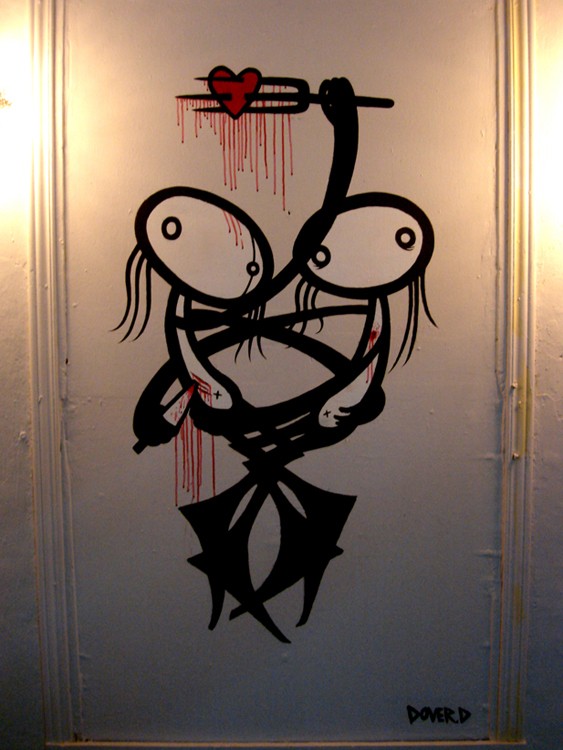 Dover.D‘s stencils of gas-masked characters in a range of poses began to surface in Tel Aviv back in 2007. While most of the street art back then was confined to South Tel Aviv’s industrial district, Dover.D’s’s work often landed in the center of town. Within the next two years, he became identified with a range of urban interventions, and his street art images became increasingly diverse. Amazing artist from Tel Aviv!!