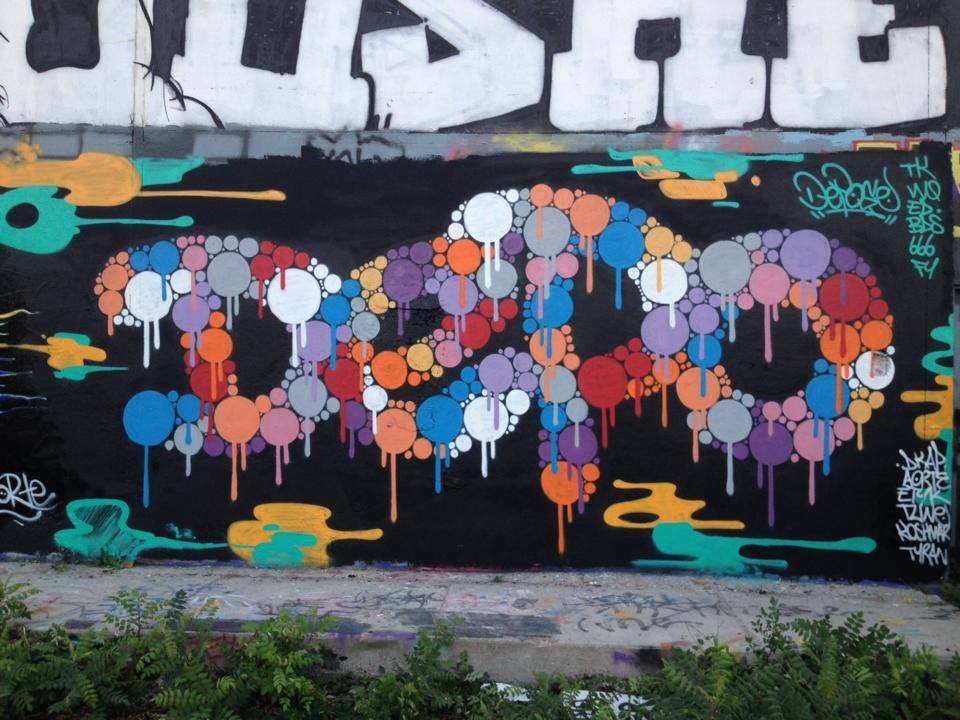 DEPOSE (also known as MR DEPOSE) is a French street artist, DJ and musician born in Sète (south of France) in 1977.

At the age of 11 he discovered the urban culture (skateboarding, graffiti, hip hop…) and in 1992, in Montpellier, he met with EONE (a member of the TMDR Crew) who decided to teach him about Graffiti and Hip Hop music.

Like most street artists he started painting/tagging in the streets, railroads, trains etc.. With other graffiti artists like AMON , REKA, EONE , EXODUS …. He also began working for communities, associations and started painting on canvas.
At 18 he entered the preparatory school of Fine Arts in Sète where he spent one year perfecting his drawing technique  with his friend BAULT with whom he started the TK collective. After that he travelled and jointly painted with artists such as ACEK, REY, ZOMA etc…  Until he found a job of graphic designer for magazines (Art View, GRAFF IT … ) or designing T-shirts while mixing as DJ.

After spending 2 years in Paris (working with the 666 Crew), He started exhibiting in different places , in the South of France or participating in projects with local councils ( painting many skate parks etc.)

Today, DEPOSE is still member of many crews in Paris, Montpellier and Sète (like : 666, TK , ED, PF , BDS, WQ , FY ,%) and work as musician in Hip Hop or electronic music bands like URBANBASS , nefarious or Moonson among others.

His current work is a mixture of tag, calligraphy inspired by the Hip Hop codes, imaginary worlds, and free figuration in black and white or color.