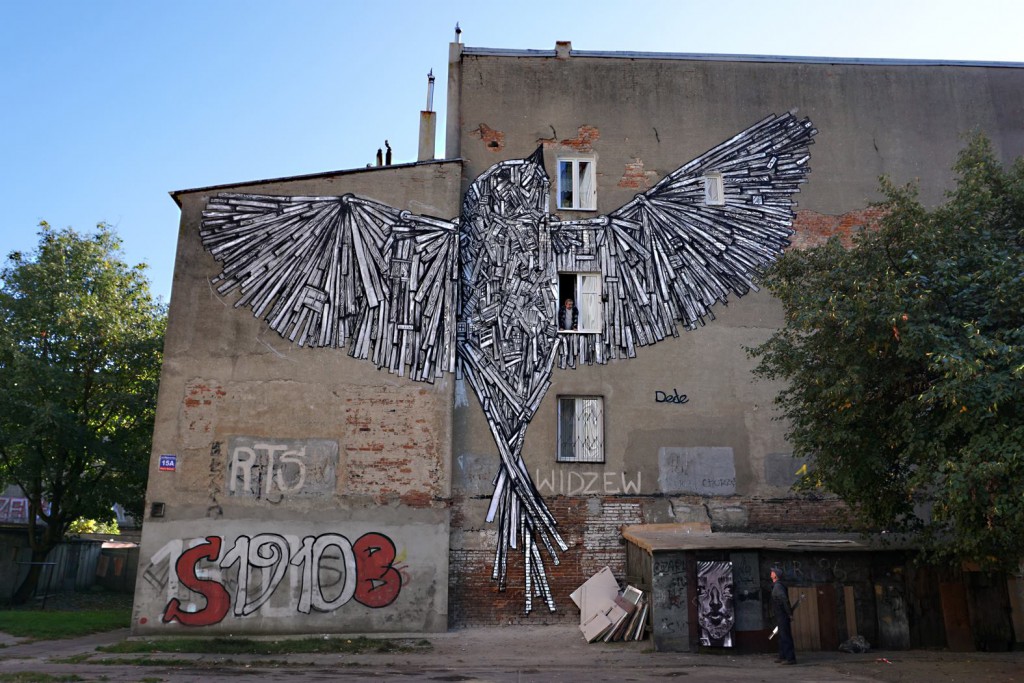 Dede is a Tel-Aviv-based conceptual artist who utilizes various mediums to communicate within the public arena. He has been displaying his art on the streets of Tel-Aviv and other cities worldwide since 2006. A self-proclaimed ‘urban tourist’, Dede strolls through the dynamic urban environment, complementing it with creations that focus on the absurdity of the urban existence.

Dede’s creations aim to promote reexamination of personal and societal conventions. His art revolves around issues of identity, belonging, loneliness, alienation, and the consequent desire to escape reality, either physically or spiritually. Dede’s art presents the viewer with a dilemma and/or its solution in an ironic and complex way. His public creations present citizens with art that is devoid of the mediation and meddling of galleries or curators.

Influences on Dede’s art include the environment, architecture, art, rhythm, sound, politics, and passersby. It is dependent on impulsiveness, fate and mood. It is spontaneous and entails unrelated ideas that enmesh to form new content. The thought, idea and message always arise before the production of the piece, and dictate the chosen medium. The urban landscape is part of the creation process as is the final chosen location. As such, the urban environment serves as Dede’s home and is used as a backdrop as well as an integral part of his art.