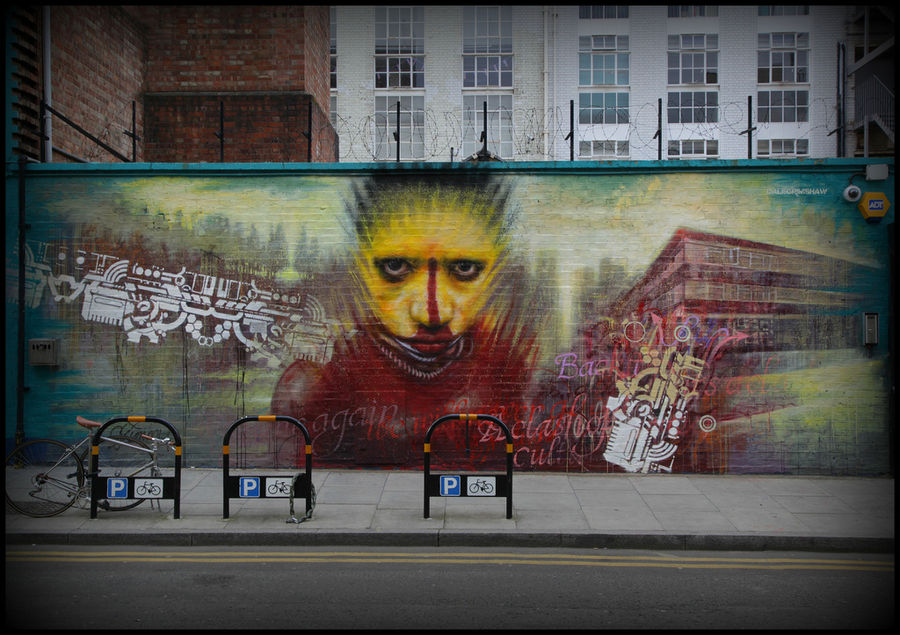 Dale is an English artist established over a period of six years as being one of the most respected and individual artists on the London art scene. Collectors and buyers have appreciated his distinctively direct and passionate style internationally. Dale was born in Lancashire. He studied at Blackburn College of Art and then went on to achieve his Bachelor of Fine Art degree at Middlesex University. As a student Dale won the Apthorp Fund for young artists and then went on to win the Liquitex Student Award in the USA. As a result, he was able to exhibit at the Academy of Arts in New York and in the Cable and Wireless exhibition in London.

Dale had his first solo show, Echoes And Exorcisms, at Signal Gallery Hoxton, London in April 2008. This show was extremely successful and he rapidly became one of the leading up-and- coming artists in the London Urban Art scene. This led him to being invited to take part in a number of festivals across the UK including 2008 the Supercans Festival and also Upfest in Bristol in 2008 and 2009, where his outdoor work created quite a stir. More recently, he has contributed to the Street Art scene with a series of striking and dramatic woodcuts prints that he has pasted up in London and Europe.

Dales’ next two solo shows ‘Heart In Darkness’ (2009) and ‘Arcana’ (2010) were both very well received, leading to a large amount of press coverage, including a thirty page feature in Mynameis magazine. His most recent solo show ‘Semi Detached’ at Signal Gallery saw a considerable progression in his style and technique, as well as being a very personal statement.
He has contributed works to several high profile charitable events, notably the Street Art awards where his work was chosen to feature in an article in The Independent newspaper and on the BBC. Dale’s work has been seen in a number of group shows internationally in Paris, Berlin and in the USA.