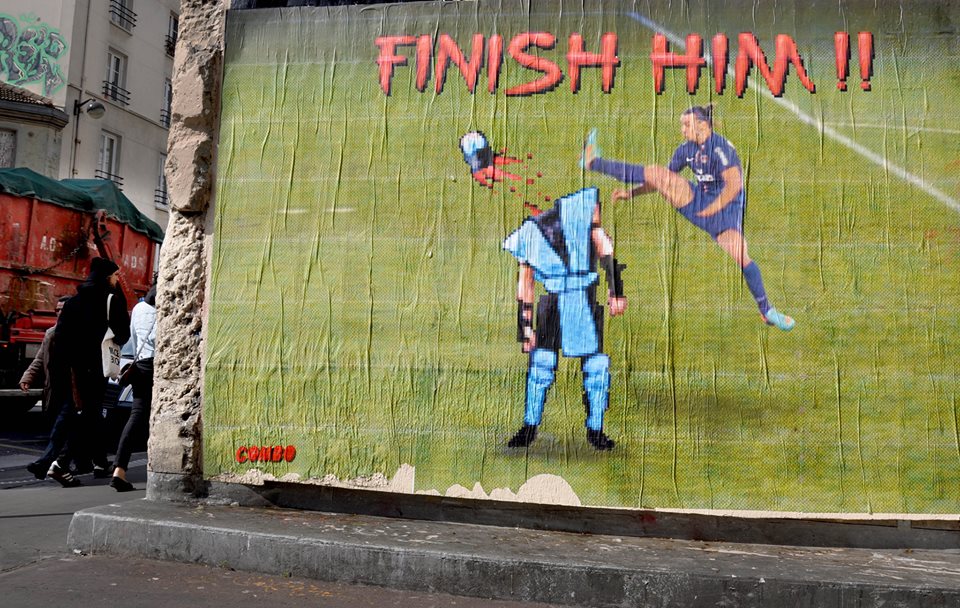 COMBO, or COMBO Culture Kidnapper, is a French street artist who started by doing graffiti art in 2003 in the South of France. After seven years spent painting from Monaco to Marseille, he moved to Paris in 2010 and became an art director at a major advertising agency. Putting his spray paint cans aside, he then started doing wheat paste.
Combo’s work focuses around visual hijacking, as illustrated by his cartoon series in which he manipulates iconic pictures, replacing some elements by others taken from the comics or the video games universe to change these pictures’ meaning according to what he wants to express.By appealing to generation Y’s pop culture, Combo hits his target at heart and takes it back to the unfairness that makes our world – whether cultural, financial or identity-related.