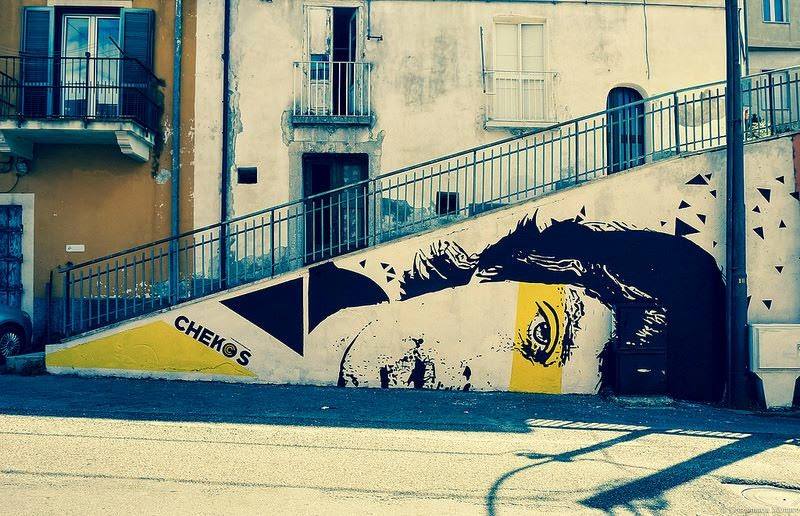 Born in Lecce (South of Italy), he was raised on the street in the surroundings of city blocks, where each part of every-day life was ruled by mafia. As a teenage rebel, at the age of 13 he moved to Milan, where he made his first steps as an artist in 1995 as a writer.

The reality of poor districts of Milan, social centres and occupied flats influenced him significantly. He was absorbing and experiencing everything what street life brought. Thanks to his inborn diligence and self-sufficiency, he was making a living performing many different tasks and projects, which at the same time allowed him to develop his passions and interests.

Traveller by nature, in search of new experiences and inspirations, he began exploring the world from Eastern Europe, got to India and New York, to finally return to his home town in the South of Italy in 2008. Years of experimenting on the graffiti and freestyling scenes and experiences he had gained enhanced the need of revolutionising his creative activity.

He has been inspired by new art techniques, such as stencil or collage, which have become new means of his artistic expression. With his revolutionary character, he sees art as a continuous search of ways of expressing one’s own perspective. Apart from painting, he is engaged in graphics, photography, making book illustrations and covers as well as the organization of cultural events. Currently, he is artistic director of the “BFAKE cultural agency”.

The artist has contributed to many exhibitions in Italy and abroad. He is the main initiator and founder of “Street Art South Italy” and 167 /B street.