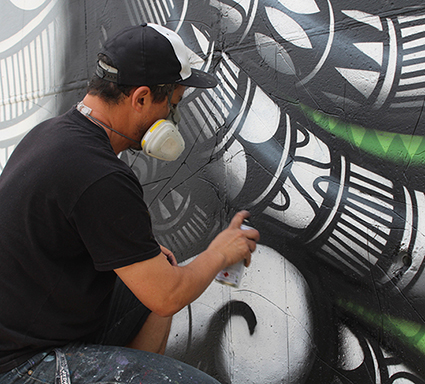 Cadu Mendonça, a.k.a Cadumen is a Brazilian street artist and illustrator living in São Paulo. In addition to coloring the city streets in Brazil, Cadumen has already exhibited his works and produced large-scale murals in Europe, United States and Asia. Among his most important works, Cadumen has already painted a mural in the Olympic Village for the Rio 2016 Olympic Games, had his art stamped on a wind tower in Pernambuco, participated in the IV International Graffiti Fine Art Biennial – 2018 and recently painted 2 buildings over 20 meters high in China, representing Brazil at an International Festival.