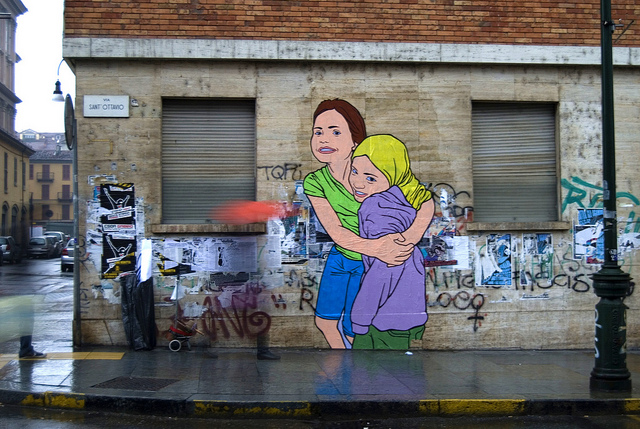 BR1 is an Italian artist based in Turin, his works are based and influenced by the city life. For him, art must transmit a social message and bring collective awareness. BR1 is fighting the hegemonic policing of sense imposed by late capitalism by ripping out advertising on billboards or giving a new face to Muslim women. The point is to fight hegemonic ideas and to give back the public space to the public. With his colourful images and comics-to-pop-inspired portrait, BR1 makes the city more liveable and harmonious. Yet, when pasting up a draw on billboard, ripping out bills from the billboards or playing with the message of the bill and modifying the meaning of the ads; BR1 is criticising consumerism. His aim is to give social and cultural functions to billboards which, while lacking of those, are imposed to society.