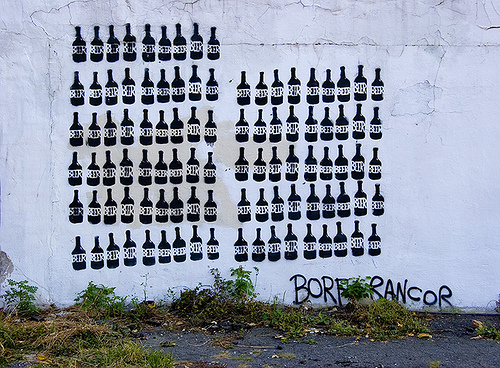 Borf was a graffiti campaign seen in and around Washington, D.C. during 2004 and 2005, carried out by John Tsombikos while studying at the Corcoran College of Art and Design. This four letter word was ubiquitous around the Northwest quadrant of Washington, and ranged from simple tagging to complete sentences to two-colour stencils to the massive defacement on an overhead exit sign from the Theodore Roosevelt Bridge to Constitution Avenue. Tsombikos was arrested on July 13, 2005 after tips led police to his latest tag. The graffiti was also reported to have appeared in New York City, San Francisco, Raleigh, North Carolina, Rome, Italy and elsewhere.