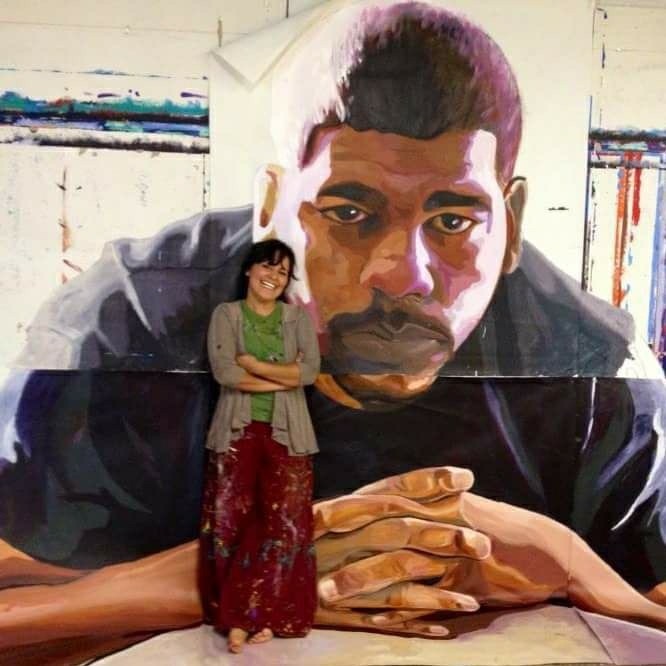 Betsy Casañas is a Visual and Public Artist, an educator, a community activist and an organizer. She is the director of A Seed on Diamond Gallery (S.O.D.) and founder of Semilla Arts Initiative. Casañas has 25 years of experience in the arts and has created over 40 murals worldwide. Creating safe spaces has been a vital part of her work. Growing up in North Philadelphia, one plagued by violence, where gunshots like firecrackers were the sounds heard throughout her young life, she saw, how easily one can lose their voice. As a Latina artists who has been working in communities of color around the world she understands the importance of the people living in these communities to see themselves reflected in the artwork and in the leaders of the their communities. Communities of color have been depicted in a negative light on social media, news and television as second class citizens who should be feared. She believes it is the obligation of artists to reflect the times we are living in and to highlight the people’s story and change the narrative that has been created for us. By normalizing and humanizing our collective stories we create communities that are more tolerant.