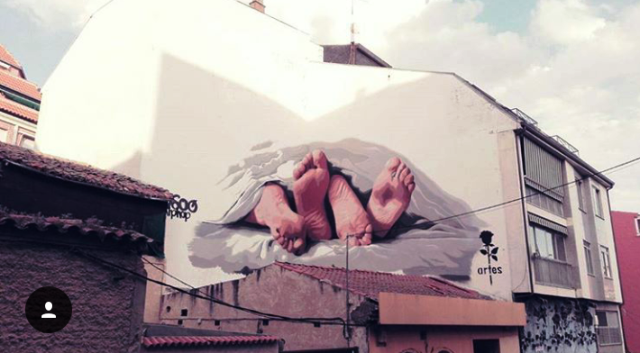 Born in LA BAÑEZA, Leon, Spain, in 1989, ARTES studied Graphic Design and Illustration for four years before joining the music industry as a graphic designer.

His first steps into graffiti have been in the streets of La Bañeza during his childhood, influenced by local artists from which he learned the technique.

His style is versatile although he often uses figurative subjects in his large format paintings.

We can find his artwork in different Spanish cities such as Alicante, Ourense, Benavente or León. He has participated in the last editions of the ArtAerorap Festival being part of the organizing committee.