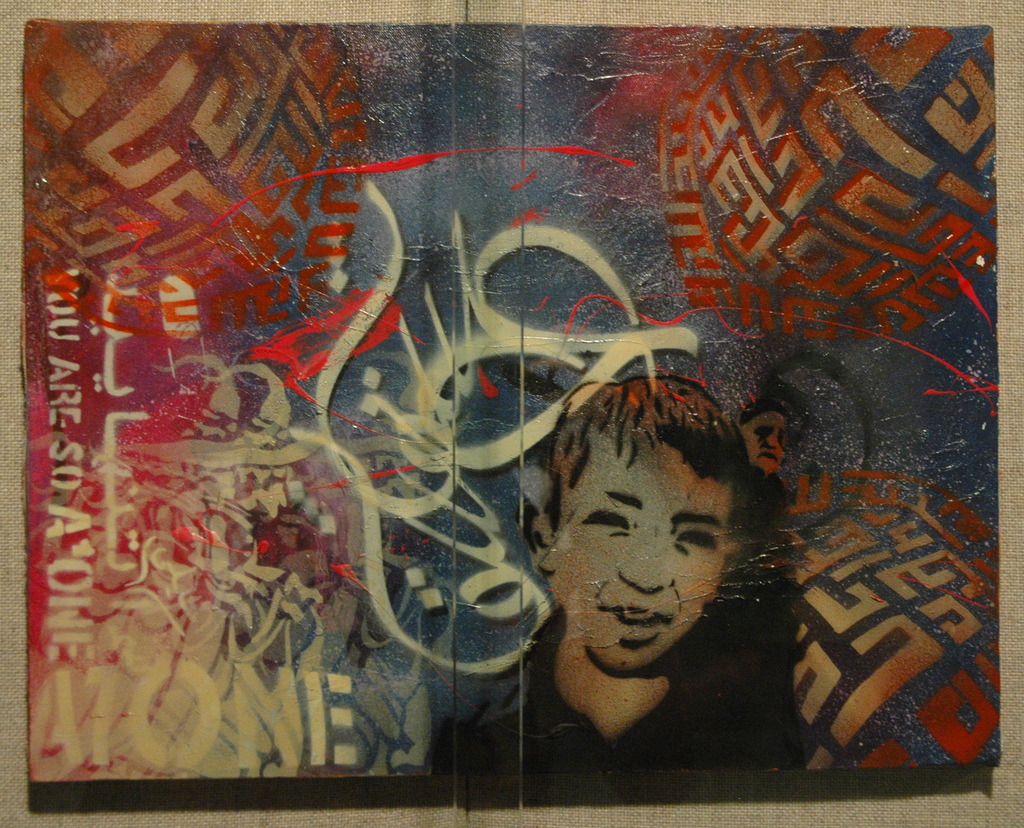 A1one is the most prolific Graffiti writer working and creating streetart and graffiti in Iran and inspiring a whole generation of new visual artists in the region.. First Experiences on with Spray Can (1995), A1one started Painting on Tehran Walls in 2003 in his Neighbourhood in Tehran and soon Expanded his work to Tehran city center.
Since June 2012 A1one resided in Germany.After he had been kidnapped by Iranian Civil police…Accused wrongly to be a political activist. A1one Has never been interested in Politics but social subjects have always been the base for the artist’s viewpoint and body of works.