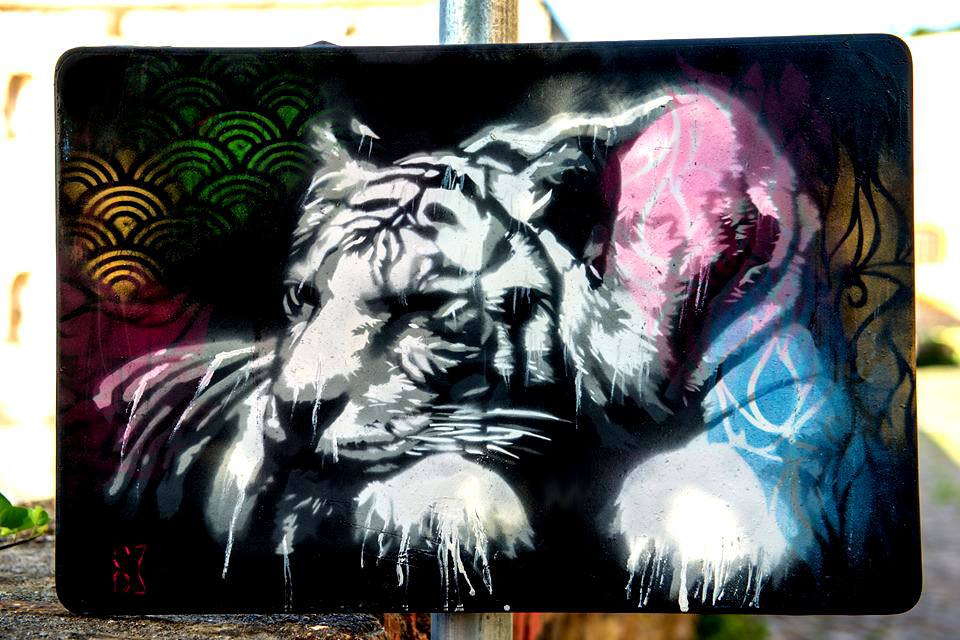 0707 is an Italian visual artist and human based in the London (UK). The common theme of his work are human beings,   and the interaction between them. Late 2012, 0707 started his career as street artist, in Rome (IT) without any artistic or academic background.

The first approach in the street art world was representing unconventional human beings on street elements such as road signs, wooden panels and letterboxes. The colorful portraits were created adopting a multilayer stencil technique, transforming the street element in a canvas.

In 2013 started the “This is a Good Kiss spot” project, involving the audience and creating a worldwide network of volunteers to spread the message in the five continents adopting the sticker, a common tool in the street art, to make it viral. The project is still ongoing, with over one hundred of volunteers involved so far, in 87 countries.

Moved into the UK  and subsequently in London in the 2014 he started a series of new experimental portraits on the street. His study is focused on an aesthetically research through the stencil and freehand technique , always evolving. And the same time he’s involved in several viral o guerrilla projects with the common theme of communication and dialogue between different individuals, trying to break the social urban conventions.