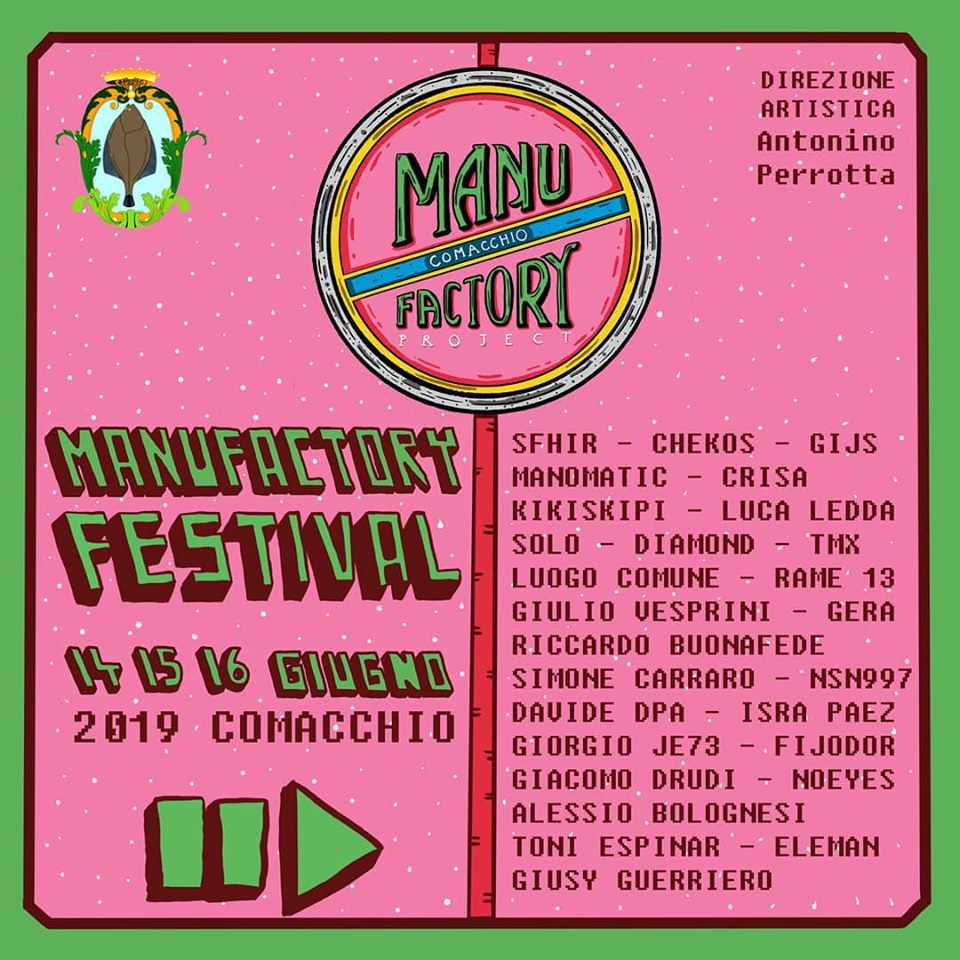 Manufactory Project, the festival dedicated to urban art and its chameleon-like character, returns to Comacchio for the second consecutive year,

with a program full of new artistic interventions and the creation of real works of public art by great names on the international scene.Three days, three places, 25 artists involved for the second edition of the festival, which in just one weekend, from June 14th to 16th, will see important artists of the contemporary scene mark walls and buildings of the small lagoon city with their own style, enriching comacchiese street art of new masterpieces.

Promoted by the social promotion association Spazio Marconi, manager of the FabLab MakeInCo of Comacchio, the Manufactory Festival was born from the need to enhance urban art in the municipality of Comacchio, which arrived in 2005 when one of the most famous street artist laid his brushes on some buildings in the country: BLUE. Thanks to the Spina Festival cultural initiative, Comacchio boasts works of great prestige not only of BLU, but also of Ericailcane and of the English artist Lucy McLauchlan.

Mission of the Manufactory Project is the enhancement of all public art, carried out through a double operation: on the one hand protecting the works that already color Comacchio and on the other increasing the artistic and cultural proposal of the chosen places, with the new works of international artists hosted every year.

The Manufactory project was born in 2017 from an idea of Riccardo Buonafede, a Comacchio artist who proposed to the municipal administration to paint some walls of degraded buildings with the aim of redeveloping abandoned and abandoned areas. From here comes the first edition of the Manufactory festival in 2018, which brings the signatures of Dzia, Krayon, Ironmoud, Alessandra Carloni, Davide Bart Salvemini, Cognitive Dissent, Reve +, Brome, Paolo Psicho, Riccardo Buonafede along the entire area of the Stadium Laucky, Yopoz Carlo Bascelli, Antonino Perrotta and many others. 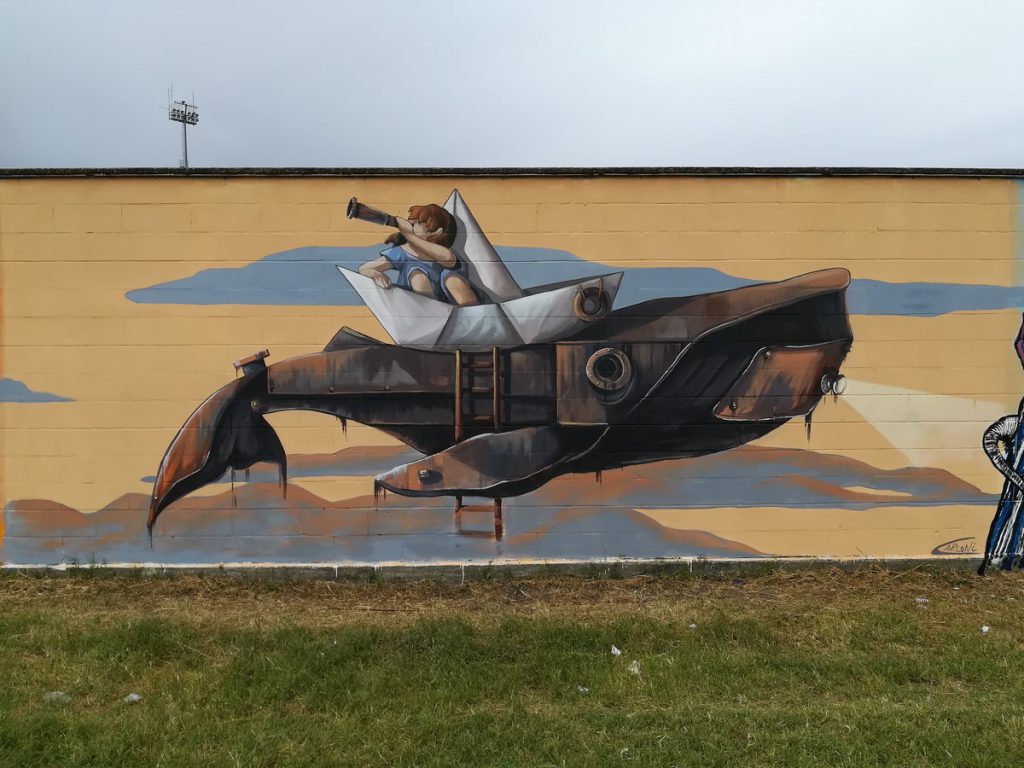 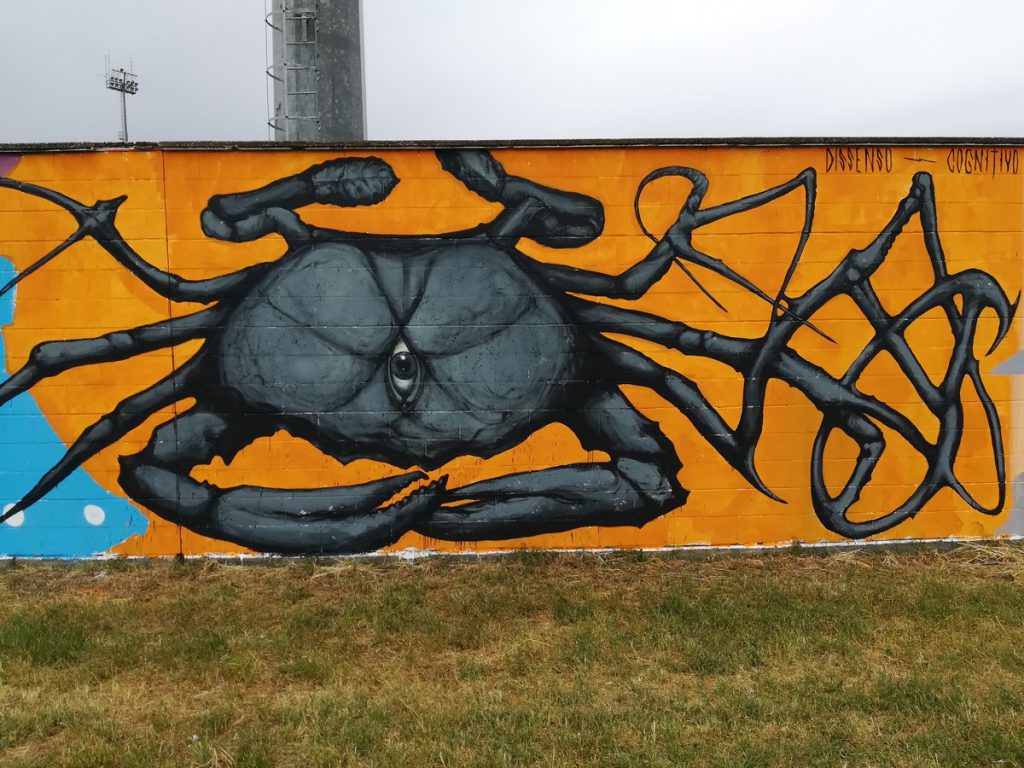 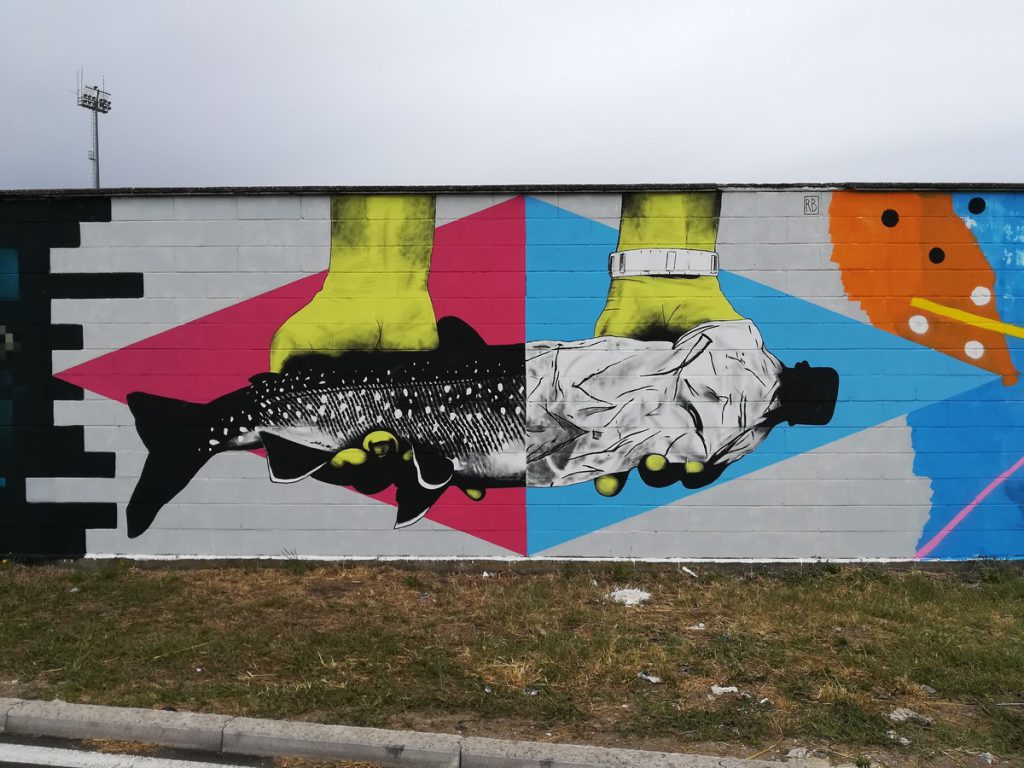 The theme of the 2019 edition is “the bridge”: Comacchio, called “the little Venice”, is an ancient lagoon village whose bridges are characteristic but also fundamental in the area, as they create links between what were once islands. And it is precisely to highlight the concept of connection that Manufactory is in continuity with the OSA festival in Diamante (Cosenza) organized by Antonino Perrotta, artistic director of this second edition of the Manufactory, with the festival Vedo a Colori, coordinated by Giulio Vesprini in Civitanova Marche, and with the 167/B festival led by Chekos in Lecce.

In collaboration with: Spazio Marconi