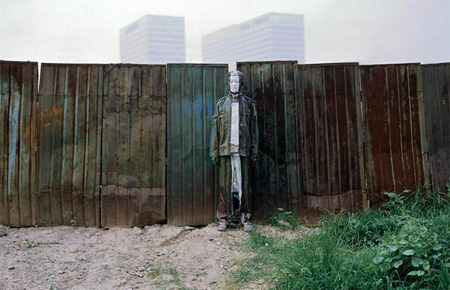 Liu Bolin Invisible Man Liu Bolin, taking pictures of himself, camouflaged in the urban surroundings! His work has been exhibited in museums around the world. Also known as “The Invisible Man”, Liu Bolin’s most popular works are from his “Hiding in the City” series; photographic works that began as performance art in 2005. In February 2012, Eli Klein Fine Art Gallery, which represents the artist, announced a collaborative project between Liu Bolin and designers Gaultier, Valentino, Lanvin and Missoni that was featured in the March 2012 issue of Harper’s Bazaar magazine. What a pitty…