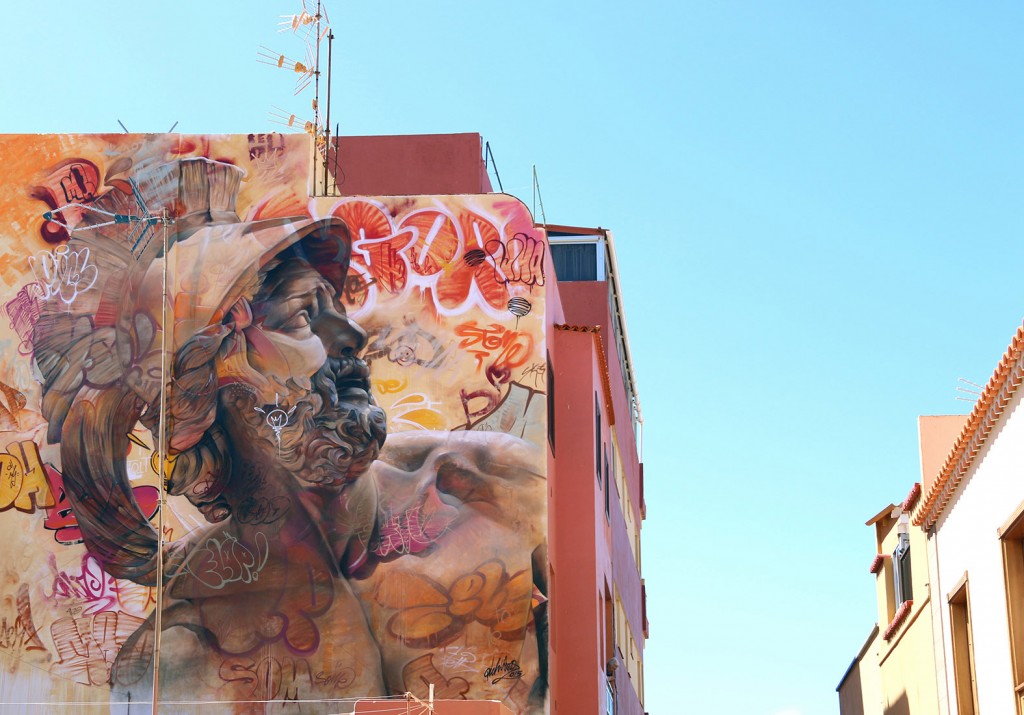 The latest  wall by Spanish duo PichiAvo is now finished. It has been done for a festival called Puerto street art in puerto de la cruz- Tenerife/ Spain. According to the artists, it is a special wall  because they dont usually work that much in Spain despite them being from Valencia.