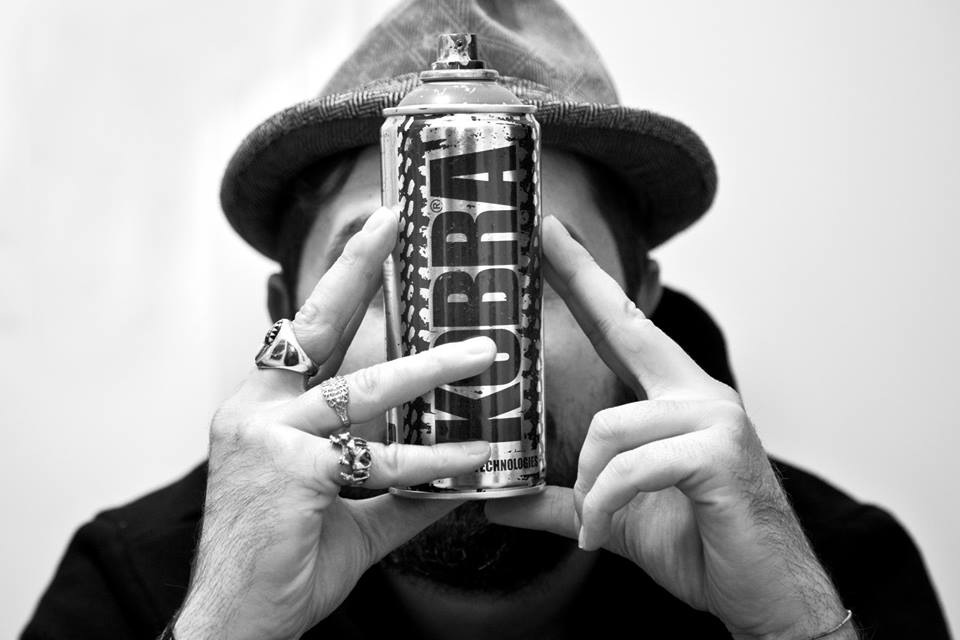 His name is Matteo and he lives in Rome. Over the years, his passion for Street Art and his many techniques has brought him closer to the world of stencil. Producing a stencil, looking for shadows, choosing colors is very difficult, but going forward, his passion and determination made him fully grasp how fascinating this technique is.
In his canvases he prefers to paint portraits, close-ups, expressions of everyday life. It is precisely in the looks, in the smiles, in the imperfections of his face that we can grasp who we are. END_OF_DOCUMENT_TOKEN_TO_BE_REPLACED 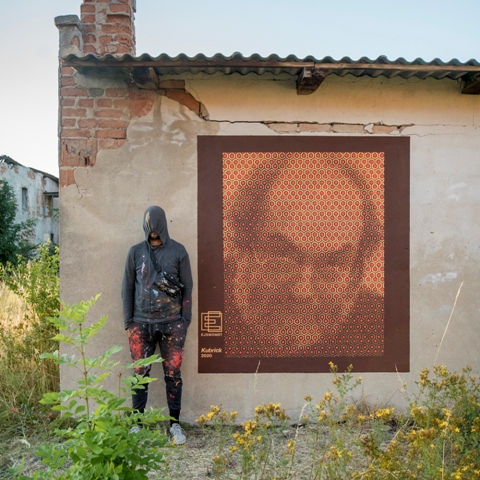 Most of you have seen the epic thriller starring Jack Nicholson in The Shining. Its been fourty years since it was released and its been one of the most known productions by British director, Stanley Kubrick. END_OF_DOCUMENT_TOKEN_TO_BE_REPLACED 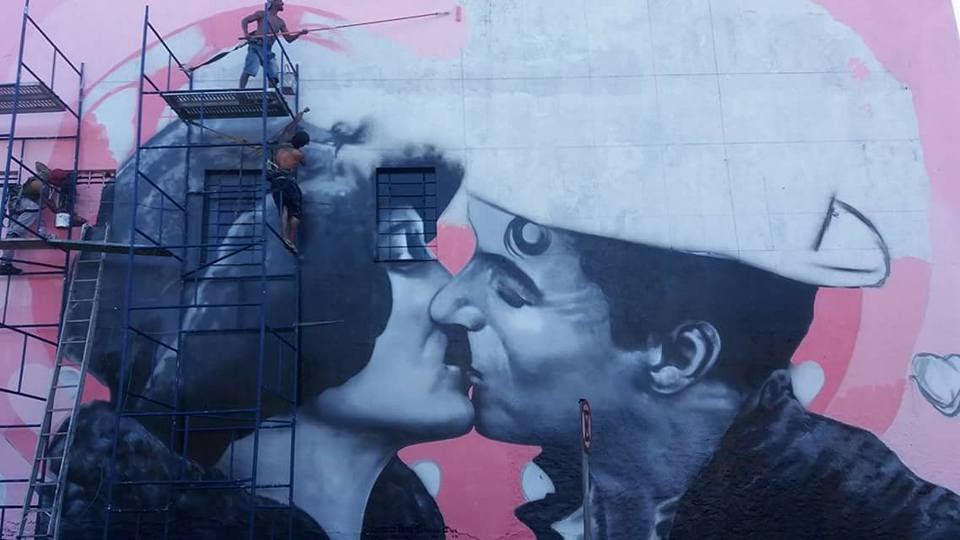 The idea of Street Art + Cinema project was born in Barcelona, where the project’s curator has lived for many years. END_OF_DOCUMENT_TOKEN_TO_BE_REPLACED 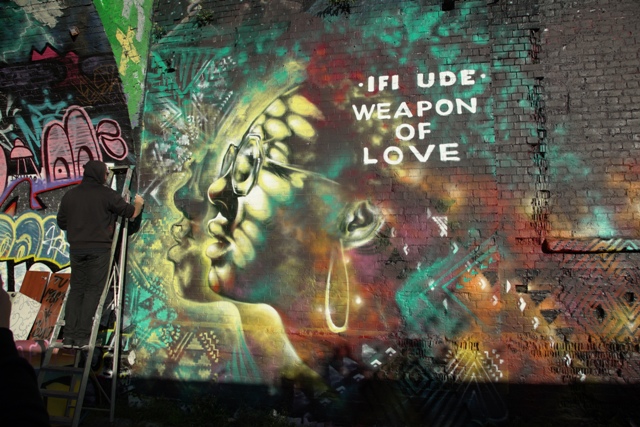 Recent mural, by muralist and street artist Jim Vision, in Shoreditch off of Brick Lane has been the central theme of the latest video clip by Ifi Ude featuring her latest track, Weapon of Love. END_OF_DOCUMENT_TOKEN_TO_BE_REPLACED 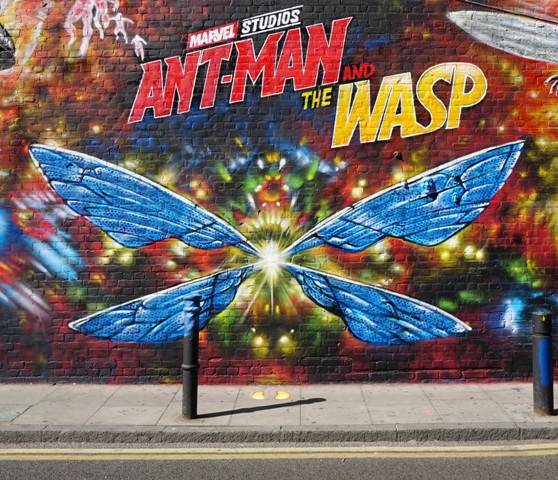 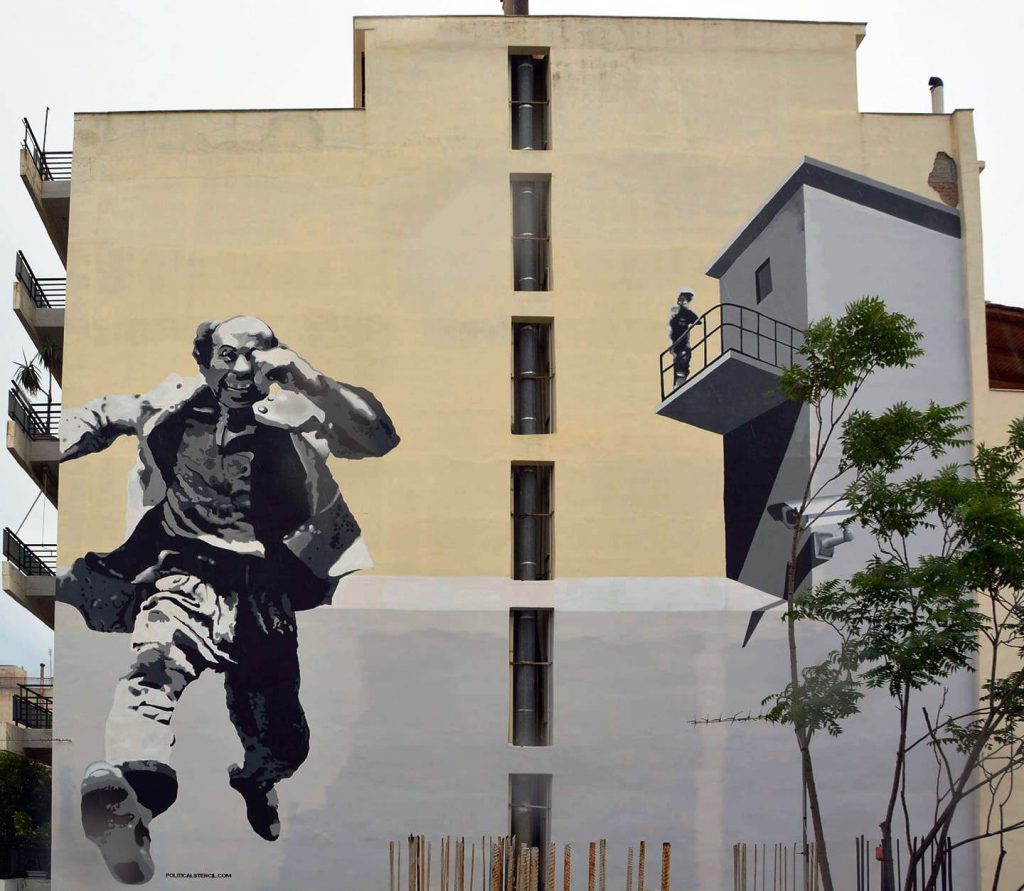 The 3rd International Art Art Festival Patras | ArtWalk 3 is coming to an end for this year and the city of Patras will never be the same again. The tenth mural made is from a special group of artists, the Political Stencil and it depicts a famous old time comedian that is higly popular in greek modern culture. END_OF_DOCUMENT_TOKEN_TO_BE_REPLACED 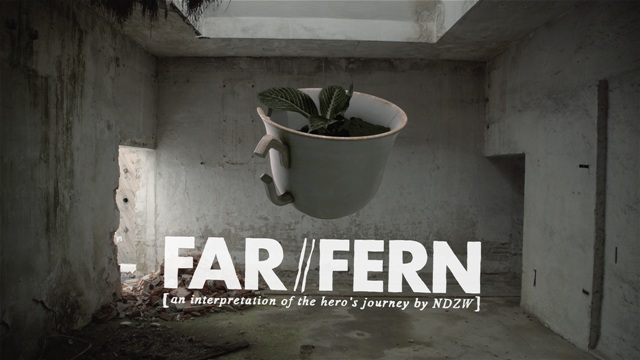 FAR//FERN is a visual interpretation of chosen steps from “The Hero’s Journey” formulated by Joseph Campbell. Filmed across several locations in Vienna and Upper Austria the short film follows NDZW embarking on his own journey in search of greater understanding. END_OF_DOCUMENT_TOKEN_TO_BE_REPLACED