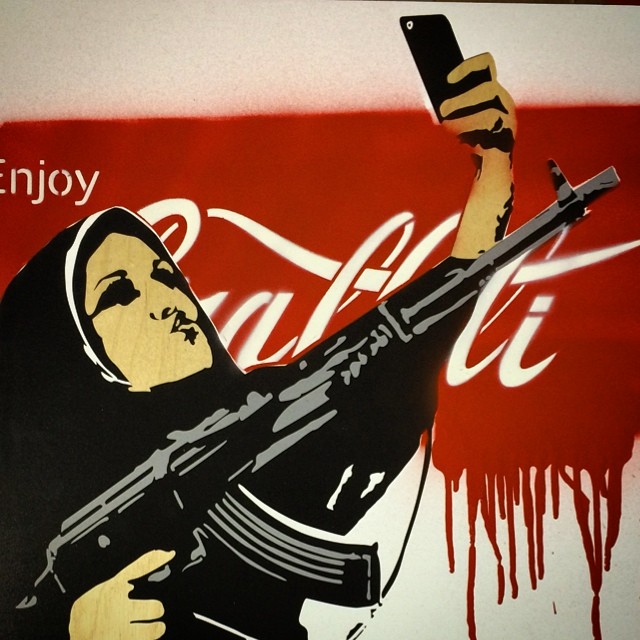 Ben NAZ was a Filipino-French street artist and one of the most recognized street artists outside the Philippines. Born in Strasbourg, France in the late 70’s by a Filipino father and a French mother, Ben NAZ migrated back to the Philippines on the early 80’s during the heavy political outcry there.
Branded as “Manila’s Finest,” Ben NAZ’s dramatic, political scenes and heart breaking stencil works captured attention almost immediately. Depicting a struggle between the rich and the poor, deep-rooted and emotional images characterize eye-opening scenery to the people of the Philippines.

Ben NAZ was instrumental in getting the political message out in Manila at a time when all street art was considered propaganda by the rightist/rebels, and when he left the Philippines and went back to Europe to continue his career as a guerrilla street artist, he started placing his works on the walls of London and Paris to showcase the real political outcry of the Filipino people.

Having been active for about 20 years, in late 2012 the artist was struck with Esophageal Cancer. He lost the long running battle, having fought against the disease for a number of years. Naz’s motto, was ‘Live Life Without Regrets’ and that is certainly the way he chose to live his life particularly during the last months of his life.