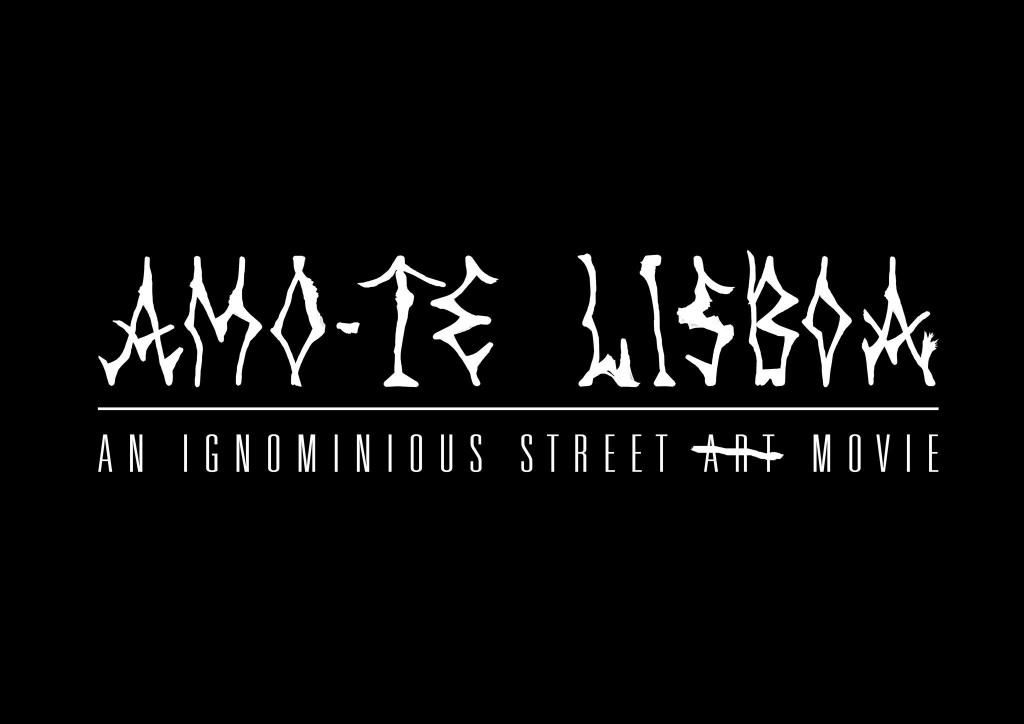 For this work, the artists moved to Lisboa for sixty days.  They painted freely the streets of the city, with the aim of telling their own story about changes on Street Art from a spontaneous and illegal movement to a cultural, commercial and institutional phenomenon.
Street Art’s recent evolutions and transformations are at the core of the present artistic debate that Canemorto addresses through frankness and ironical narration. An absurd and grotesque style is characterized throughout the film, where artists unidentified by masking their faces, express themselves by speaking a distorted, bizarre and imaginary language, subtitled to make it understandable to the public.
“Amo-te-Lisboa” is a key tool to understand what is happening in streets worldwide, and to empathize with the condition of artists who “sweep” them. It is also a great opportunity for Canemorto’s artistic experimentation to convey his creative message, inspired by the very essence of humankind, by its hidden and scary aspects, and by underlying animal instincts inhabiting it. Canemorto’s craft is purely anti-esthetic, it stares at reality beyond all hypocrisy.

Which is the mission of the artist nowadays ?
What happens when people have to face the dark side of human nature ?
“ Have you ever seen a dead dog at the roadside edge? You would probably find it disgusting and repugnant, but you wouldn’t stop staring at it and, even if you don’t know why, you have also the instinct of touching it with a little stick.” (Canemorto)

Three painters worship a cruel dead-dog divinity, called Txakurra, which gives them the power to paint together as a single person, hitting public walls in order to spread its cult. Thanks to this evil spell, the guys have the freshest style and gradually get fame and recognition in the street art world, forgetting their real mission. When the international career of the trio is taking off, receiving commissions for huge wall paintings, the Txakurra orders them to cancel their commitments and go to Lisbon, the rising European capital of street art. They must stay in the city for two months and paint brutally in the streets without any authorization. The three friends are desperate, they know that their promising career will be fucked up forever, but they are too frightened of receiving a terrible punishment from the malicious god…