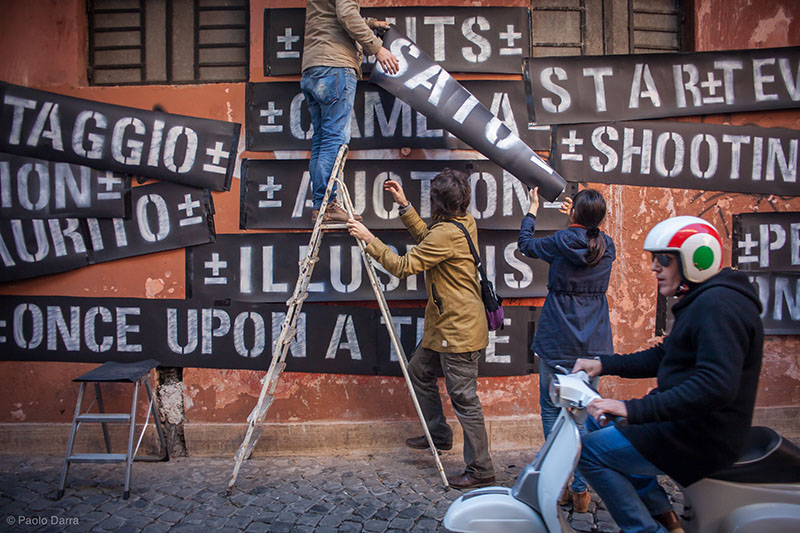 By making black stripes of paper, stencils and spray-cans available to passers-by, the artist gave them the chance to write down their own ideas about cinema. The final result was stunning: words as seals on the front doors of the forgotten cinemas in the city center of Rome. The actions happened at the ex-cinema Metropolitan (Piazza del Popolo), at the ex-cinema Pasquino (Trastevere) and at the ex-cinema Sala Troisi (Porta Portese). 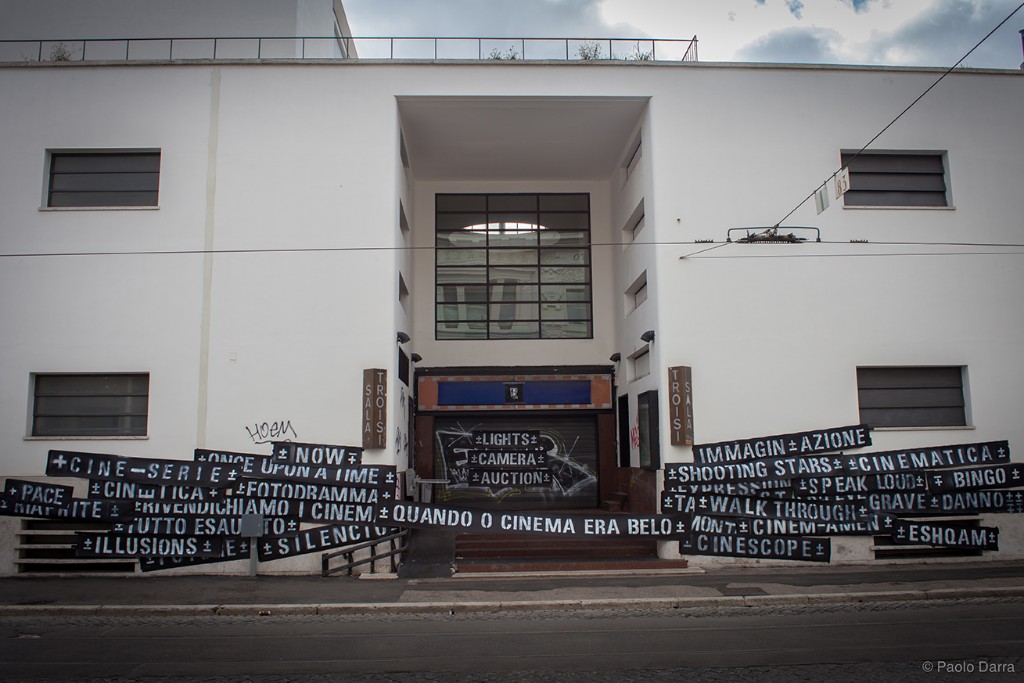 This artistic installation, which is named Lights Cinema Auction, took shape little by little, within a few hours, thanks to the passers-by’s inputs about the topic of ‘cinema’. There were a different cinema, a different public and several different suggestions for each day, by those who entered that doors so many times in the past and by those people who never went inside those spaces, either.

In order to involve the local community, a cinema-themed treasure hunt took place on saturday night around the alleys of Trastevere neighborhood, which was organized in collaboration with Together, Macine, Cinescope and TrastevereAttiva, and more than 30 teams hunting.

The video of the artistic intervention was presented last monday at Casa del Cinema, within the conference “il cinema italiano che ama le sue sale e le difende” (the Italian cinema that loves its movie theaters and protect them), which was attended by the artist himself as well as by delegates of Anec del Lazio, Agis nazionale, Anac, 100Autori, Sindacati dei Critici e dei Giornalisti, Rete degli Spettatori, Fondazione Cinema per Roma and more. 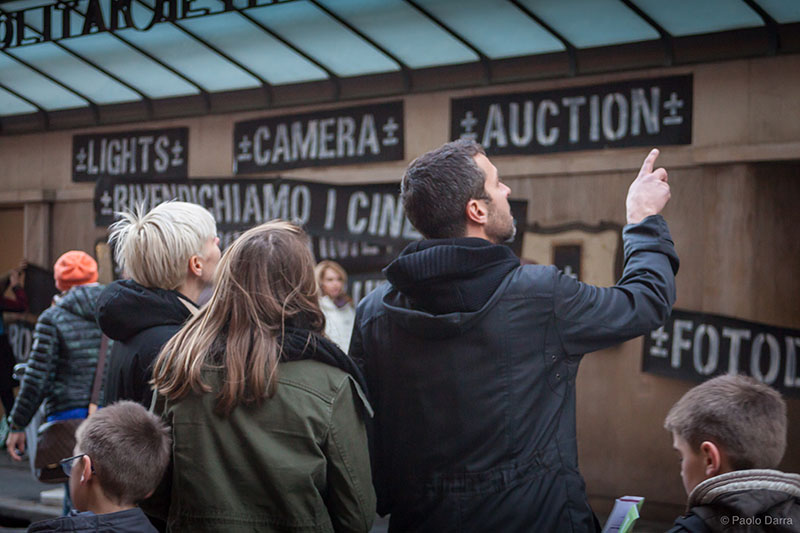 In this occasion, ±MAISMENOS±’ silkscreen print – which had been specifically conceived for his interventions in Rome – was officially presented to the public. A limited edition of silkscreen prints, signed and numbered by the artist, is available at our website http://www.forgottenproject.it/en/fundraising-en/ 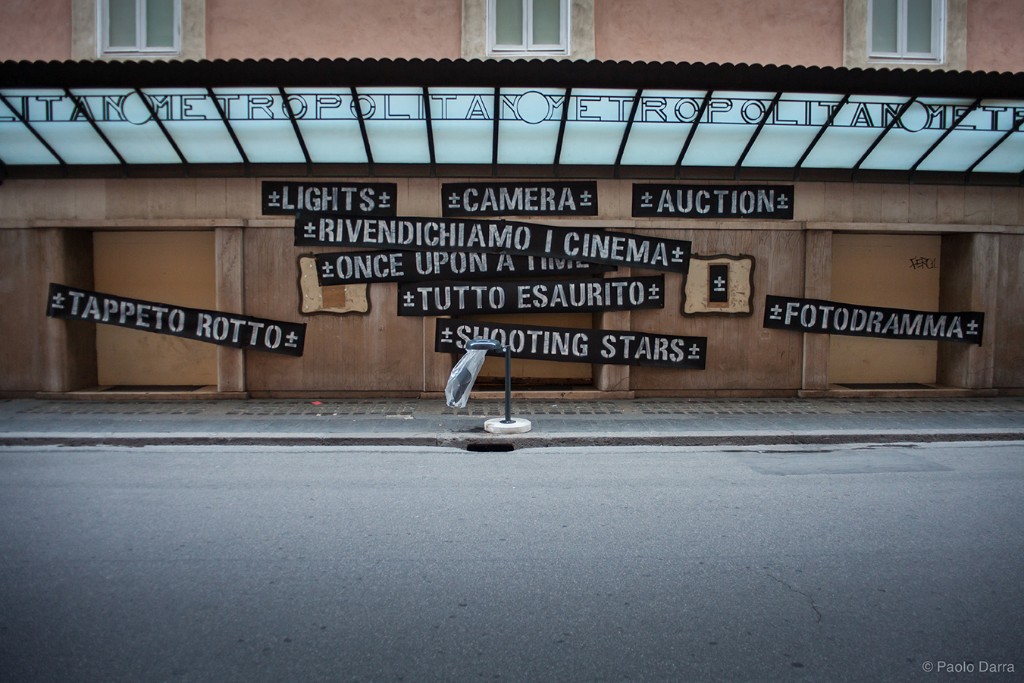 Forgotten  is  an  urban  art  project  that  aims  to  put  in  the  spotlight  some  roman  buildings  that  for  reasons  mainly  related  to  the  times,  the  expansion  of  the  city, the  changing  of  habits  of  the  citizens  have lost their function  or  have  an  uncertain  future  and risk to be “forgotten” despite of their central location.

Five  urban  artists  of  the  Portuguese  contemporary  art scene,  much  appreciated  in  Europe  and  in  the  world, were invited to do their first artwork in  Rome, on the facades of buildings selected in order to offer food for thoughts, both for the single building and the building type they represent.

This  project,  promoted  by  MACRo (Rome’s Contemporary Art Museum),  is organized under the patronage of the Embassy of Portugal, the Cultural Department of the City of Rome, with the help of the House of Architecture in Rome,  the  Cultural Institute  Camões, and the fundraising  campaign. 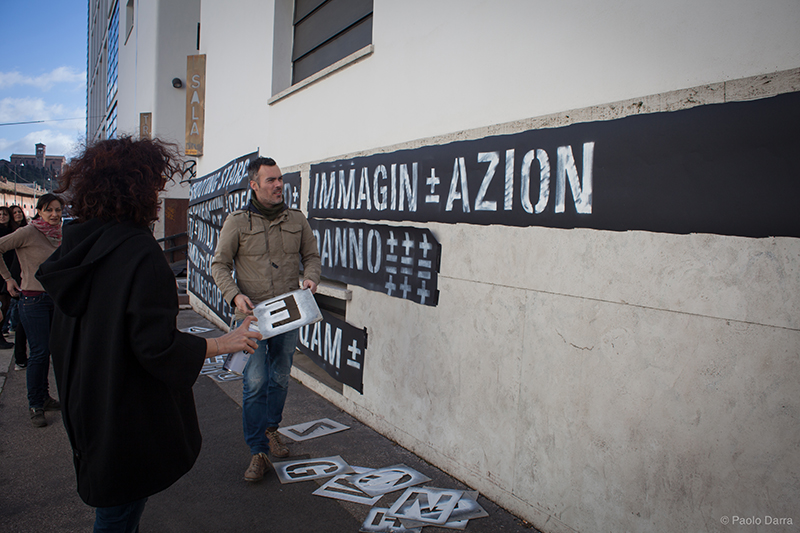 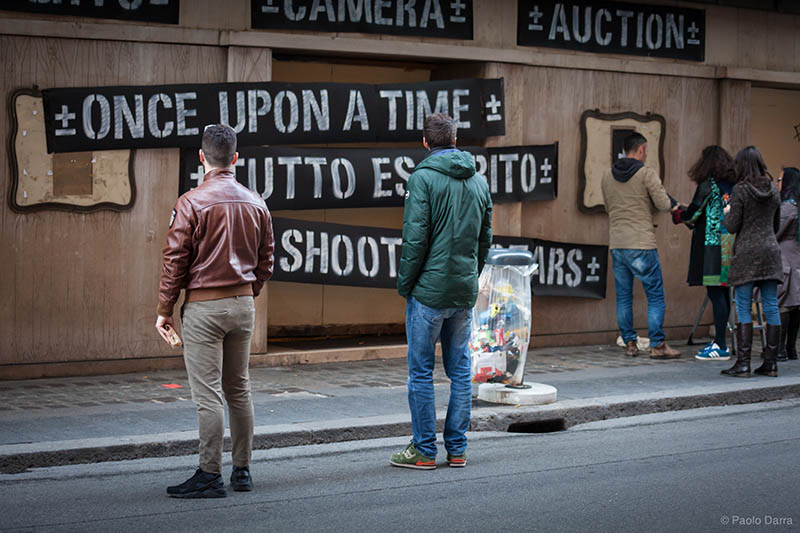 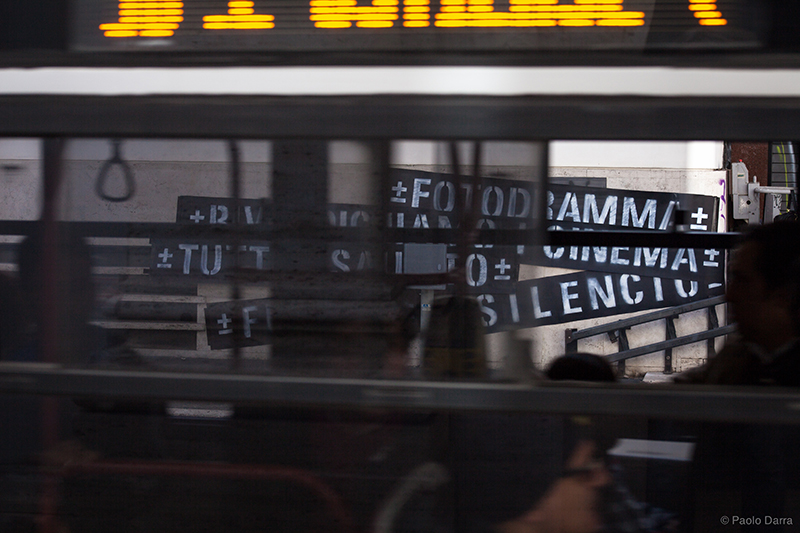