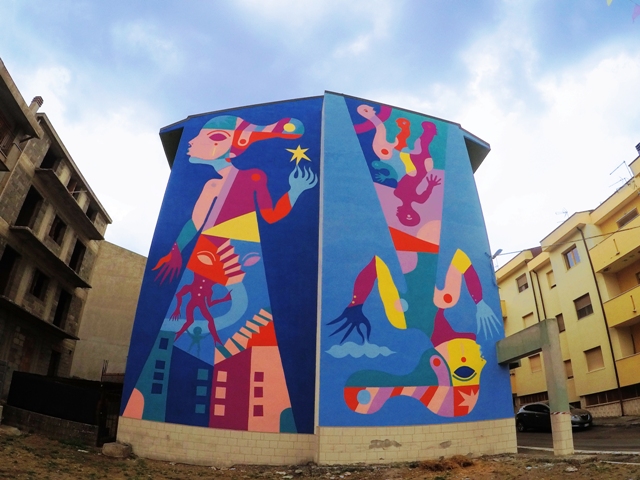 After years dedicated to the “pure image”, artist Gio Pistone has felt the need for a more articulated type of expression. His new focus is on the woman’s body as seen through some historical periods. He decided to call it WITCH.He chose this name not for the woman’s magical element, but for it is etymology; “Strega” comes from the Latin word Strix, which means owl: a nocturnal bird considered an evil spirit, a symbol of Darkness and Death.

The word “Strega” is therefore a derogatory way to call certain types of women: witch doctors, midwives, unconventional doctors…perceived in the popular imagination as old, ugly and evil. Witches are still called this for the same reasons, still sticking to the same stereotypes.  Just like every derogatory denominations portraying a social group, when used by the same group as an identity, it sounds like a rebellion: “punk” is a clear example of it.

The artist will develop this topic analysing true stories and legends, underlying the changes in the way women were perceived.

Below Gio Pistone explains in his own words:

I raise the matter now in these dark days because it’s about time to go to the roots of a genre of genocide which lasted for 3 centuries in Europe.
I divided this journey into three stages, hoping to make it easier for the reader to follow.

From this imaginary wood where ancient pagan religions were born, linked to the culture of natural flora and fauna, the knowledge of herbs and remedies was born and where images and mysterious objects were adored. 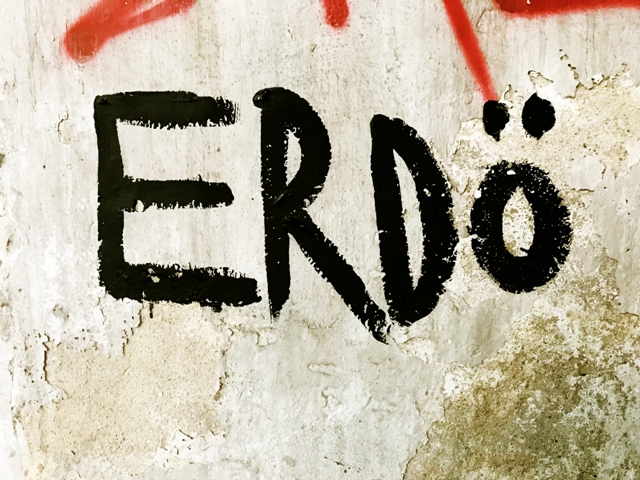 From there appeared my “The Wood of the Unreal Horsewoman”, a place destroyed by flames, crumbling and without a roof; where I built a small altar belonging to an invented cult, inspired by objects found there. 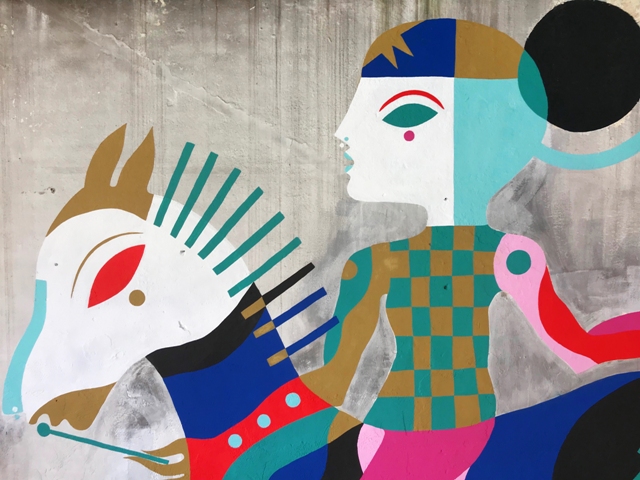 From here this female figure on horseback, a nomad, begins her journey.
In a place where nature has taken over and where everything is reborn, my reasoning starts.
“In those parts of the world that have not suffered the violence of the Inquisition and the Counter-Reformation, we can still find the sorceresses and witches of the villages and neighbourhoods.
They are normal women, but capable of mediating the fears and pains of their fellow citizens, and therefore to contain the destructive and antisocial forces that endanger coexistence.
They use symbols, words and objects that people consider powerful; sometimes they travel to offer their services, they often don’t charge, and often suffer from the stigma of the powers in office.
They witness the incredible capacity of human society to organise for themselves healthcare, mental well-being, social relations, conflict management and life together”.
Stefano Portelli – Anthropologist

NOTTURNA: Preparation for the Sabbath

At some point in history, society started believing that women could fly and would gather at night, ​leaving from all over the world, to dance naked and have sex with the Devil under the big walnut tree of Benevento. They would bring as gifts kidnapped babies to sacrifice them onthe nights of the red moon.
I’ve learned that there are popular tales of men seen flying too but they never bothered much.
The invention of the Devil and all these anecdotes that nowadays sound quite amusing, were the main reasons which led to the genocide, and not just of women, by the Spanish Inquisition between the years 1300 and 1700.

Notturna portrays a community of women working together to organise a Spring party where men and women (or just women) would dance, drink and have sex together to fertilise the soil.
At some point in history, women were considered to be nocturnal creatures, hidden, lowly beings, dedicated to organising lustful encounters with mysterious beings. 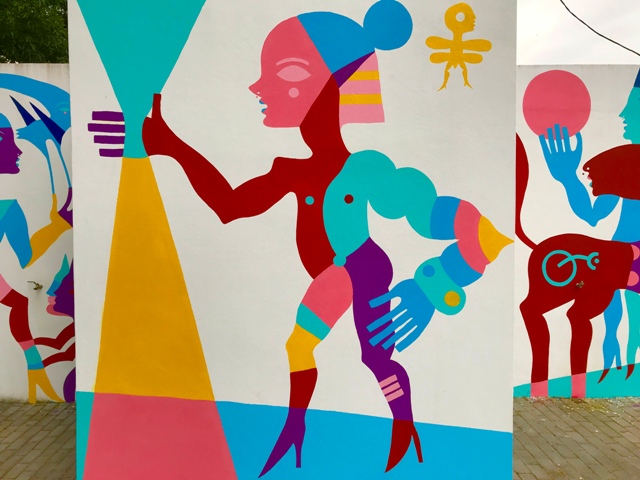 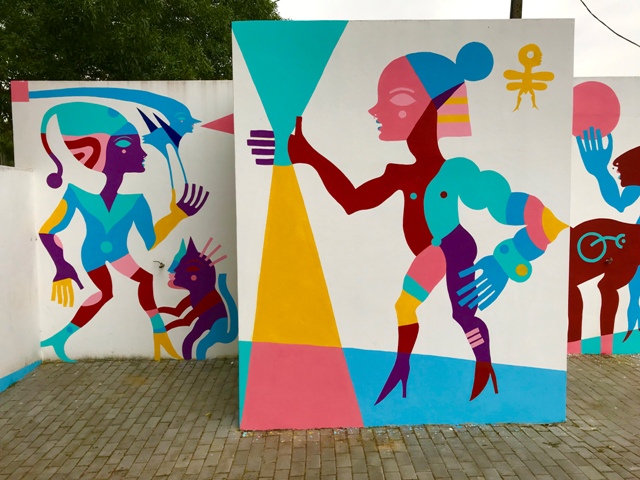 These Pagan rituals and feasts were used to defame the witches and Sabbaths and were the beginning of the stigma against them.

Legend has it that the Priestesses of the ancient and pre – christian pagan religions, would live in symbiosis with nature and animals. 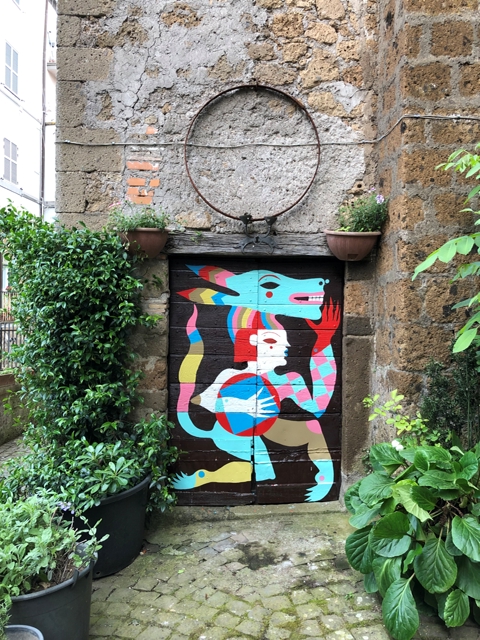 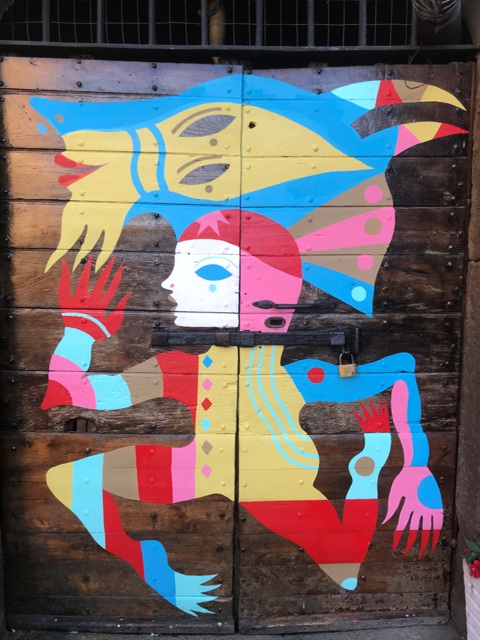 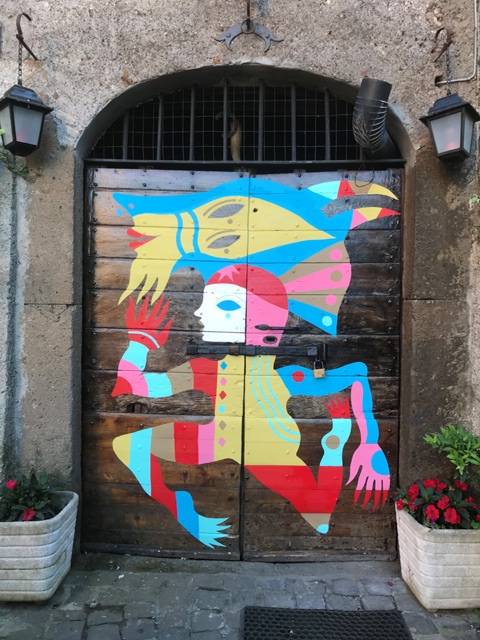 During the fertility rituals and adorcism they would worship Diana, Giano and other Gods wearing for the occasion trophies such as wolves, goats, horses heads: for the Celtics these would represent the union of the human and animal powers. 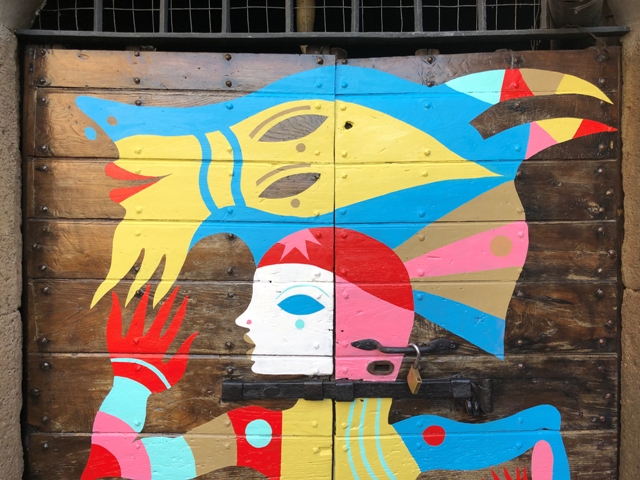 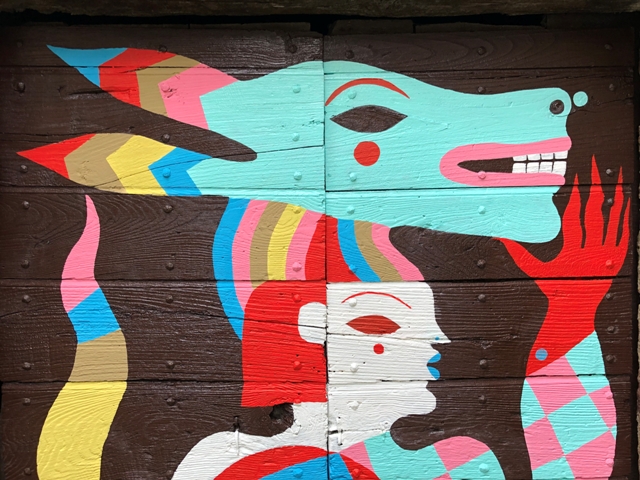