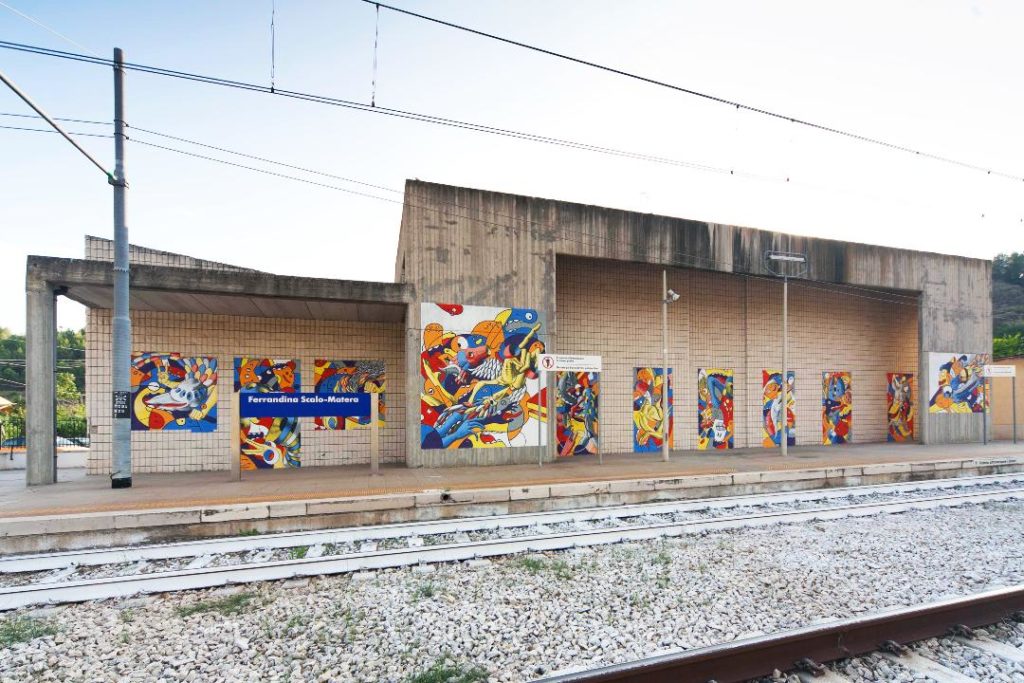 Permanent Exhibition is the latest public art work created by the collaboration between Ironmould and Gods in Love, in the Ferrandina Scalo-Matera railway station, in south of Italy, for the Matera 2019 Foundation.

The work was conceived as if it were a matter of many paintings from the same series. The intent of the artists is to recreate the feeling of being able to visit an exhibition, for the use and consumption of travelers who can thus deceive the long waits at a station in a small town in southern Italy. 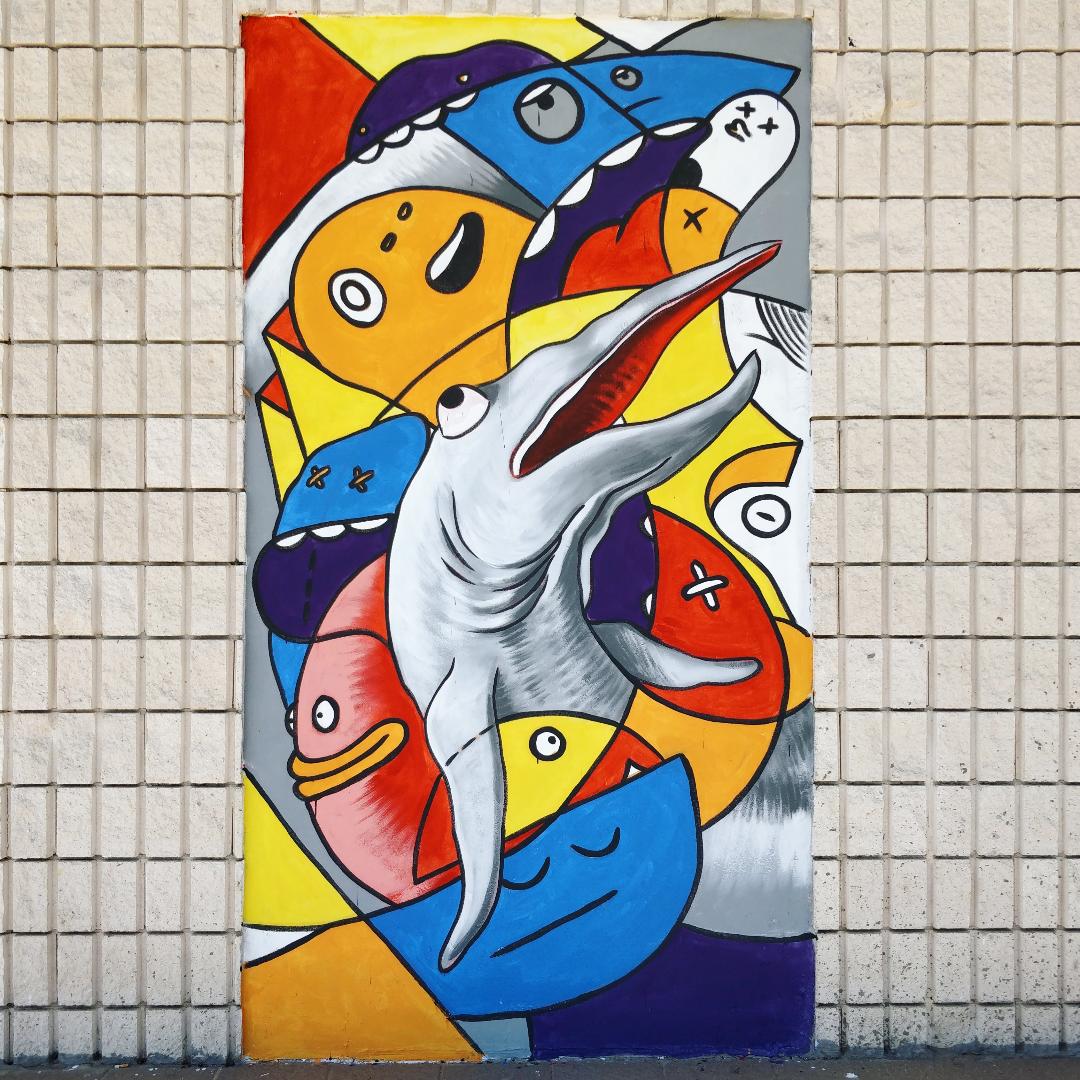 The work has been specifically designed for the Ferrandina Scalo-Matera station, where the construction of a new, more modern structure, the old building used as a waiting room, ticket office and services, has been completely walled up. The doors and the walled windows, so they seemed immediately from the eyes of the artists as canvases on which to express themselves. The place and theme of the Matera 2019 Foundation project then influenced the choice of the story of this series. 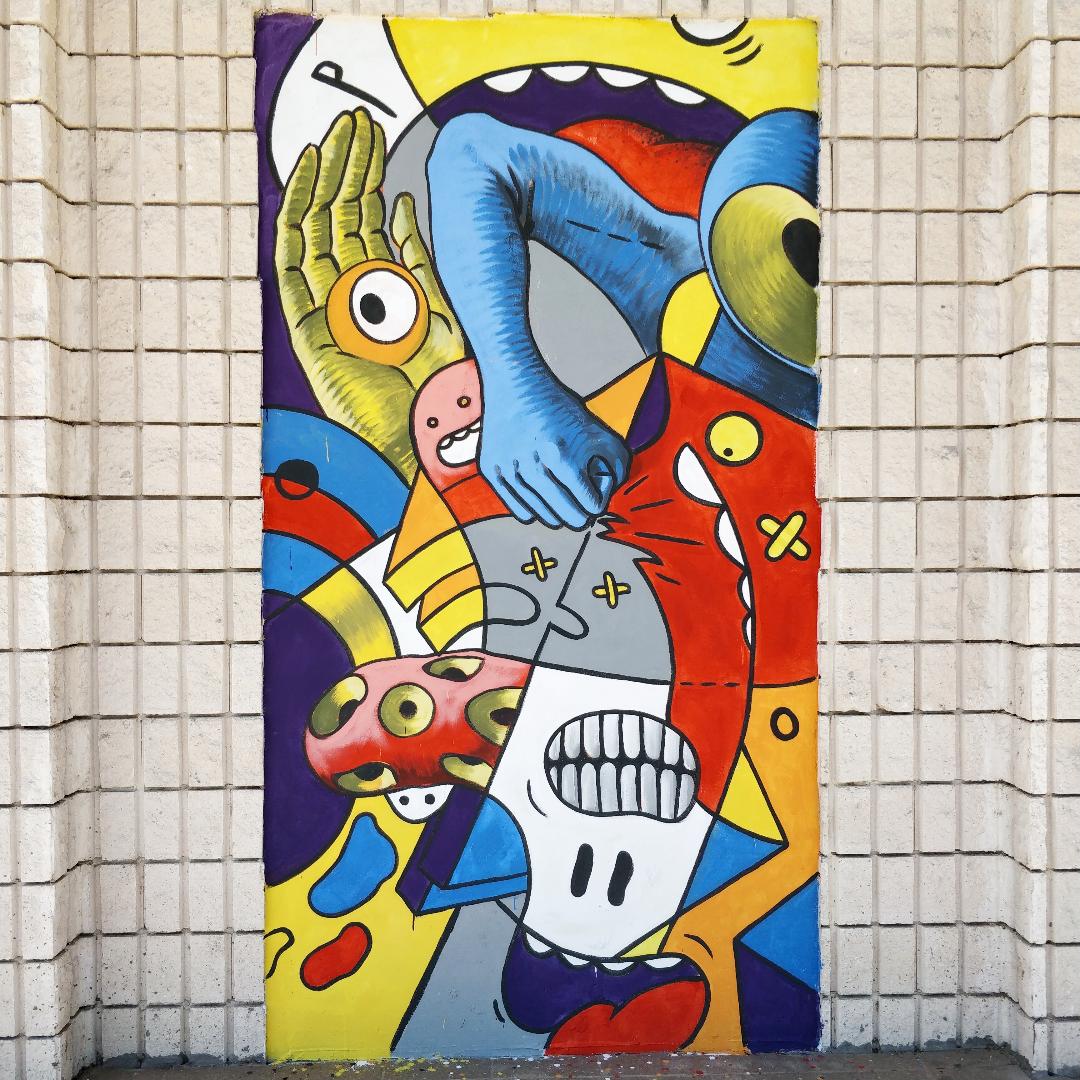 The work is strongly linked to the context in which it was created. Each drawing is a story, a little-world, a surreal journey, sometimes pop, full of situations, characters, bodies and colors that extend over the entire surface of the building inside the station, along train track 1. 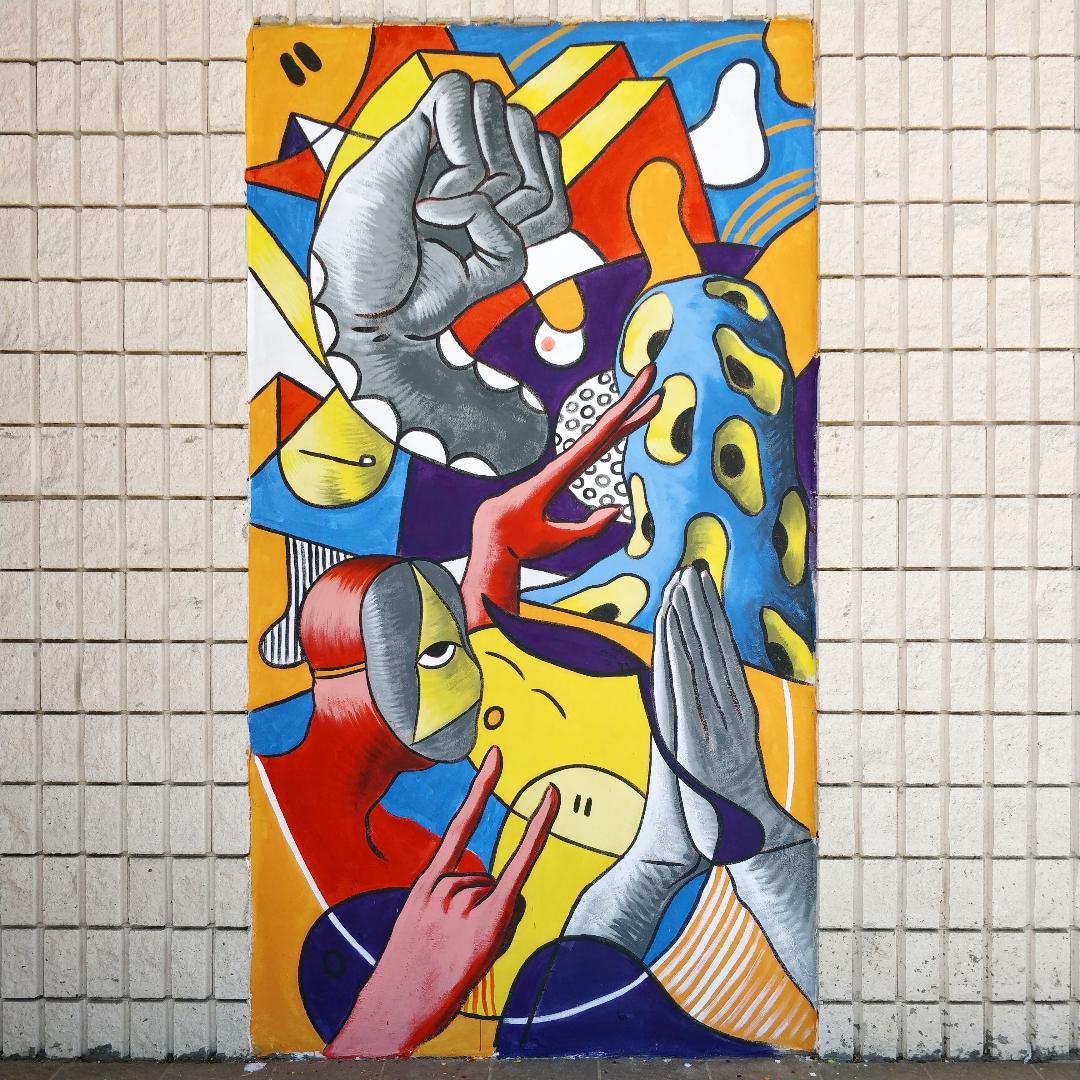 In choosing the title (Permanent Exhibition), the artists wanted to prepare the public for the visit of a unique work, as livable as an exhibition in all respects.
In the title they also reveal a subtle irony that underlines the situation of the specific building, to emphasize all the buildings in the same conditions. Walling doors and windows should be a temporary condition of a building, waiting for a different and better use. This condition, however, in Italy often becomes too long to be considered temporary and the only permanent thing is abandonment.