A new step for Opiemme “Vortex” series, inspired this time by Taurus constellation, the zodiac sign of the most famous Lodz architect Hilary Majewski (15 May 1838), who lived nearby the location. Majewski, through his architectural designs, largely shaped the historical center of Lodz. 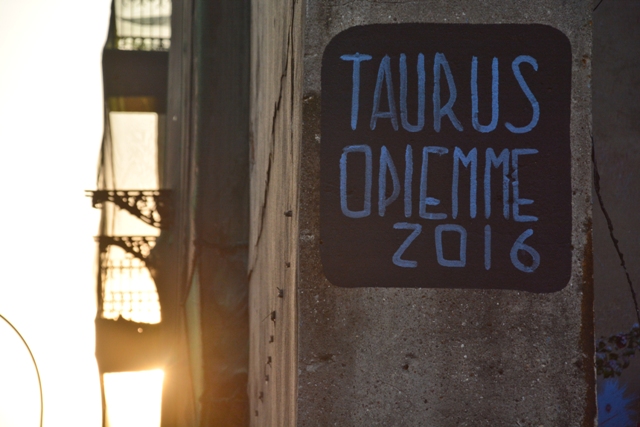 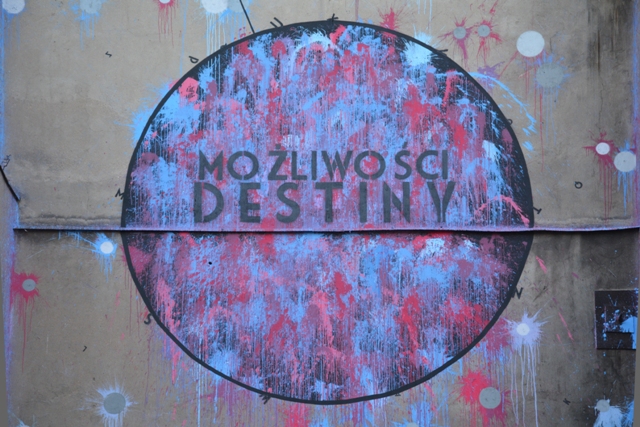 This mural is much more than a wall painting: a word, „blame” (in Polish „Wina”), stenciled on the wall, has been erased by throwing 300 eggs filled with colorful paint by the local community, who took an active part in this collective painting and performance.

After this happening Opiemme kept painting a minimalist Taurus constellation. The erased word „Blame/Wina” was replaced by both “Destiny” and the Polish “Możliwości” that means “opportunities”; and fits best this area which is affected by intense changes at the architectural, social and cultural level.

The wider colored circle on the left is the result of this relational performance on a wall  of 20 Jaracza Street in Lodz, and represents Aldebaran, an orange giant star located about 65 light years from the Sun in the zodiac constellation of Taurus.  Taurus symbolizes an idea of power, re-birth, and renaissance.

Unofficial videos and local articles about the collective performance moment: 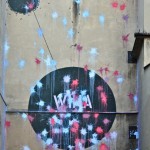 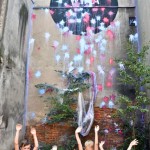 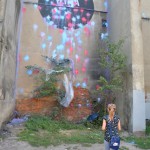 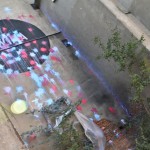 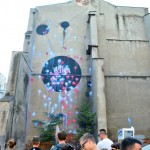 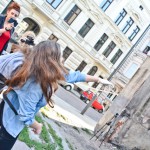 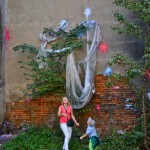 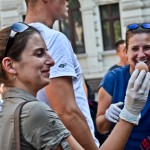 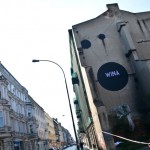 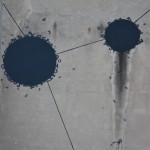