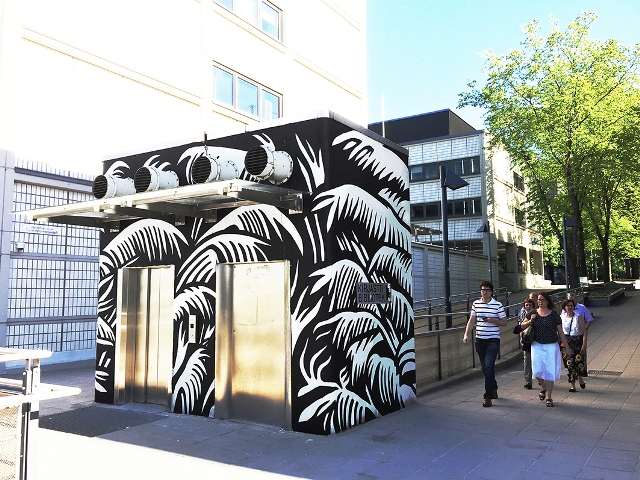 This is MP5‘s work of “one matter”, which was only completed in the street art district of Pasila in Helsinki during the Helsinki Urban Art Festival. It is located between the Pasila library and the exhibition centre.

Italian street art MP5 has once more created a fine set of works based on his simple black and white artistic approach. The creation is on two levels and can been in full from a specific point represented in the pictures he sent us! Great Stuff! 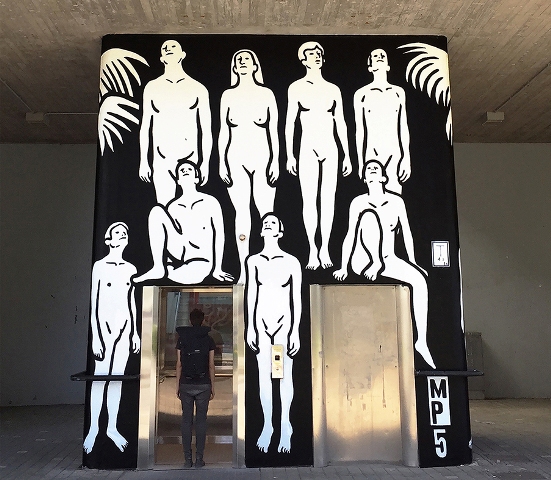 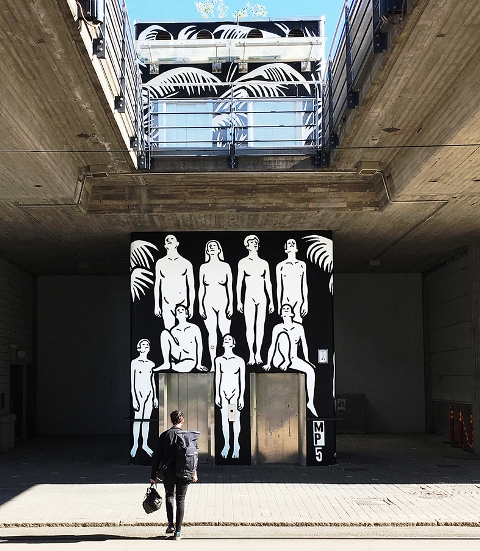 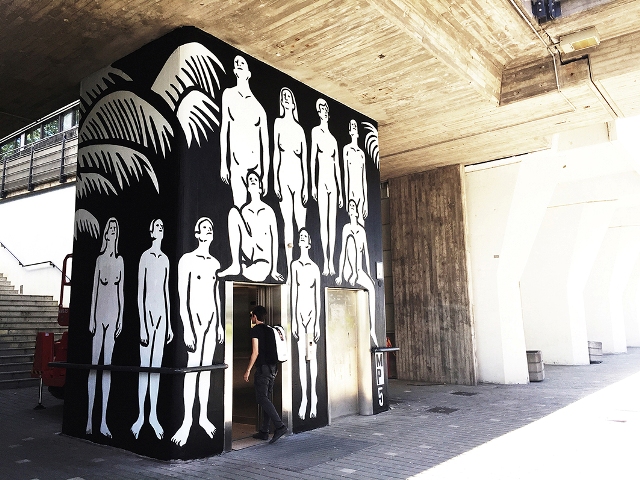 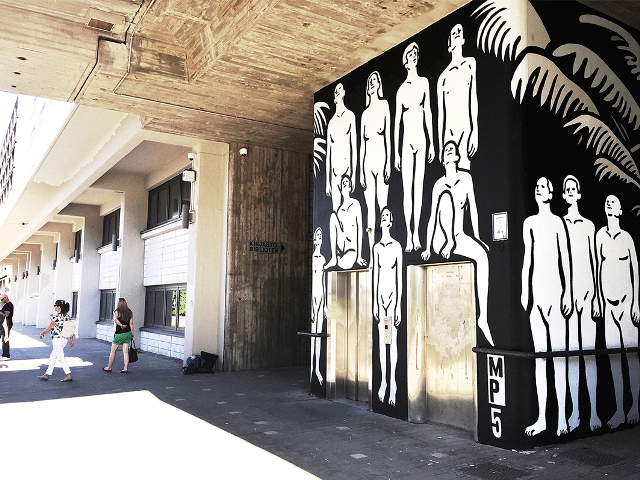 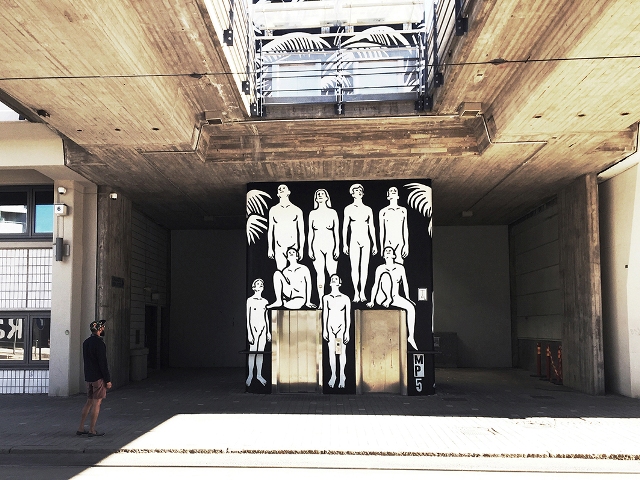 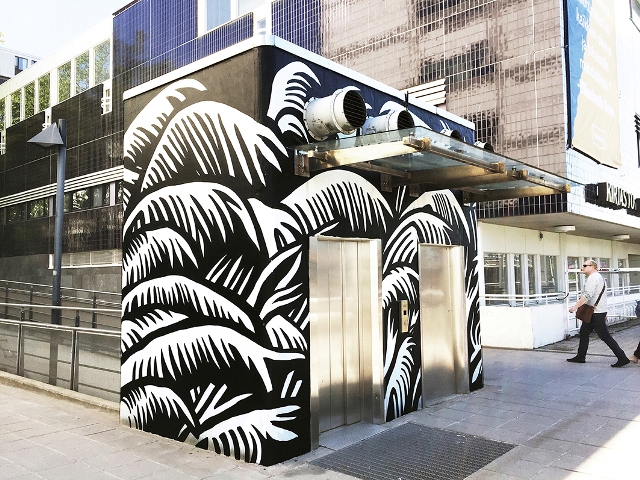 Many have thought that Pasila is a gray neighborhood. It is now changing rapidly with the street art spreading in the area.

East Pasila became a street city district in the summer of 2017, when it was painted a total of 17 works by several domestic and foreign artists. It is, however, only the beginning, because our goal is to make Pasila a significant street district in the international scale. The art spreads to Pasila’s most central places on walls, stairways, bridges and railings, and the invisible corners become attractions. This May, Pasila has introduced several new works.

Pasila’s street district has a wide range of styles and trends representing artists, with many hands on display throughout the world. International artists will be introduced with the help of partners. The main partners of the project are Teknos Oy and the EUNIC Finland network of cultural institutes, with members from the Goethe-Institut, the Austrian Embassy, ​​the Hungarian Cultural and Science Center, the Polish Embassy, ​​the Czech Embassy, ​​the Italian Cultural Institute and the Estonian Institute . In addition, the project has been supported by the City of Helsinki, the Embassy of the United States and the Arts Promotion Center. 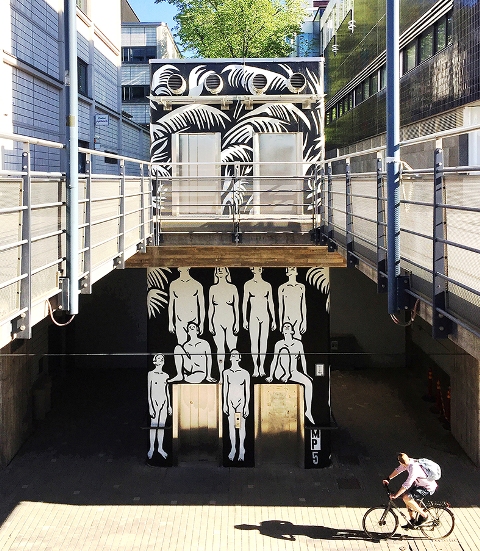 MP5 is an Italian artist, muralist and illustrator, known for his black and white style. MP5 uses different techniques and tools from newspapers and magazines to political posters, drawings and animations. His roots are in the underground and counterculture of Italy and Europe. MP5 designs posters for political demonstrations, concerts, theater festivals and public wall paintings across the streets across Europe.