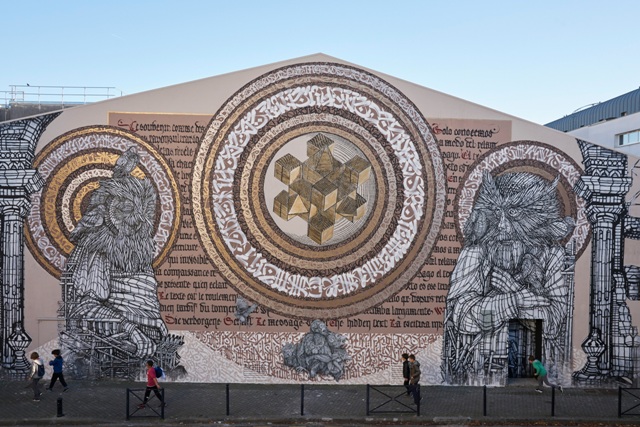 A fine mural has been made in Bordeaux last month by a French stencil crew and a Mexican Urban Calligraphy artist. This work creates a relationship between geometry and text as a poetic knowledge. In one hand, Monkey Bird with their Stencils, alludes to the ancient ‘platonic solids’ and creates a series of unfinished characters like ‘guardians of knowledge’. In other hand, Said Dokins, uses his own calligraphy style and medieval letters to talk about the idea of eternal return, inscribing texts that refer to the possibilities and limitations of philosophy and the importance of the text as a legacy of the consciousness through time.

These reminiscences of the old antique prints of Wenzel Jamnitzer, Renaissance statuary and medieval forms of calligraphy and the appearance of unfinished buildings or in ruins, create several reflections about our human condition, where the awareness and knowledge are in a state of permanent construction. 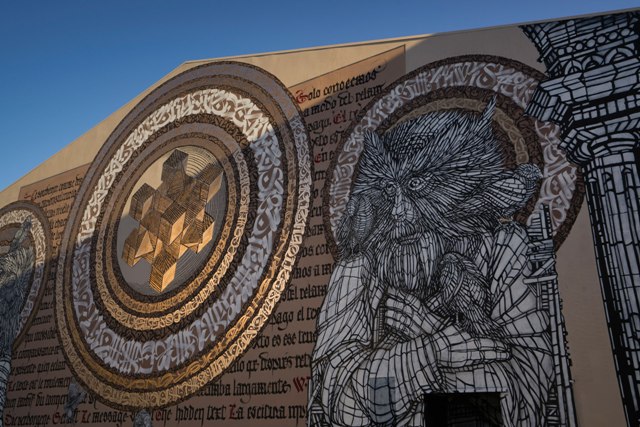 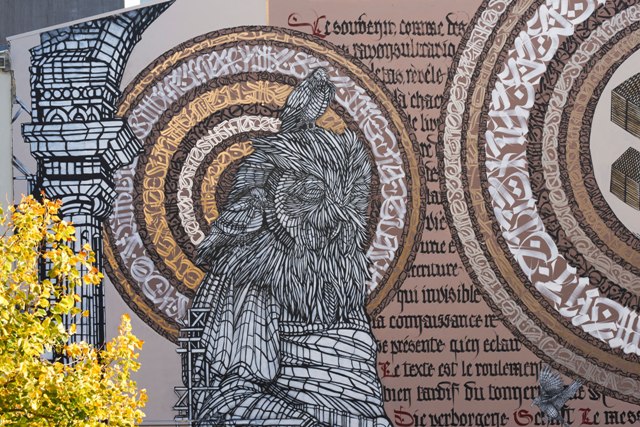 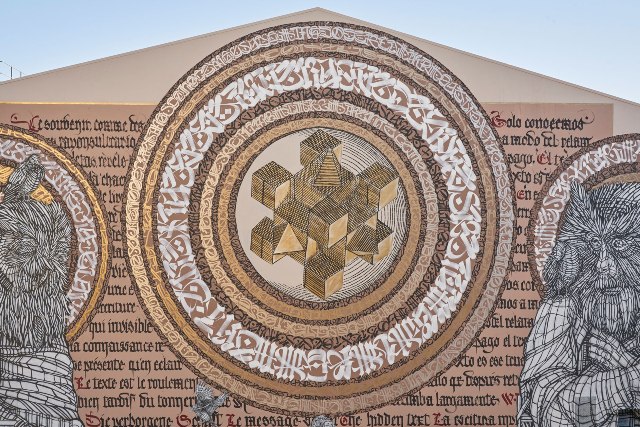 Some of the texts that can be read on the wall are fragments of the philosopher Walter Benjamin:

¨Knowledge comes only in lightning flashes. The text is the long roll of thunder that follows¨ 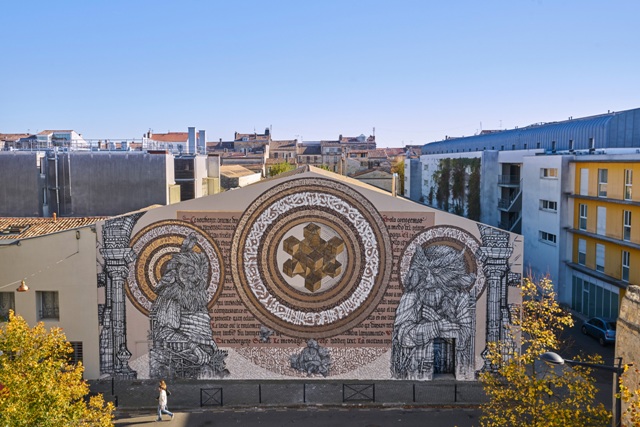 The amazing photos are by Leo Luna. The collaboration between Monkey Bird & Said Dokins in Bordeaux is titled: “Le message secret” a wall of 300 m2 in France for #Correspondances organized by Pole Magnetic Street Art Bordeaux.