We interviewed French Painter and illustrator from Avignon, SOCK. He is part of many crews and a member of the binomial Wild Sketch, while this year he was chosen to create the Meeting of Styles poster. His diverse creativity involves graffiti style works all the way up to animation with colourful explosive content.

(ISSA) -What would you like to drink? Coffee, Tea, Beer, Soda or something else?
(Sock) Coffee please.

-Introduce yourself to us–as if we had no idea who you were!
Hello, i’m Sock, a professional painter from south of france. I’m 29 years old and part of many french crews : 5.7, OPK, OVB, CES, KRS
And i’m also an illustrator working in the french rap industry for 10 years, doing hand made drawing visuals with a friend called Zak, under the name of WildSketch. 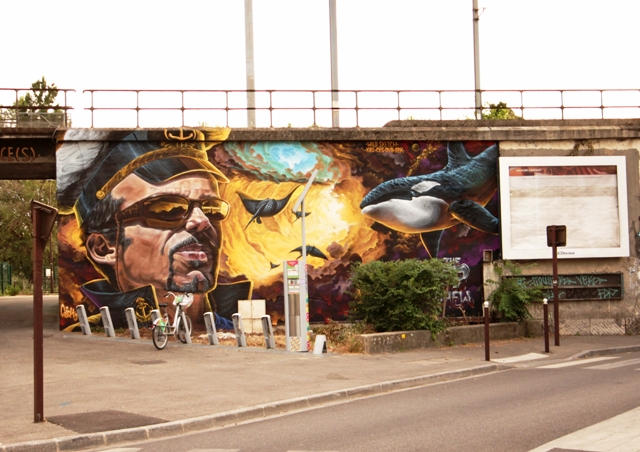 – Where does your (tag) Artist name come from?
I choose Sock for the letter first…I wanted a S for the beginning, i needed an O to do a character in the middle and i love the CK combination which put the K at the end…A classic font worshiper sentence!
And i liked the fact that it was actually an english word way later after choosing it…

-How do you define yourself and why? Artist? Street artist? Something else?
An artist will fit perfectly right, a professional painter, an illustrator, but not a street artist please that’s just a pin…

– How did it all start for you, and what is it nowadays?
It started with my parents, when i was a little children, giving me pencils and markers to keep me quiet for a while. I never drop the pencils since then, first tag at 11 years old, the first graffiti with a spray can at 12, and now i’m living from the graffiti decoration for 5 years, but i feel truly blessed to do my passion as my principal job! It can happens that someone still ask me for a “hello kitty” or a “flash mc queen” decoration but i don’t complain, some artists never lived from their art until they were 80…I mean i prefer to do my own creation than doing a pharmacy front wall but the transition is not easy. I’m still searching myself and don’t have one particular style because i want to learn how to do everything, try something new at each new painting, discovering, searching,learning…that’s the most important thing for me. When i look back it’s like and thanks to graffiti culture i have always collaborate with other artists to make a better team work than an alone job…The road is the principal not the results: and i prefer to do it with friends… 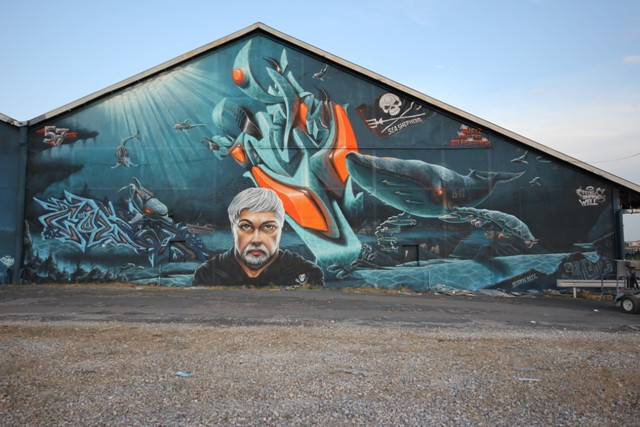 -What is the first thing you do when you get up in the morning?
The first thing i do is a joint, no doubt. But i choose the fact that none of my journey will be looking similar so i can’t say…Every day is a new day with his batch of surprise.
-Street art is mostly a visually stimulating form of art. To add one more sense to it, what music would you pick to accompany your art work?
AH! Since i work in the french rap industry i’m totally fucked up with that shit, i could spit hundred of verse, and on the other hand my answer will still be : The Reggae. A good old roots reggae song from that marvelous island in the carribbean near 1980.YEAH FO’SHO’! 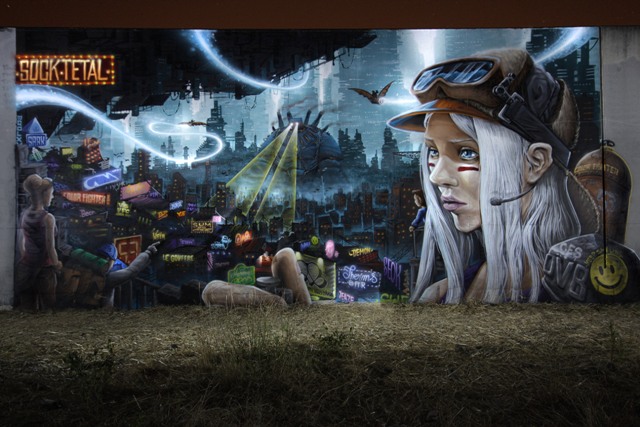 -In all forms of art, inspiration is crucial. What inspires you and how does that end up in your art?
Everything is inspiration, nature is inspiration said Da Vinci, but my generation was like a sponge with the opening gate of the internet, and the beginning of the comics, tv shows, video games, cartoons, hollywood movies, that our parents didn’t have in 4K! We are a meltingpot between all theses images. Inspiration is also when i see others artists pushing their limits, which give me motivation to do more quantity, more big, more details, etc…
All that actually depend on how much you are attentive to that global inspiration that is everywhere through your eyes and try to retranscribe it with your “words”in the best way. I paint a lot with my friend TETAL and we are really influenced with digital artists from movies and videos games but we had an big size wall and the vibration of the paint in opposite of the digital. 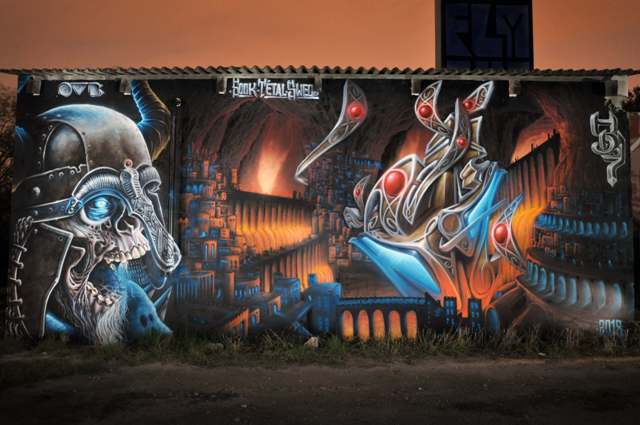 -What is the hardest part while working on a piece of art?
The hardest part WHILE working on the piece of art is to know when to leave it finished…Getting a good mix between spontaneity, details, and technique, whitout adding too much over it. And as we try to make big composition every time it’s also to combinate the different styles and artists on the wall

-Do you have any artist(s) you admire? Can you pinpoint what it is that makes them so special for you?
THE ONE AND ONLY DREW STRUZAN…If you’re not sure to know who is he, google it everybody know his work on the planet: he’s the man behind the poster of star wars, hook, goonies, back to the future, indiana jones,etc…The biggest inspiration and one of the most good living painter for me! He invented photoshop before the computer! And i feel really close from his story and beliefs, defending an artisanal work in front of big corporation who don’t understand the artistic parameter of an image, putting beauty inside an industry where the computer is ubiquitous and make all the visuals “cold” and looking the same. 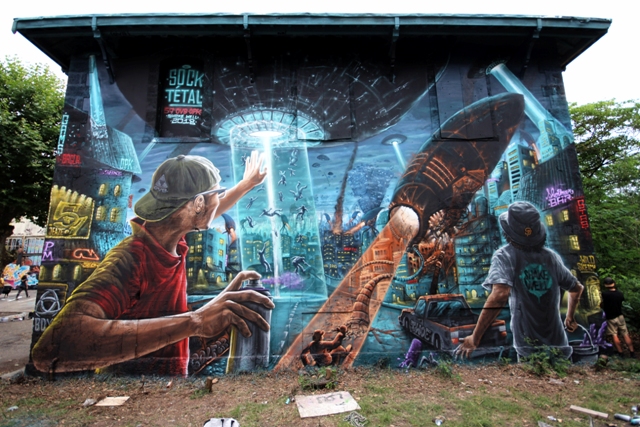 -Which cities are the most inspiring for you as an artist?
The cities which doesn’t include a city council who has established each buildings colors , a foreign city with a corrupted police you can talk to as long as you don’t do an actual CRIME, a foreign country where the mass media doesn’t have spread over the last 20 years that graffiti = insecurity, a country where the people look at muralism as a piece of art not as vandalism first, an abandoned city to have a fully load of choices on the next blank wall you gonna choose, or a big capital for the active scene you can met there…

-What other passions do you have apart from art?
Many, but to not come on the personnal life, i have done some videos with my friends the name is COLORFIGHTER, stop-motion and the first after effect graffiti movies that we need to develop. I have done a couple of rap albums with my band “CrimeSansC” most for fun than anything else. And i’m a big movie fan, specially in science fiction, when i see the definition of the images now : WE ARE FREE TO DO EVERYTHING ON A SCREEN

-Do you have a special project that you hope to achieve some day?
Many projects, we’ve made a lot of huge surfaces with friends but my special one is to achieve one huge building on my own with the free-hands on the visual : to put a nice image that i choose on it 😀 We are living a pretty unique period of our time : never such huge spaces had been given to artists and i’m getting myself ready to join in the movement for a couple of years…that will be an achievement.

-Tell us a bit more about your art; does it include symbolisms, messages or repeated patterns? How has it evolved?
As i was saying’ i try to don’t fall into repeated pattern, so i try a lot of different things. Yes i ever put a lot of symbolisms into my paintings, it’s even the center of my last serie called “quantic b.boy” mixing hip-hop and quantic physic on canvas. My studies bring me naturally to the sacred geometry and that became central in the same way. And for finish the message… We can say something big with a little picture, we can use it to say important thing, the message can also be in the beauty of the painting, if the painting resonate through you and make you stop to look at it closely the message can simply be : “appreciate”…Again i don’t understand artists putting all their creations in one or another section! 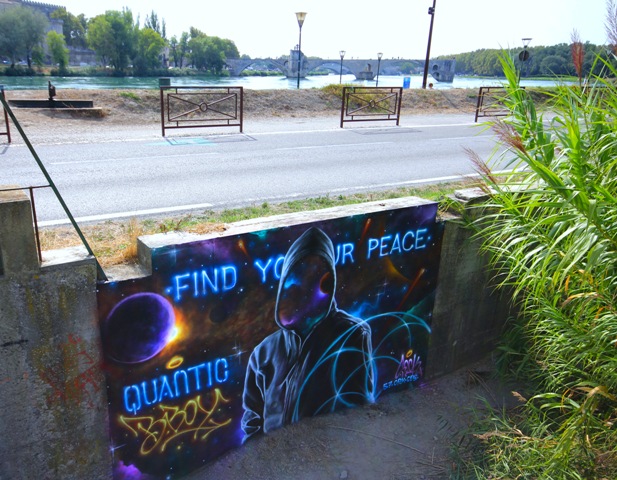 – How long time does your art work, on walls, usually survive for?
That depend on the location, if we are painting in lost and abandonned places is to be sure that our art last longer, and the writers respect each other work in those places. I know some of my paintings will never move.
When it comes to big city that less sure everything can happen. Since we work more on our “global picture”,we try to make each wall to look like one image, and since the vision of the public start to change about graffiti our walls are even preserved now…The best case scenario.

-What do you think, people feel or think of, when they see one of your works on the street?
Mmmmmh that depend on the painting and also the person ^^ i’ve got a pretty good feedback generally but i guess that the adjective who come back the must is “immersive”. We try to put some depth into our paintings and make peoples stop for a couple of second in front of it. Like the famous belgian singer Jacques Brel said when someone asked him why he was singing : i try to be like an aspirin for the people, for the time of a song or a concert, forgot everything and go back to normal life after…and that would be enough for me. Accomplish a questioning to your audience would be the must i suppose. 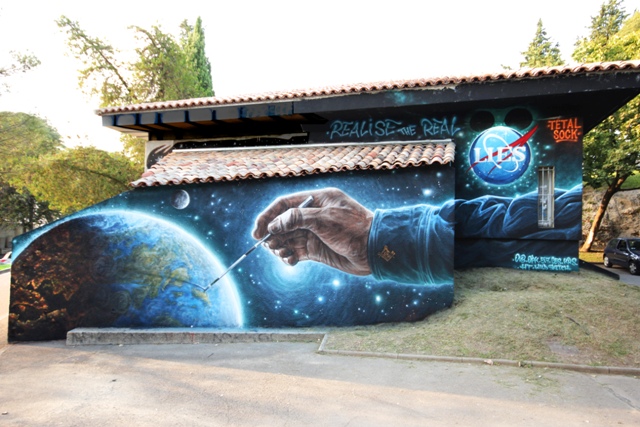 -What are your creative plans for the future?
Yeah, we are working on a lot of album cover art, t-shirt design, and various artworks for the french rap; Last year we published the first hip-hop comic book of France totally handmade with a famous rapper as our hero and we are working on the volume 2 as we speak. I’m planning less commission work but trying to bring the first festival of Graffiti/Streetart in my hometown Avignon, some exhibitions, and festivals, so i’ll keep traveling like always. Make more videos is definitely one of the creative point i want to develop, and more connections

-Is there a little wish you have that not many people know about?
Ahahah and tell it there…Yeah i would love to get a partnership with a famous brand of spray can this year…Please put a spell on me! 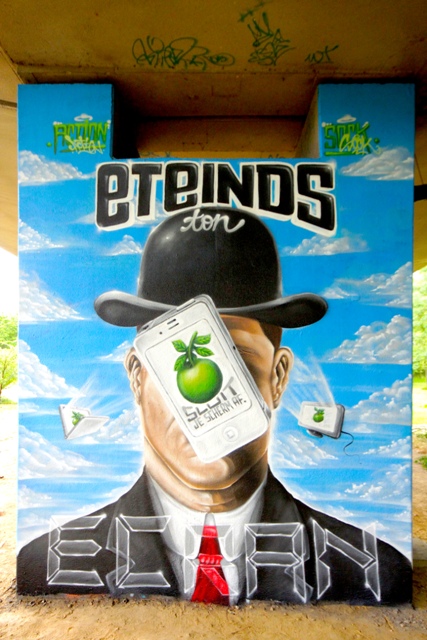 -Is there a specific thought or message you would like to pass to our audience out there?
Of course, i’m actually doing an international project called “Turn of your screen” or “éteinds ton écran” in french. The idea is to paint the sentence “Turn of your screen” into the language of each country i’m traveling to, with a clear and readable font, i have done more than 10 countries now and the message is simple : CONTROL YOUR SCREEN CONSOMMATION…Today the screens have taken the most part of our lives, in France we are at 5,5 screen for ONE house, so we should control how many times in a day we are looking at this blue light, a lot of people are falling into this recent addiction and a lot of negative point for the health start to come out. I could start to explain how all this “augmented reality” with the screen technology has been planned to disconnect us from our souls and the real life, and make us consent a bigger agenda of the new world order but that would be an other long chat…
JeazeR.I.P 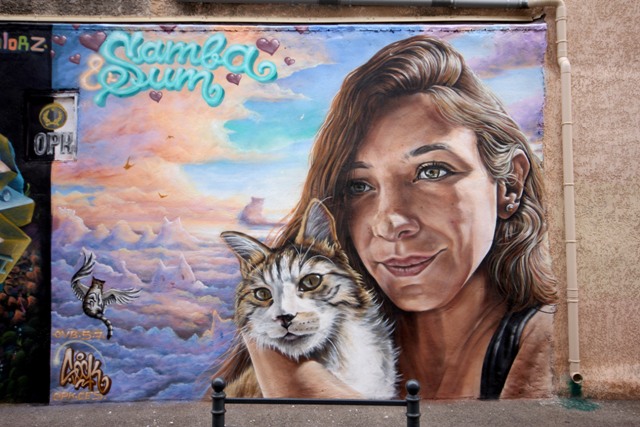 -Thank you Sock! It’s been great to get to know more about the mind and person behind such talented and inspiring works.

Meeting of Styles 2018 poster by Sock 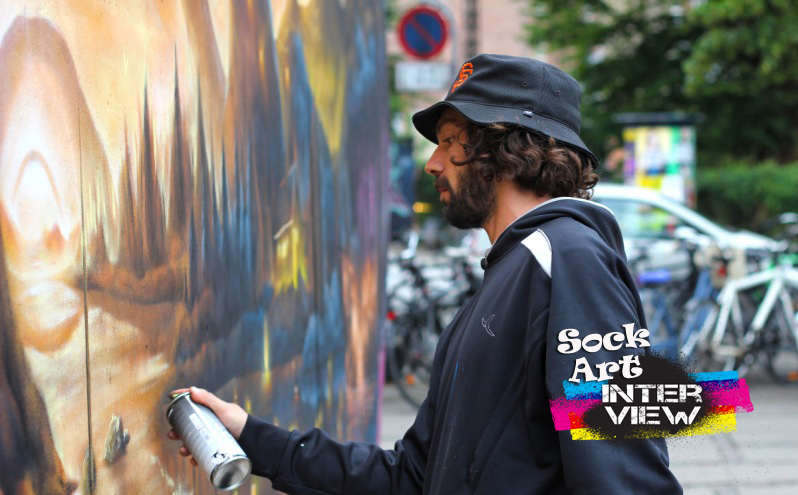