Miguel Angel “Michelin” Rodriguez, born and raised in Caracas (Venezuela) is now living in a small town in Galicia (Spain). Far from the huge urban area of Caracas, his art has changed to show his new reality in a small village, integrating local codes on his stencils. As we spent some holidays in Galicia, it was the perfect occasion to talk to Michelin, the “message craftman” as he defines himself.

ISSA – Hi Michelin, What You choose to drink? Coffee, tea, beer, soda or something else?

(Michekin Rodriguez)  – I’m really an addict to coffe, any time of the day.

Hi !! my name is Michelin Rodríguez!

It was my nickname when I was a child, I keep using it today.

– What do you consider yourself as? An Artist? A Street artist? Anything else?

I’ve never thought about it , I just do stencil , I have not invented or discovered anything new , I’ll let the viewer define it, some people define me as an artist, other  as a craftsman, other as a criminal ……. I like and feel comfortable with all these definitions, I like the term “rural art” if I have to be classified in any category or define my work. 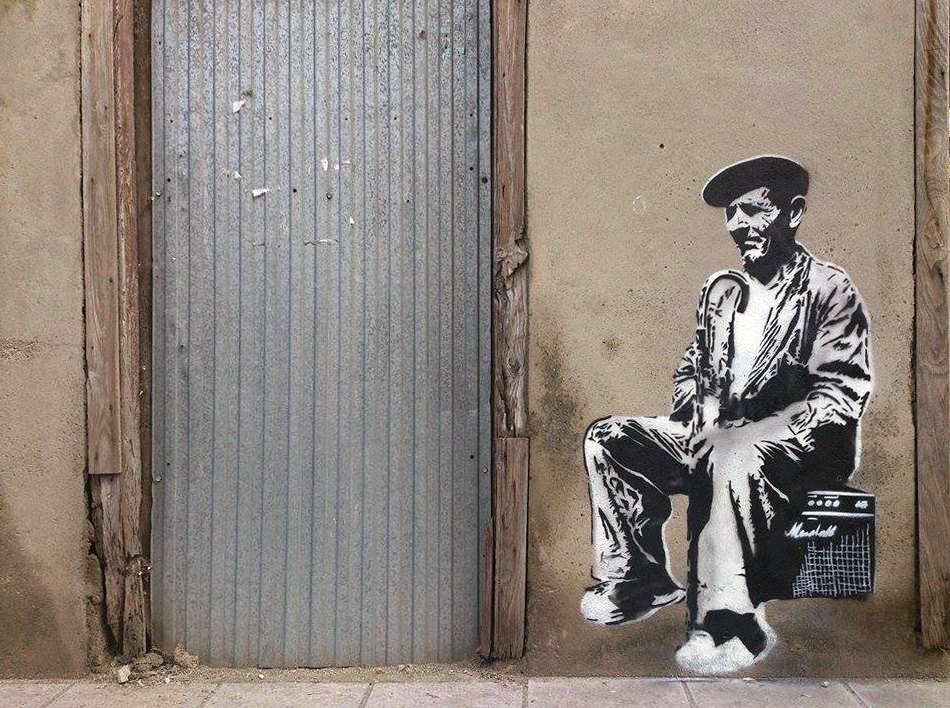 It began in Caracas in the late 90s , I was struck by the tags and art pieces that began to appear every morning in the city ; and wanted to be part of that movement. I met a friend who was already part of it, and he taught me what I needed to know in order to go out to say ” here I am , I exist bastards “.  Later, I started being interested in other aesthetic and others techniques , my motivation now is no longer a personal  and indivividual claim, motivated by ego ; but rather the intention to find a way to dialogue with society through the interaction between the workpiece and the viewer , in addition to the aesthetic research and the need to simply have fun.

Kiss my wife and get some coffee.

Music, like  salsa dura from the 70s, or lyrics from artists such as Apache , daily life, rural and peasant’s  life , reading some great thinkers and writers such as Bakunin or Krishnamurti among others , work and pieces from some friends ……… many things , situations and people you never suspect can become inspiring. 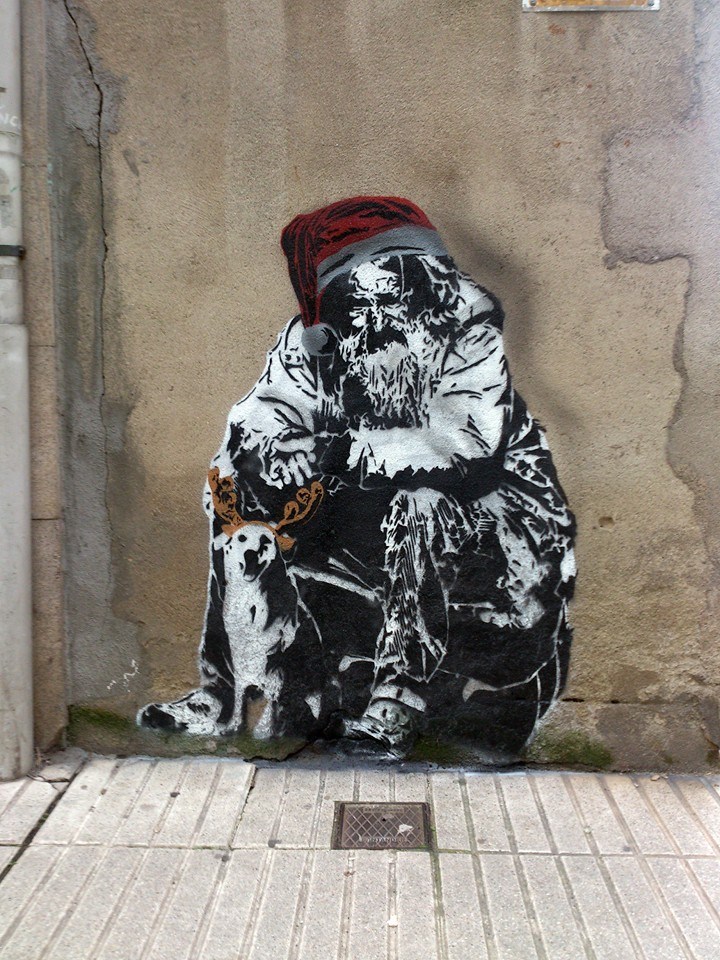 -Before Going to paint, what’s on your checklist to take with you?

-Do you have an artist you admire, and why?

I admire many artists like Blu, C215 , Bleck le Rat , Banksy or Devoner among others, also people who are not necessarily urban artists or painters, I admire them for the way they face their discipline, for the firmness in their speech and the constancy and consistency of their work; from musicians like Ray Barreto , Apache or Lee Perry, to film-makers as Tarantino , geniuses like Juan Felix Sanchez or actors like Leo Bassi among many others …

I prefer small cities and even little Galicians villages, but it’s true that for me London has a special something that invite to paint. 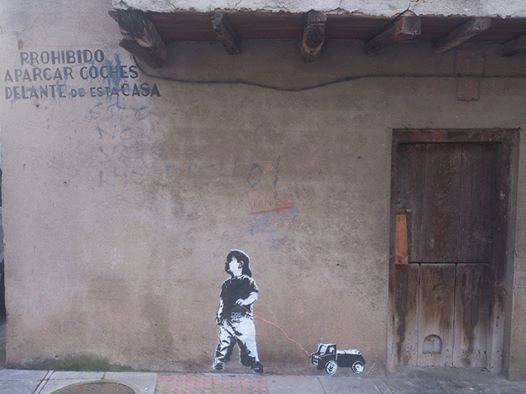 It is a secret (…laughs), but I can say that I would like to cover a great city like Paris , London or Madrid with small ants,  just like Bleck le Rat did in Paris in the early 80s with rats.

I work a lot with patterns and my work usually includes a lot of symbolism. Many times I try that my stencil becomes itself the message, the idea or the concept , sometimes it’s not , it’s just a painting with no more intention than the aesthetic and playful. 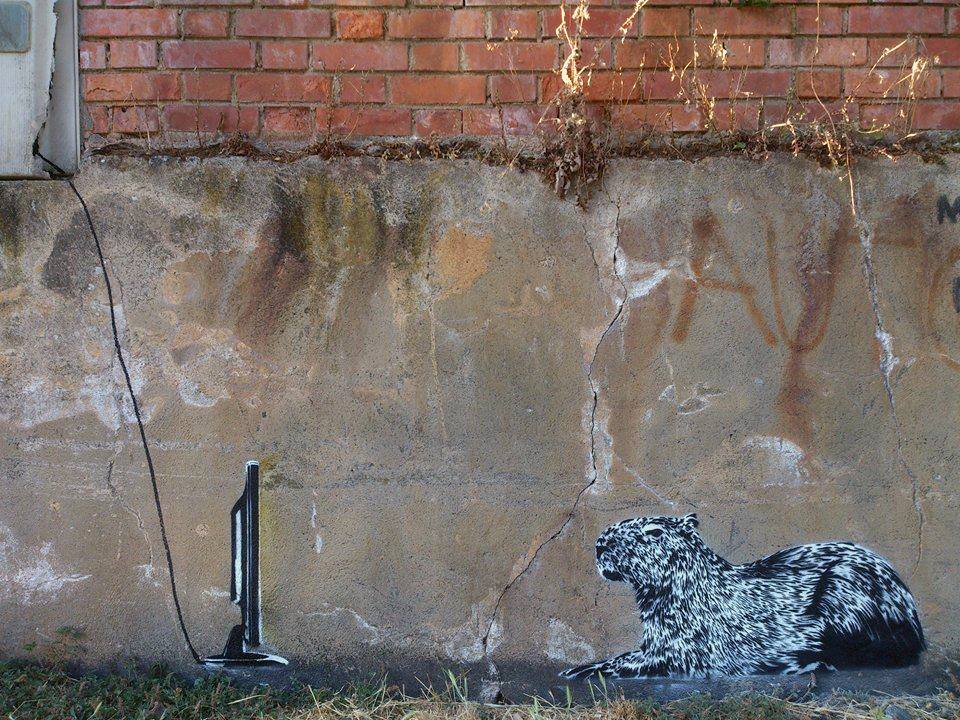 First, I have a moment of  frustration  ……. but those things happen, no problem , the street belongs to everyone, “shit happens.”

I like to think that people first think, and then they may develop feelings which in return will make them think even more deeply about whatever the artwork evoked to them.

– As an artist, do you feel having some kind of responsibility towards Society?

Talking about urban art, I think that if I use a public space, the first responsibility is aesthetic , I’m taking a site that belongs to everyone and leave it “better” or ” more beautiful ” than when I found it, moreover I would like use my work to change some minds and consciences towards a better society , but I’ve never met anyone who profoundly changed their moral values ​​and their way of understanding the world after observing a work of art, we all  interpret Art according to our own idea of reality.

Continue painting , I would like to paint in several places in Latin America and Africa.

– Thank you Michelin and good luck with your works. 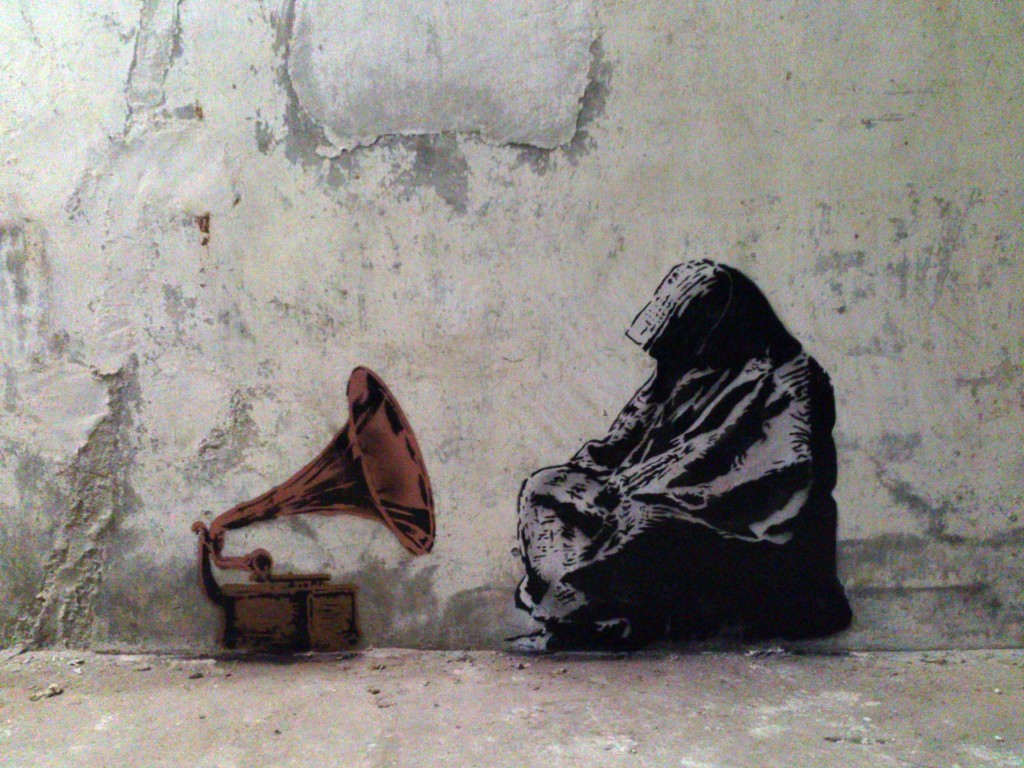 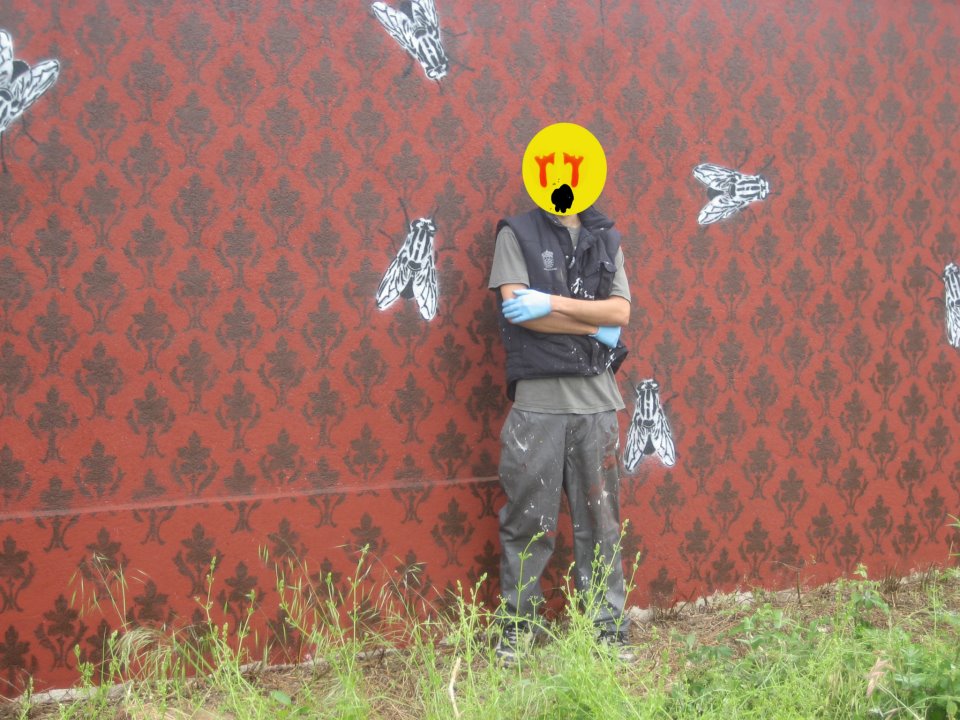