Brazilian born Fabio talks with us about his first influences, what made him start painting, how nature and indigenous tribes inspire him and what he would do if he could change this world we live in. It is a great pleasure to discuss with this wild artist who inspires us to keep on going!

(ISSA) –What you choose to drink? Coffee, Tea, Beer, Soda or something else?
(FPLO) Beer please. I am a fanatic for a beer… and beer combines perfectly with graffiti. kkkk

-Introduce yourself to us 🙂
Well, I’m FPLO, Brazilian, born in 1985 Architect and Urban Planner, and street artist since 2000. 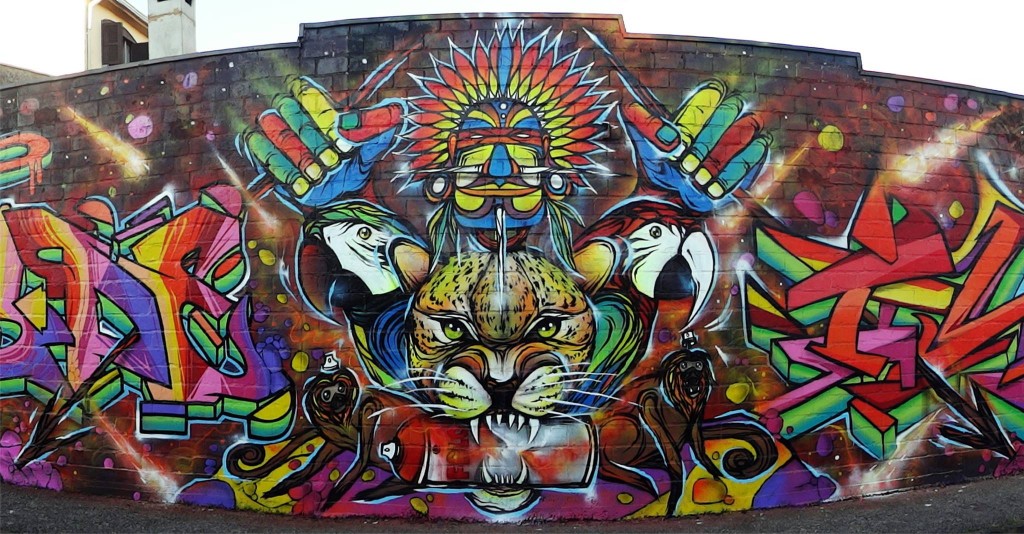 -How do you define yourself? Artist? Street artist? Anything else?
Artist … Graffiti, street artist, graphic designer, and all that art can still tease me … I never stop training the different possibilities that art offers me … But now, I’m focused on art in the street.
– How did it all start for you, and what is it nowadays?
Well, since childhood I always liked to draw … I was born in the city of Caxias do Sul, in southern Brazil, but my mother was born in São Paulo. Whenever I went in Sao Paulo to visit my family I was admiring the pixação and the graffiti … It was there where I had the first contact with the street art scene.  I started doing graffiti in the high school, with 14 years old … I bought some magazines from São Paulo because at the time there was no internet or much information about graffiti in my area … I Studied some letters and had a brief Scene in pixacao … Soon, I began to make throw ups and then some drawings … In Brazil is common to start with the pixação …
Today I do what I like… Travel and paint… evolves day by day… Street Art is my life…

-What is the first thing you do when you get up in the morning?
I always get up early, I organize myself and go to the office that I work with architecture and art every day.

-Street art is mostly a visually stimulating form of art. To add one more sense to it, what music would you pick to accompany your art work?
Marcelo D2, A arte do barulho.

-In all forms of art, inspiration is crucial. What inspires you?
Nature and it’s forms … The fauna and flora … the indigenous tribes …

-Before going to paint, what is on your check list to take along?
Paper, pen, sprays and some beers. 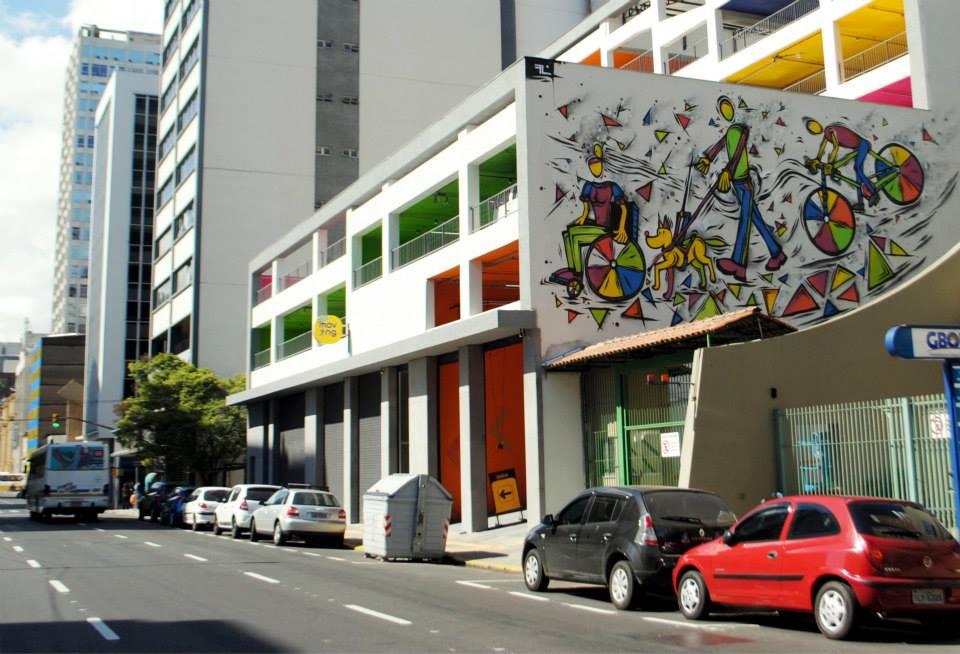 -Do you have an artist you admire and what for?
Various .. If I were to quote, would lack space .. I am a great admirer of other colleagues and artists who have not personally know .. I’m always following the Internet everything that happens every day with street art .. And Every day I discover another artist I start to admire ..

-Which cities do you think are the most inspirational in Street Art?
Sao Paulo, New York and Paris. I love the real graffiti spirit of the three cities … Tags, Bombs, Graffiti and Street Art..

-Do you have other passions apart from art?
Football, Surf and Skate .. But I`m not good .. just accompany and sometimes I practice for fun .. 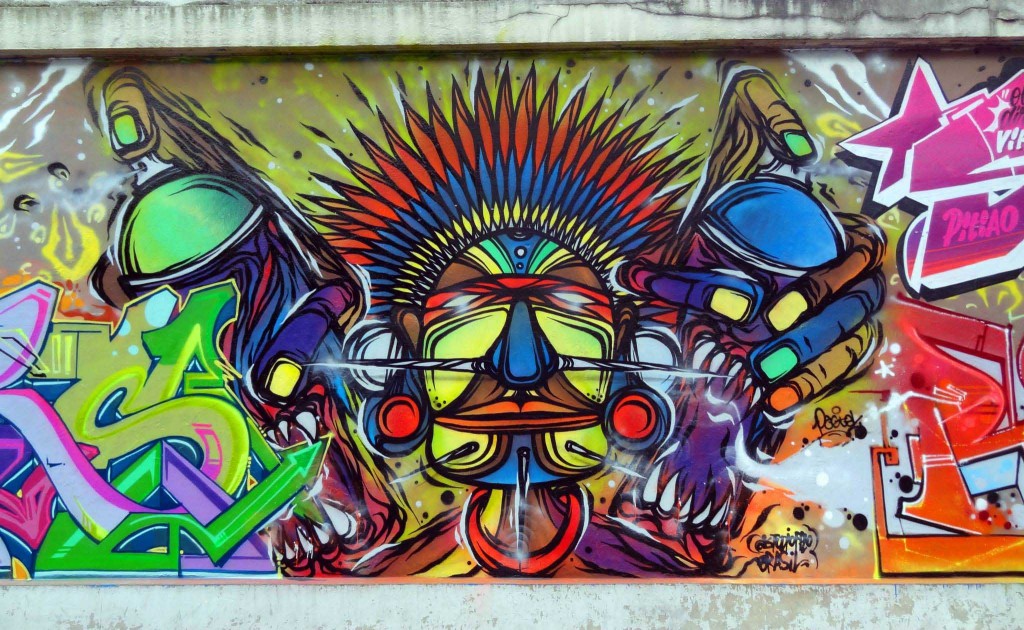 -What is your wildest project that you dream of achieving some day?
I already achieved a great goal and be able to travel to paint … My goals are to continue studying and practicing my work to be able to get more and more recognition in the “business” I love. Street art.

-Does your art include symbolisms, messages or repeated patterns?
I try to pass my paintings a message that reminds the disregard for the indigenous people and the animals that live on the same planet as us … And sometimes repeating some characters … If suddenly the very style of organic and free lines, and the use of many colors to contrast with the gray of the big cities …

-What is your reaction when you realise someone has vandalised your creation?
In 15 years of art, I’ve never seen my painting vandalized … Respect to be respected. This always will be the law of the street …

-What do you think people first think or feel when they see one of your works on the street?
It is very difficult to think what others feel … But I think in general people identify and like my work because of the wide range of colors that awaken joy in the midst of urban chaos … The people pictures indigenous, animals, the vegetation, the natural elements that nowadays no one sees more in the streets due to the large growth of cities which are aimed at money from the construction of the urban masses. I think that people have forgotten that the greatest work is the work of God, nature … And when this step for a mural, people feel closer contact with what no one sees more in the streets … 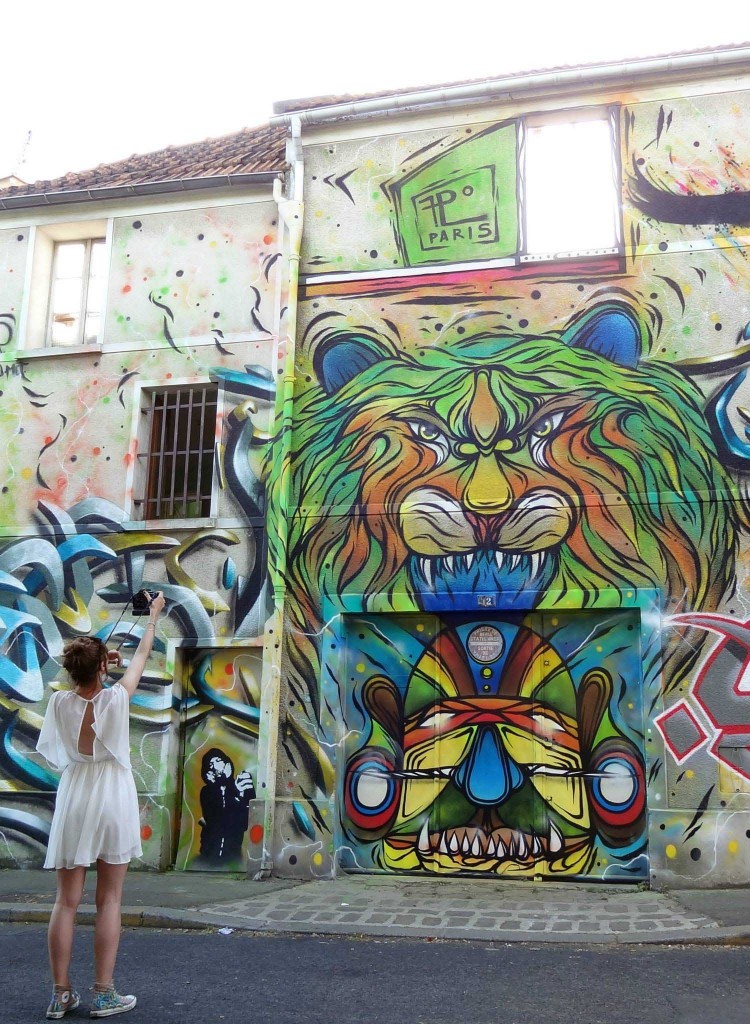 – If you were a world leader what would you change?
I Would end the existence of money. It sounds stupid, but I think that money is the main source of power .. It is what divides social classes … It is the source of wars and competition for territories … It is what doesnt leave us live in peace. Is it surreal to think that, and almost impossible ? …

– Is there a question you think is important but no one ever asked you?
That I’d rather not answer … Because if I answer one day to Go ask me for asking … But it exists, it exists.

-Do you have any interesting creative plans for the future?
Well … my life changed a lot in recent years .. I finished the university in 2012, the year que I’ve been to paint the first time in Europe, the Meeting of Styles Greece. It was there I met que the staff of Eskis Company, and received an invitation to illustrate the first limited edition with artists for the brand. After 2012 and all these facts, I never stopped traveling to paint … People Increasingly Encourage me and say how my art has a different potential, colorful and expressive and free lines … Every day has Appeared with more opportunities to paint and draw in events for major companies .. I’m surprised with my life, but I’m making the most of it and doing what I like… Graffiti.
I really want to paint building facades … Increasing the scale of my imagination … And besides keep traveling and painting a lot in the street, paint a little more screens to display in some future exhibitions …
– It’s been great to get to know more about the mind and person behind such talented and inspiring works. Thank you !
Thanks my bro, for supporting my art and good arts around the world ! I ve been following you since 2012!

You can see more works of FPLO here. 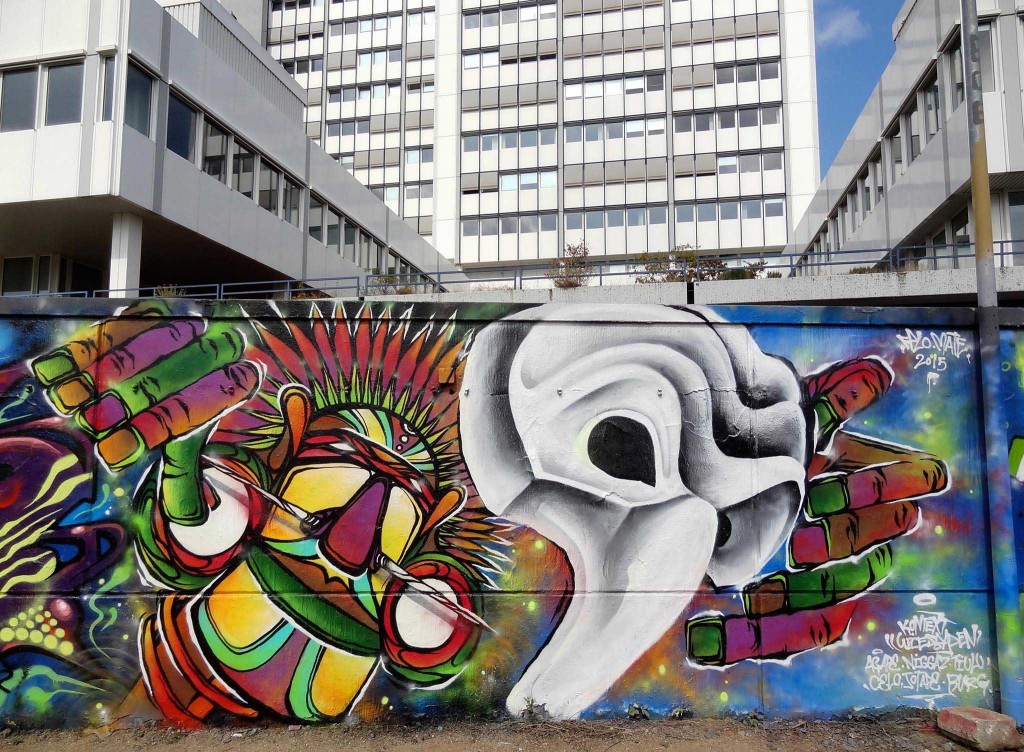 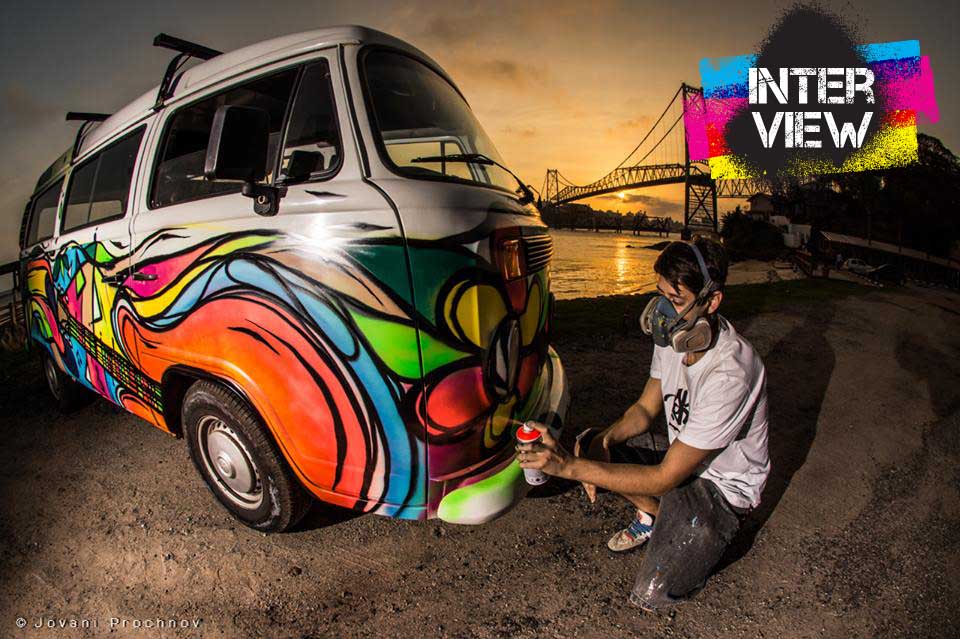