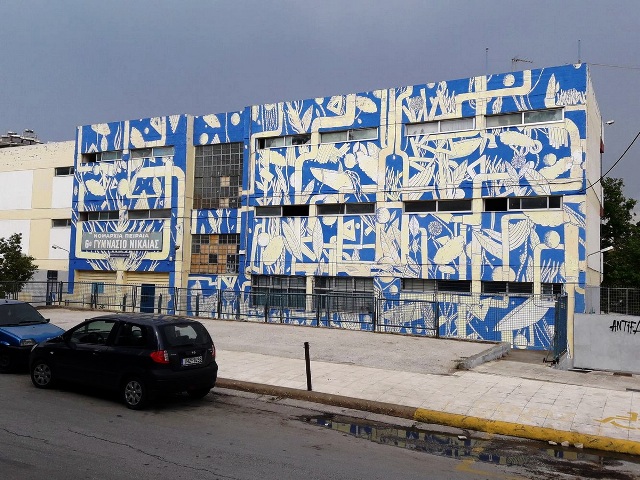 Federico Carta aka Crisa was in Athens and recently finished a mural for Athens Street Art Festival, curated by Andreas C Tsourapas and a group of committed individuals who are guided by a passionate belief in the power of urban art. 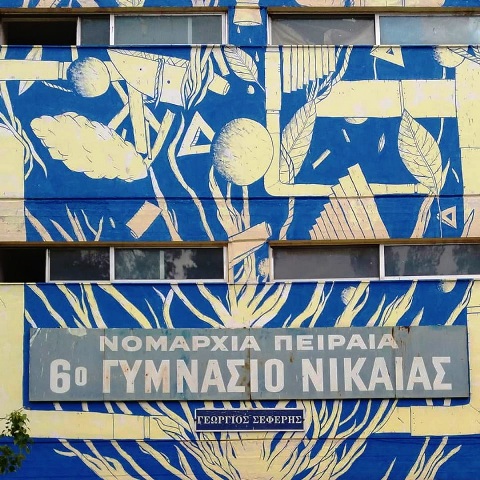 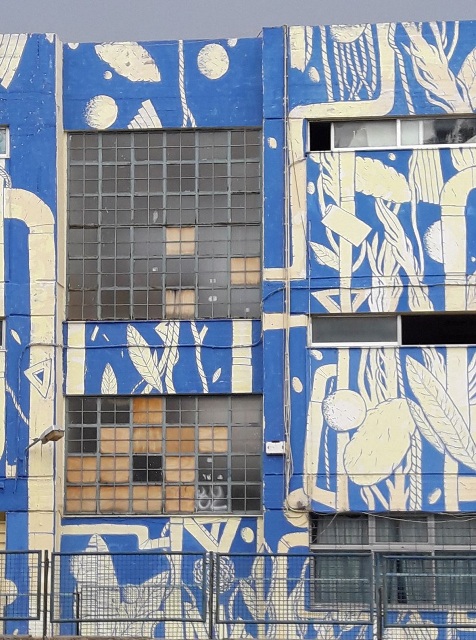 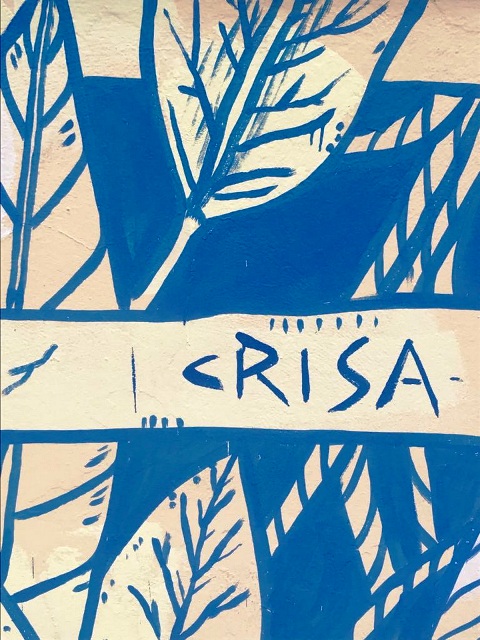 About The Mural
Federico Carta aka Crisa has been inspired by dumping grounds and abandoned cities where nature awaked and took back the space. He has just completed the mural in which a set of pipes, ropes, geometries and spheres are mixed with natural elements, suggesting an urban forest. This mixture of elements creates its own harmony and balance between the forms despite the chaos.
The blue color is inspired by the Greek flag while yellow is the upmost color of the neighborhood. 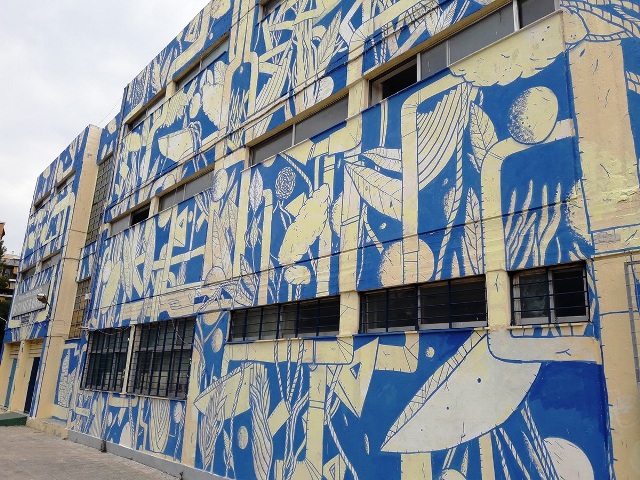 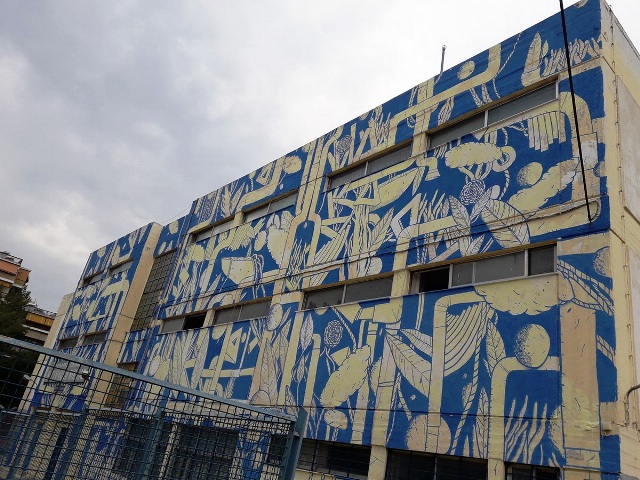 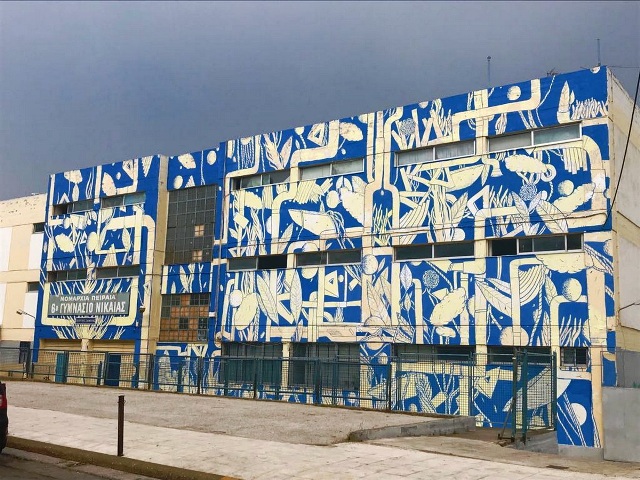 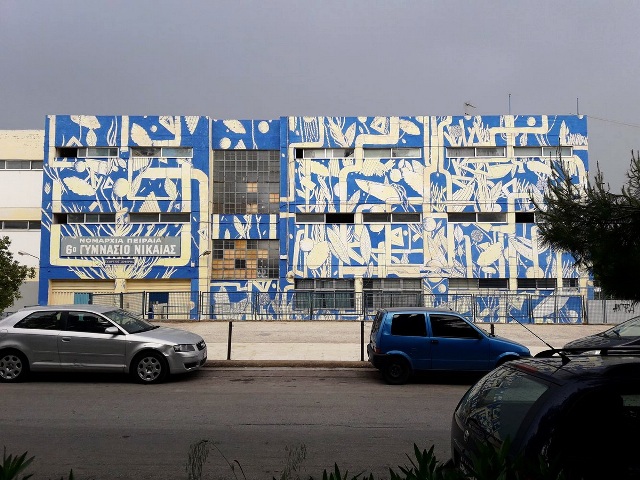 About The Artist
Federico Carta aka Crisa was born in Cagliari, Sardinia in 1984. Self taught, he has experimented since he was a child, and in 1996 he began to paint graffiti on walls while also painting on various recycled materials and canvas. As time goes by, he continues his research in the city, on the roads. His themes are related to nature but also to the metropolis. Experimenting with techniques and materials, he developed a personal style of research, in which his paintings deal with degradation and environmental themes often in a metropolitan setting utilising the different symbols of his poetic imagination; antennas, washing machines, plants and buildings, wastelands etc.

About The Project
Athens Street Art Festival is a Non Profit, Non Subsidized, Non Governmental and All Volunteer Street + Urban Art Festival established and based in Athens, Greece attempting to promote Social Conscience and Action through Art. The Festival invites a series of exceptional artists and innovative thinkers committed to fostering awareness and education for social change. Through this collaborative effort, the group provoke new perceptions, broaden awareness and education and find creative solutions.
Since its establishment almost 10 years ago the Athens Street Art Festival lead and curated by Andreas C Tsourapas hosted more than 170 artists, and painted in 8 different Municipalities of Athens more than 32,000 m2 of Murals….becoming one of the biggest festivals worldwide.