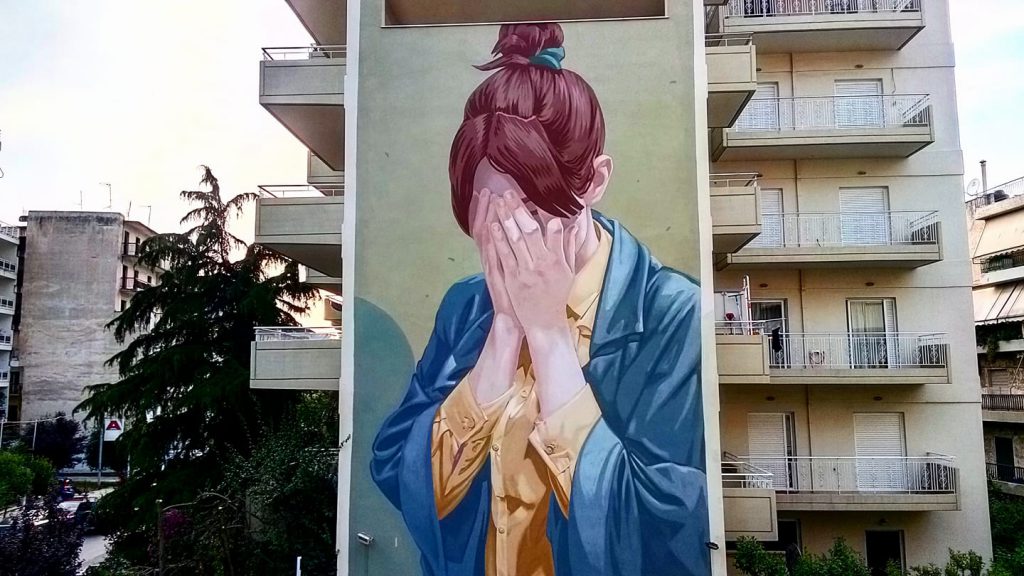 The 3rd International Art Festival of Patras ArtWalk 3 is changing the city! The latest mural so far is by Dimitris Taxis under the title: “Insinuation of a truth”. The female figure covering her face can be interpreted in several ways. However for the artist its more simple than that.The gesture can be considered as expressing sorrow or disapointment, maybe even pain or stress. For Taxis, it can simply be shyness! Whatever the case this latest mural, in a city that has just recently woken up to discover the power of street art, it is an monumental landmark which is there to stay along with several other fine works made so far. More will follow and we surely cant wait to see them. Stay tuned as ISSA will be presenting them piece by piece as one of the official partners of this unique event! 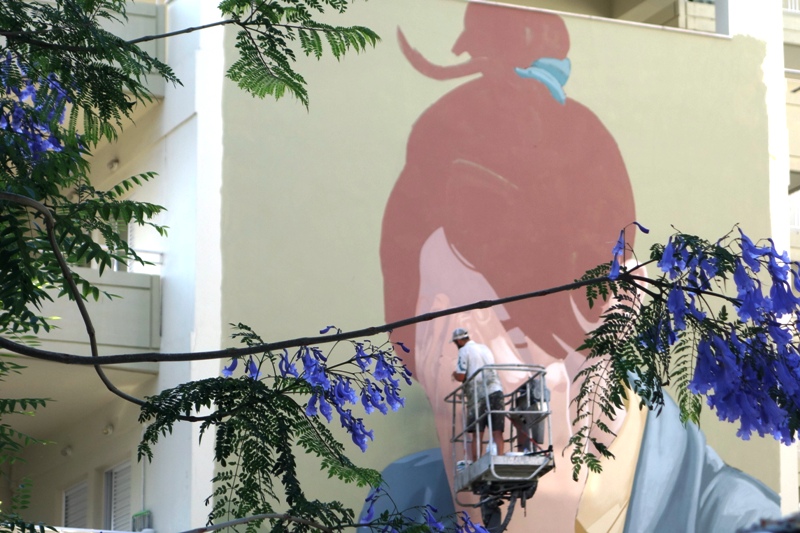 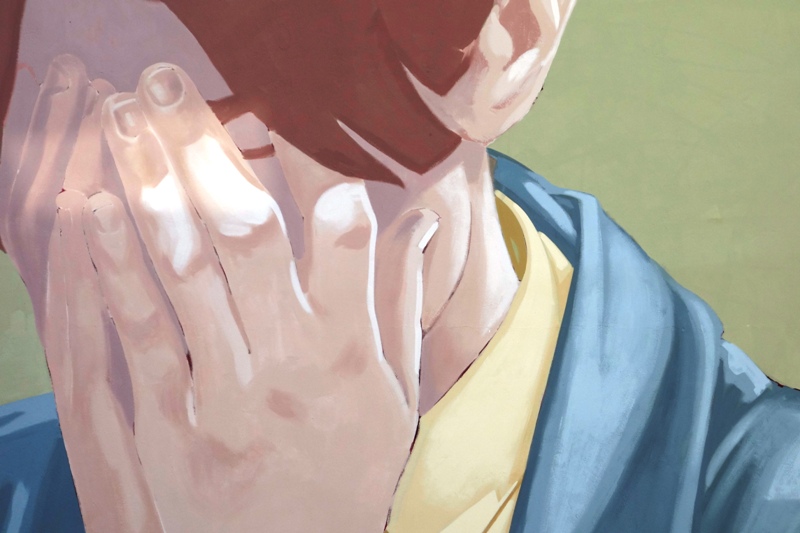 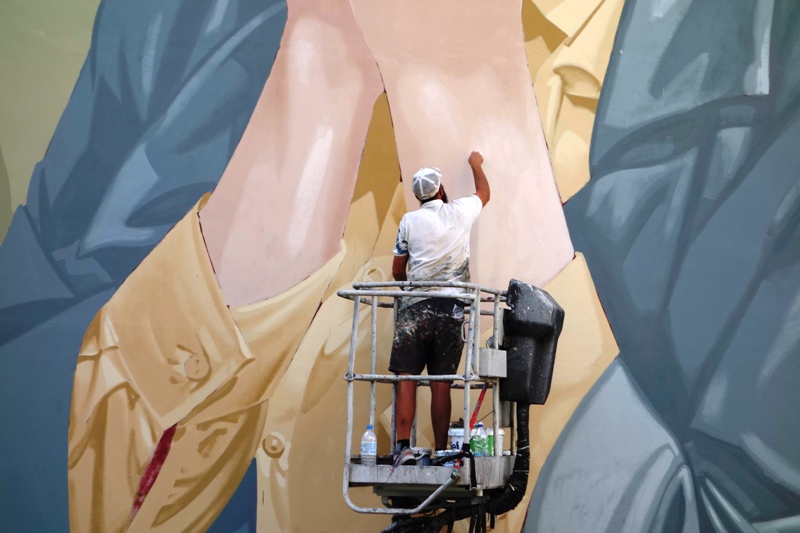 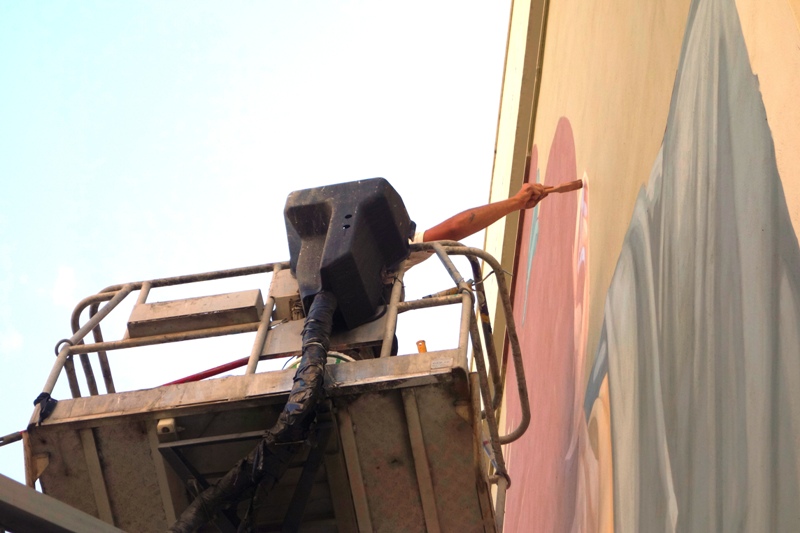 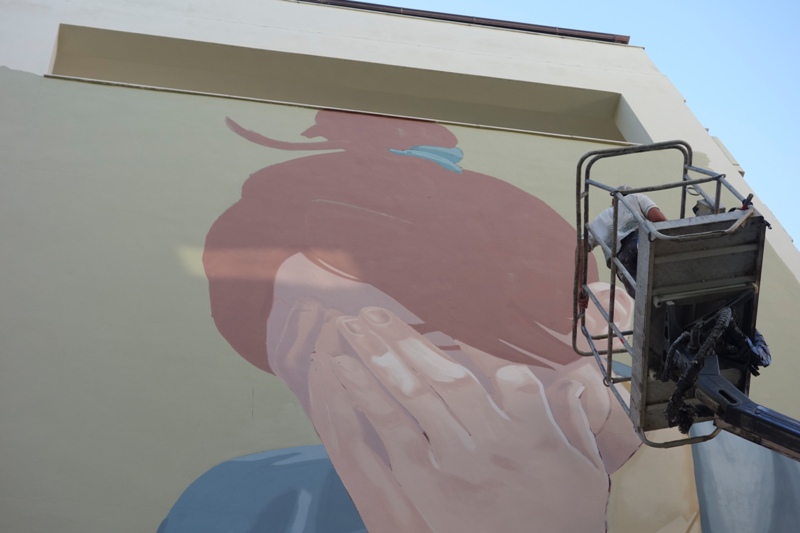 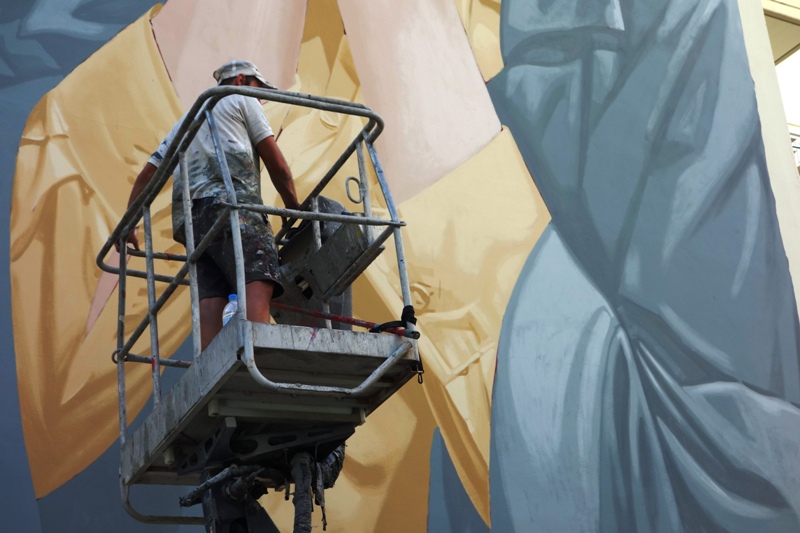 D. Taxis was born in May 1983 in Szczecin, Poland. He has been influenced from the history of Polish art and his father’s Greek character / painter. At the age of three he moved with his parents to Athens. Taxiarchis studied painting at the ASKT. of Athens under the guidance of professors Rena Papaspyrou and Marios Spiliopoulos and graduated in 2008.

His graffiti story, began sometime in 1998 during a family holiday in Poland and has been active since 2005. Taxis was distinguished in 2002 in the new talent comics contest of the magazine “9” of Eleutheratia. In 2005, he launched the comics in Babel – comic magazine and not only. He has illustrated works for the LIFO magazine, CINEMA, NON PANICA and others.

He was the director of photography in the long film “A Pink Ridge” by N. Pomoni, who was distinguished at the 47th Thessaloniki International Film Festival and collaborated in the scenes of the film “Pink” by Alexandros Voulgaris.

He has participated in several Babel comic festivals from 2005 to 2009 and at exhibitions in Athens, Belgrade and Beijing. In his frescoes and canvases he presents human scenes, modern life, provocative thoughts and stories. Techniques that work are many different as they use different materials. 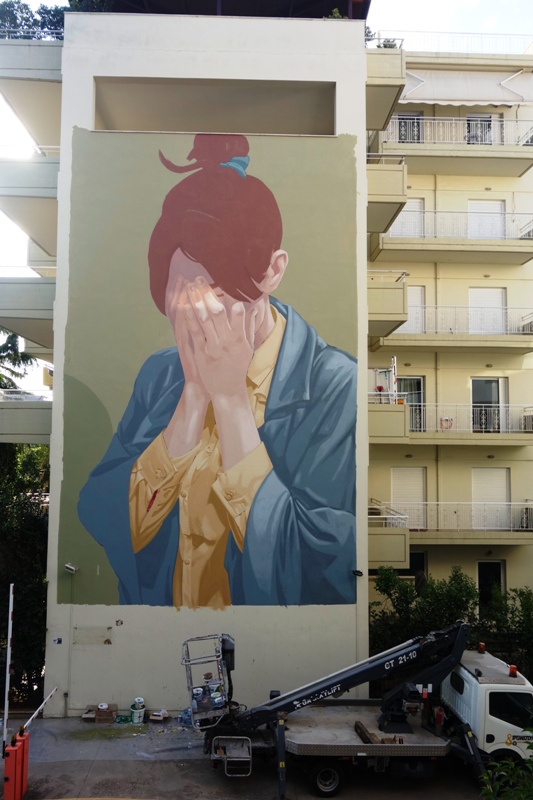 The fresco was painted in Patras on 19 Nicosia Street, and was fullfiled by the end May.

Watch TAXIS projects on his page and social media:

Follow Art in Progress and the latest news of the 3rd International Street Art Festival in Patras| ArtWalk 3:
https://www.facebook.com/artinprogress.patras